As we mentioned in the previous post, unwanted spoilers are the worst. We would love to tell you about the lore with details, but it is impossible – We want to let you discover the full story on your own! Before we continue, let’s briefly summarize the information about the lore from the two previous parts of the devlogs:

Nevertheless, we will try to answer the previously asked questions without spoiling the experience of discovering the puzzles.

So – who exactly is the Teller? What tragic consequences were we talking about? Can we tell you more about the fate of the World? Well. Yes, and no. 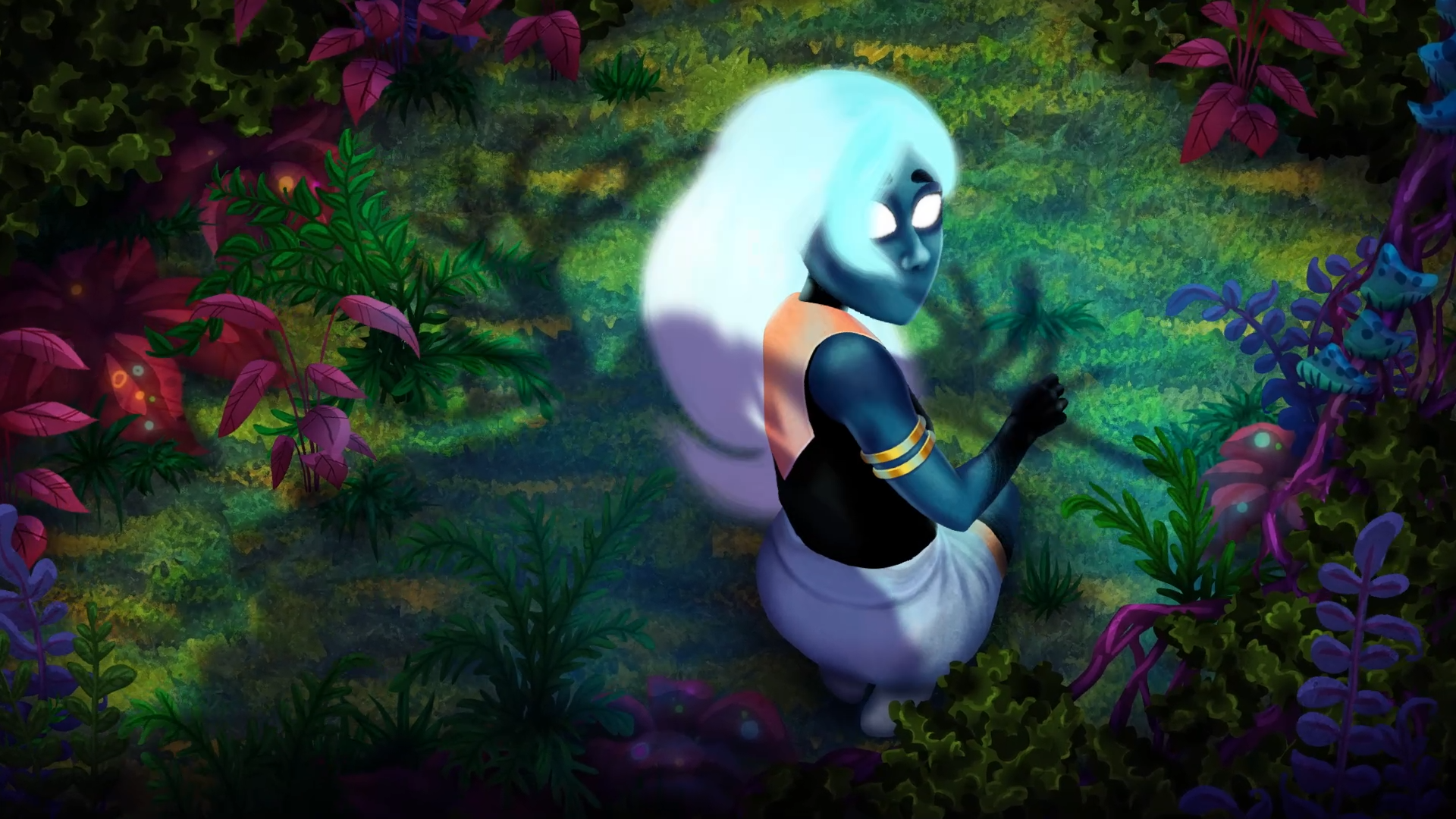 Teller wanted to form the World, which would be in perfect harmony with him. However, his endeavors were in vain, and the whole World began to fall apart. To save his Creation, he chose to bring to life his Last Child – Rin. He endowed her with the gift of free will, which could change the fate of the once beautiful lands. 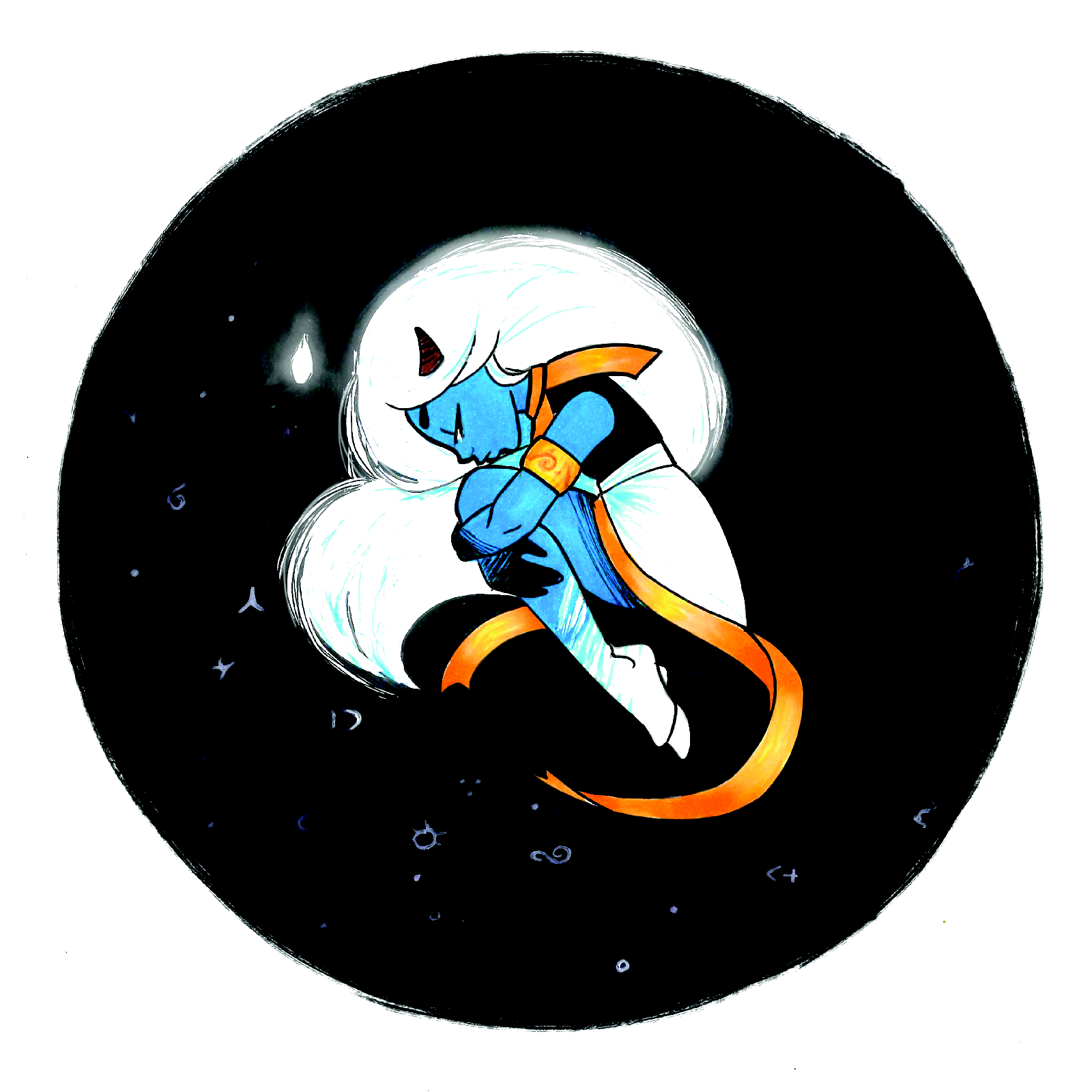 The Teller’s and Children’s motivation remains to be discovered by the player. During your adventure as Rin, you will meet other Children and learn about their stories, which will reveal more about the lore. Exploration will allow you to find out what happened in the past. During this mission Rin’s free will can be your best ally. You will decide what to do with the obtained information and powers: you will create the spells you want to use, and the fate of the creatures you meet will be up to you. 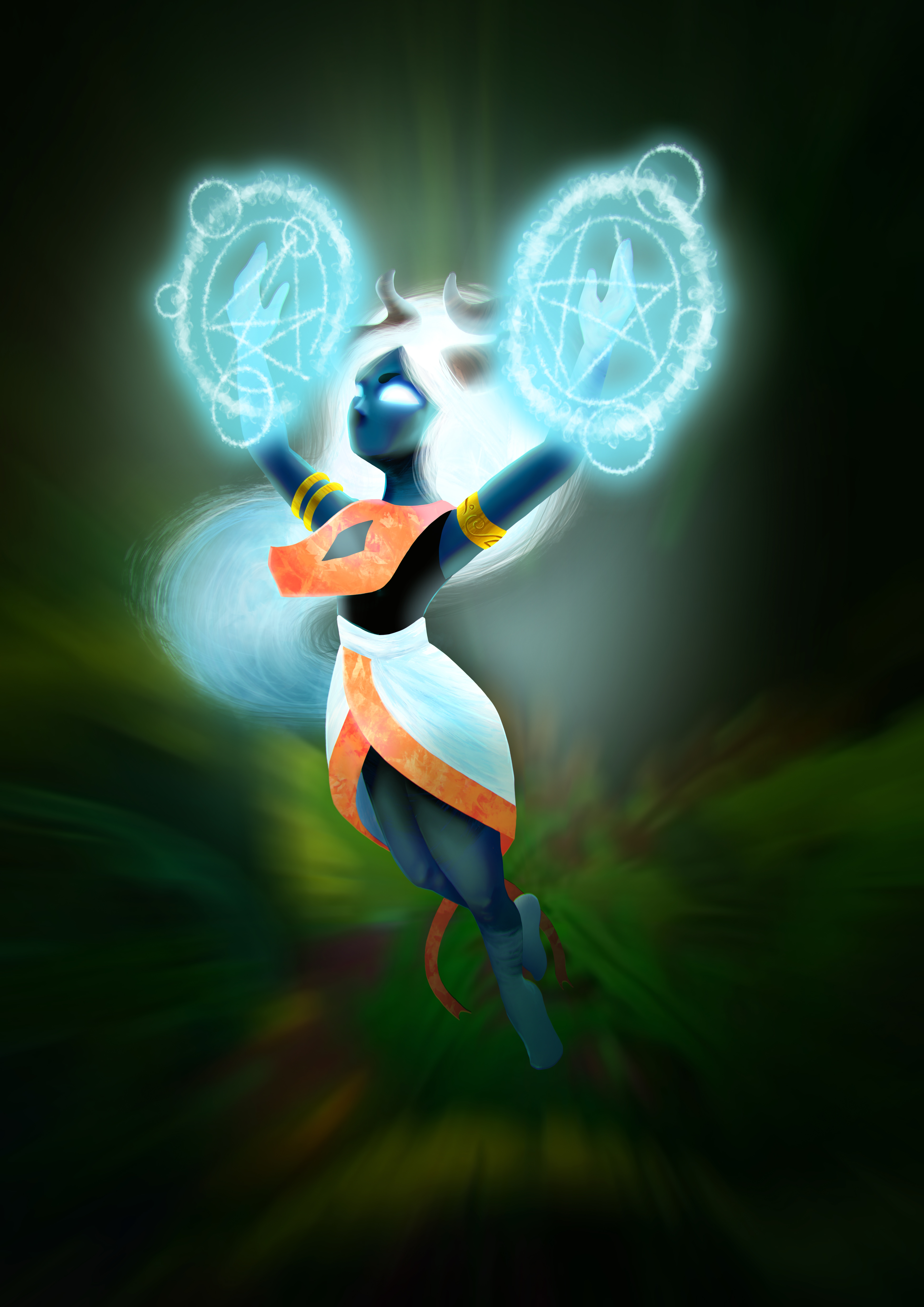 We prepared the plot, so we had to create the fitting main character. As we decided on the dark fairy-tale atmosphere of the World, we also wanted to stick with it while creating Rin. It was important for us to make her look like a part of it. 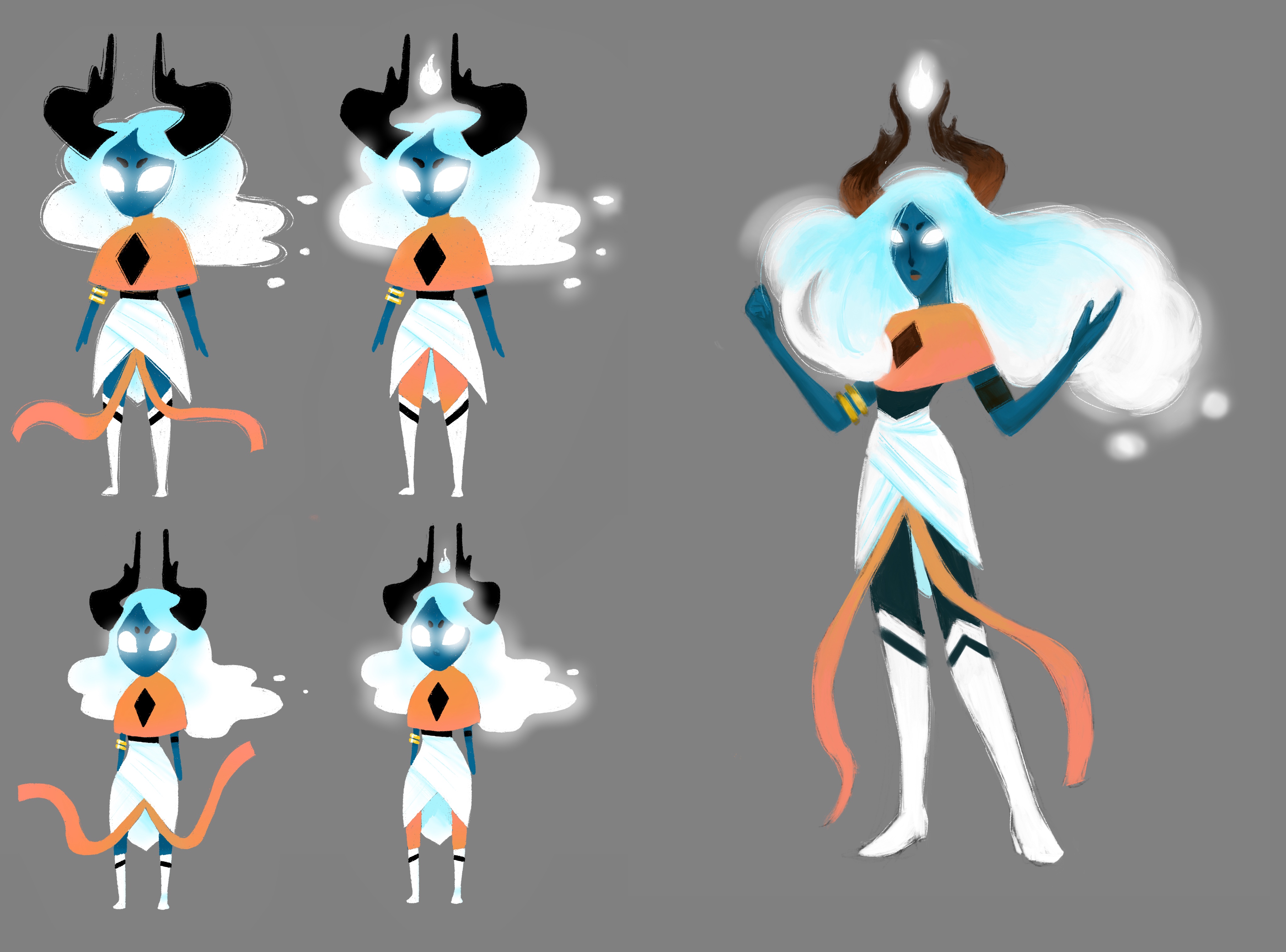 There were definitely many concepts for the main character, but the general idea of Rin emerged quickly, so we were left to experiment with her final appearance. We even tried the horror and chibi-style versions (which we finally declined). We tested the look of various details as well as variations of them. 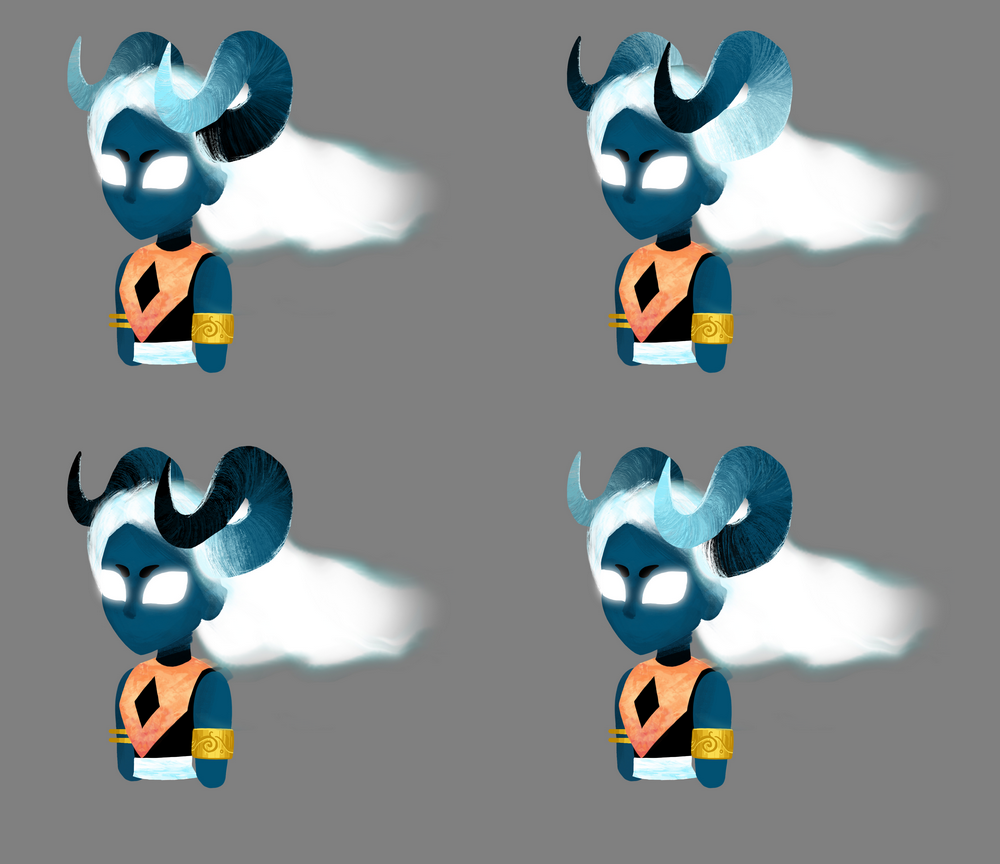 Unfortunately, although we had many ideas for the variations, they turned out to be a bit problematic. We decided to use the 3/4 point of view of the character in-game, so the add-ons like horns were not so well exposed.

We had at least a few different add-on ideas, such as a light or a lantern between the horns. But we gave up this concept due to its over-complexity and lack of good visibility in the game. Instead, we focused on glowing hair and eyes. It was simpler to do effectively, but it still looks good! It definitely gives off a magical vibe, so we think it was the best style choice.

She used to have “cloudy” hair. We tried to make it work with Unity physics: the intention was that her hair would move regardless of the character’s animation. Unfortunately, we had a bit of trouble with that. The hair liked to get buggy and fly away.

It turned out to be easier to remake the animation in Spine and then add it to the game’s engine. When changing the method of execution, we also changed the way Rin’s hair looks. Now, she has hair with the “floating in the water” style! 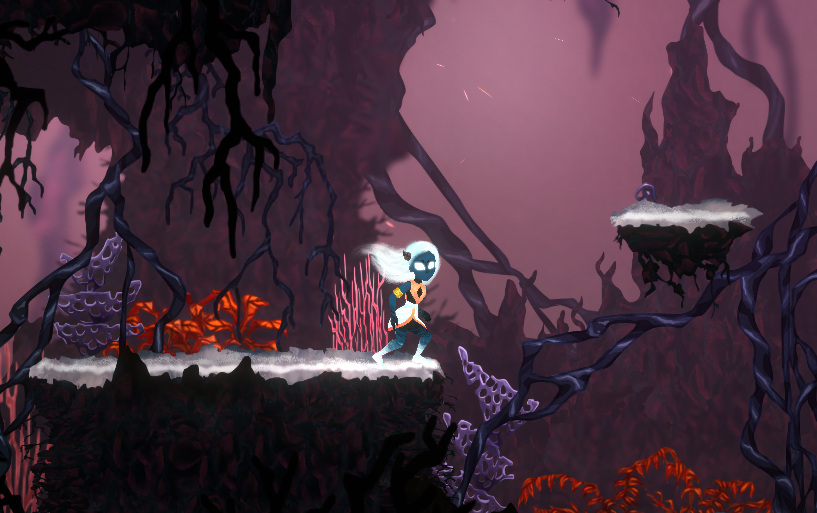 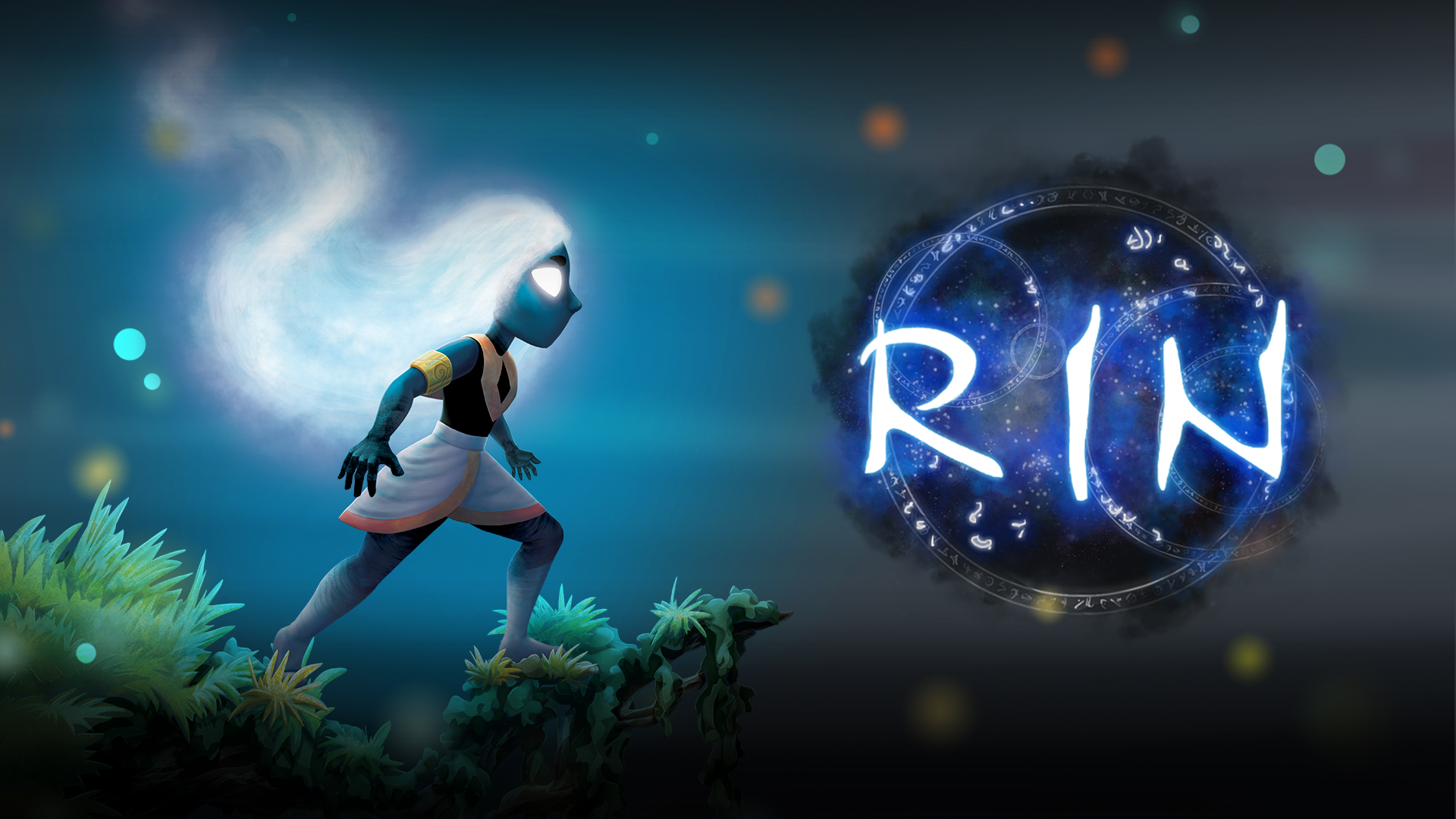 Today we brought you closer to Rin, her story and concepts. It is a good introduction to the game’s World, systems, abilities, monsters… which we will describe in the following parts! It should be easier to understand for you next time.