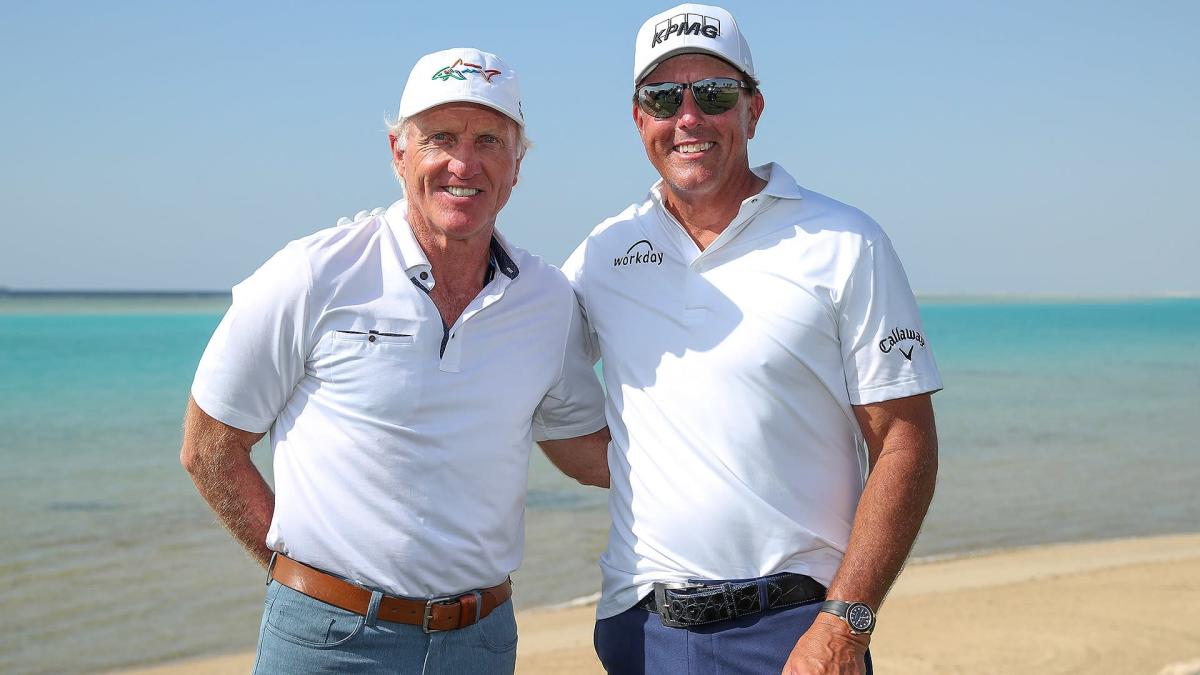 In this week’s edition, we break down the PGA Tour’s decision to deny conflicting-event releases into LIV Golf events, marvel at more losses for Phil Mickelson and lament Greg Norman’s status as the face of the rival league.

Max [Homa] perspective. One of the Tour’s most entertaining handles on social media has officially upped his status to one of the circuit’s bona fide stars, be it on Twitter or the golf course.

Homa won for second time this season on Sunday at the Wells Fargo Championship, one of the season’s most grueling events, weather-wise, with temperatures in the 40s on the weekend and soaking rain on Thursday and Friday.

He became one of four players to have at least four Tour victories since May 2019 – a list that includes Patrick Cantlay, Rory McIlroy, Collin Morikawa and Justin Thomas – and he solidified his status as one of the circuit’s most refreshing interviews at TPC Potomac.

“Sometimes my life feels too good to be true and this is one of those cases,” he said after his two-stroke victory. “We joke about it, but the perspective of knowing whether I won or didn’t win, I’m going to have a little boy coming with my beautiful wife. It’s cool we won, but end of the day, that’s going to be the biggest trophy.”

My soon to be born son is gunna have a hell of a job topping that Mother’s Day. Good luck kid! Thx for the support everyone. I appreciate u all! #golf

Made Cut-Did Not Finish (MDF)

A hard line. Surprise. That was the reaction across the Tour spectrum when the circuit announced on Monday that it would deny all conflicting-event releases for the first LIV Golf invitational series tournament outside of London in June.

There had been many who thought the Tour would grant the first round of releases based on what had been allowed historically. Players are allowed up to three releases a season and as recently as February the Tour granted nearly two dozen releases for players to participate in the Saudi International, an event on the Asian Tour schedule.

According to one letter sent to a player who was denied the release, the catch for the Tour appeared to be what’s next. “It is an eight-event series with half those events played in the United States,” the letter read.

The Tour’s regulations don’t allow for releases into events played in North America, which would include five of the eight LIV Golf events, and it appears the circuit was in the mood to send a clear message.

Phil Mickelson lost $40 million to gambling from 2010-2014, according to biographer

Being Phil. Phil Mickelson remains committed to play next week’s PGA Championship, where he will be the defending champion. But if the southpaw does show up at Southern Hills, his status as the 2021 champion will be an afterthought.

If Mickelson does play the year’s second major, which seems unlikely, and he does speak with the media, which seems more unlikely, the questions would start with his critical comments of both the PGA Tour and LIV Golf, as well as his self-imposed hiatus from the game since January.

Add to that list of questions reports from Alan Shipnuck’s upcoming unauthorized biography that Mickelson lost $40 million gambling in a four-year period. To put that in context, Lefty has earned $94 million in his career on Tour which means after taxes, he’s lost the majority of his lifetime Tour earnings, according to the report.

It’s no secret that Mickelson likes to gamble. The real revelation here is that he appears to be bad at it.

LIV lost. Whatever comes from LIV Golf and the most profound threat in decades to the Tour’s status as the pinnacle of the professional game, it seems there is one universal truth – Greg Norman wasn’t the right guy.

The divide between the Tour and the Saudi-backed LIV Golf events was always going to be decided in a court of law, but the decision to make Norman the front man for the start-up league was a wild misstep.

Greg Norman on Jamal Khashoggi murder: ‘We all make mistakes’

The Australian seems more interested in avenging old beefs with the Tour over his “world tour” concept than finding some sort of middle ground, and many of his moves range from the petty (holding the first LIV Golf invitational series event, essentially, next door to the DP World Tour headquarters) to the offensively disconnected and insensitive.

In an interview with The Times last week, Norman was asked about the Saudi murder of journalist Jamal Khashoggi: “We’ve all made mistakes and you just want to learn from those mistakes and how you can correct them going forward,” he said. Norman was also asked about the Kingdom’s horrendous record on gay rights: “I’m not sure whether I even have any gay friends, to be honest with you,” he said.

Tweet of the week II: @Karrie_Webb (Karrie Webb) “The little girl in me just died well and truly! Has anyone’s childhood hero disappointed them as much as I am now?”

The World Golf Hall of Famer was responding to Norman’s comments this week and speaking for an entire generation of Australian golfers whose hero has proven to be impossibly flawed.