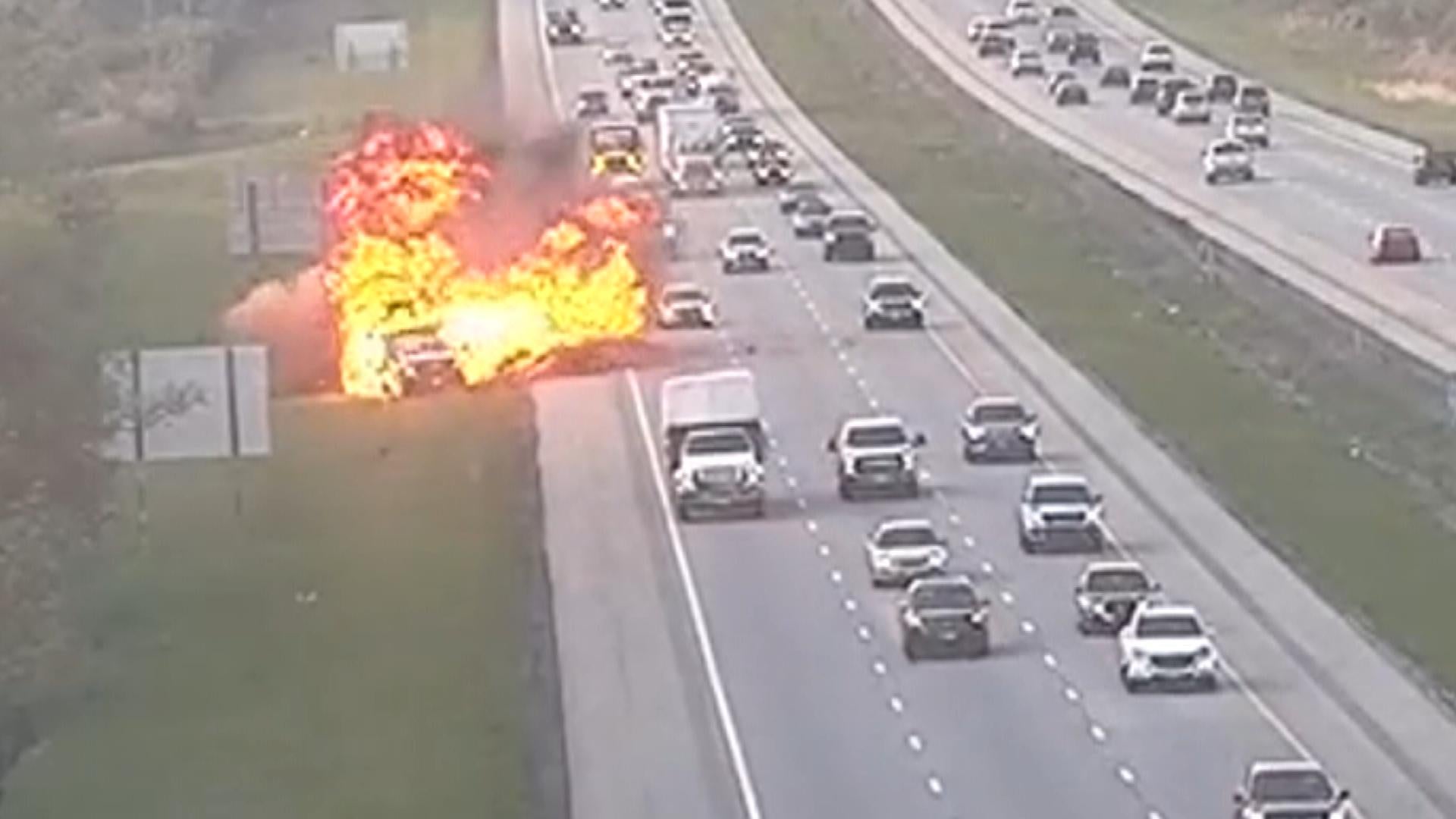 A fiery crash on an Ohio highway left two people seriously injured. The Summit County Sheriff’s Office says a dump truck was traveling on I-77 in the City of Green when it struck a Department of Transportation vehicle that was on the side of the road. The crash caused an explosion and both vehicles caught fire. Deputies were able to save both drivers, who suffered serious injuries and were taken to the hospital. Inside Edition Digital’s Mara Montalbano has more.