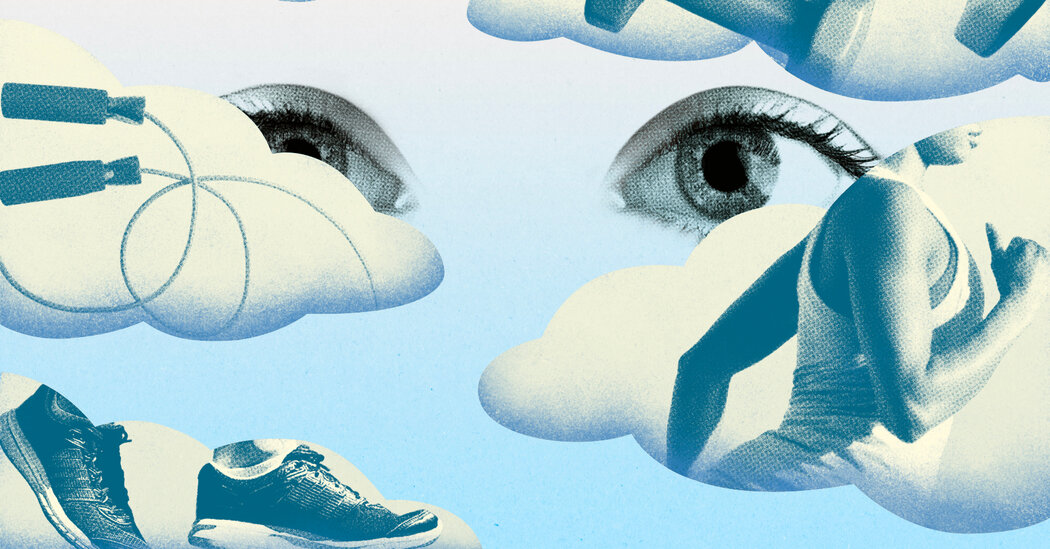 Rather than capitalizing on the “New Year, new me” mind-set that tends to crash and burn by February, Ms. Leavell encourages her clients to do what feels good and avoid what doesn’t. “Body neutrality is about reframing movement as a lifelong practice that will change with you,” she said. “Bodies change, abilities change, and it’s important to listen to your current body, not what you think you should be able to do.”

She also places emphasis on movement as an intrinsic source of pleasure, not a means for delayed gratifications like a cookie, better-fitting clothes or approval from your doctor. “I operate from a space where exercise is fun and engaging, just because it is,” she said.

If you’re worried that you’d never work out if not for long-term motives like toned arms, know that research says the opposite: A 2017 study found that participants were more likely to be physically active on a regular basis if it aligned with short-term objectives like relieving stress in the moment. In another study, conducted in 2018, participants who were told to focus on the function of their bodies during an exercise class reported higher satisfaction afterward, compared to those who were encouraged to think about how it would improve their looks.

This distinction is central to what Kelly McGonigal, a health psychologist, lecturer at Stanford University, and the author of “The Joy of Movement,” teaches her students. “One of the biggest principles of body neutrality is experiencing exercise or movement as a way of engaging with life for your body, not to change your body,” she said.

This doesn’t mean that long-term goals are off the table, though. “Ultimately, enjoyment of an activity is about what it means to you,” Dr. McGonigal explained. “You can enjoy strength training, even though parts of it are uncomfortable and hard and embarrassing, because you like the idea that you’re getting stronger.”

For Justice Roe Williams, a certified personal trainer, body neutrality represents an explicit rejection of the “no pain, no gain” mentality of the mainstream fitness industry. It’s also a key tenet of his organization, Fitness4AllBodies, which teaches fitness professionals how to take a more thoughtful approach to clients across ability and gender spectrums. His aim is to help clients “let go of the framework and assumptions that they have been taught about bodies needing to be fixed, or bodies needing to look a certain way,” he said.

Those struggling to escape that self-scrutiny might benefit from an environment where they cannot see their body at all. Leanne Pedante, the head of fitness at Supernatural, a virtual-reality workout app, began her career as a personal trainer working with people in recovery from eating disorders. “One of the biggest requests I heard from those clients was, ‘Where can I work out without mirrors?’” she said. Even if body neutrality doesn’t come easily, she added, “it can be learned, when support is provided and triggers are removed.”