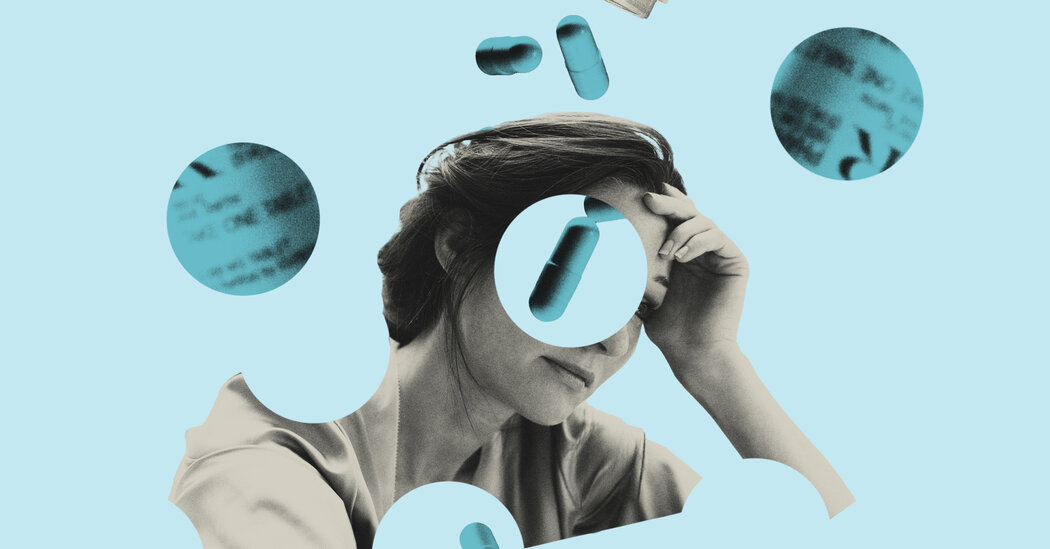 “They have marginal effects in the short term compared to placebo,” said Mark Horowitz, a research psychiatrist at University College London. That’s not to say that many people don’t feel better taking the drugs — it’s just that much of their improvement could stem from the placebo effect, rather than the medication itself.

Other researchers, including Dr. Lewis, argue that the benefits from antidepressants are significant enough to make a positive difference in people’s lives, at least for a few months. “There’s strong evidence that antidepressants can be effective for people experiencing a wide range of depressive symptoms,” she said. But, she added, the drugs “do not work for everybody.”

And again, it’s unclear how helpful these drugs are when taken for more than a few months — which raises concerns for the many adults who have been taking the drugs for a long time. According to a Times analysis, 15.5 million Americans have been taking antidepressants for at least five years. Dr. Horowitz argued that the drugs will probably have increasingly smaller benefits the longer people take them, in part because patients can build up a tolerance to the medications, he said.

Research suggests that people can also experience unpleasant withdrawal symptoms, known as antidepressant discontinuation syndrome, when they stop taking antidepressants, sometimes for weeks or months, and that the drugs can pose other risks, perhaps increasing the likelihood of strokes, heart attacks, falls and even death. And of course, like any medication, antidepressants can cause side effects, including nausea, agitation, weight gain, lower sex drive and indigestion.

If you are on antidepressants, Dr. Horowitz suggested checking with your doctor to see if you should continue taking them and, if so, to ensure you are still taking an appropriate dosage. The American Psychiatric Association recommends that patients who have experienced just one episode of depression take antidepressants for between four and nine months. But “people should not stop cold turkey. They should do so slowly,” Dr. Horowitz said, and ideally under the supervision of a doctor.

Many people can get real, life-changing benefits from these drugs and may benefit from taking them over the long term. But we all deserve to know more about how well they work, and the risks they may pose, when taken for years and even decades.

If one thing is clear, it’s that we need more careful research on how best to help the more than 16 million Americans who currently suffer from depression — and whose symptoms may well have worsened during the pandemic.