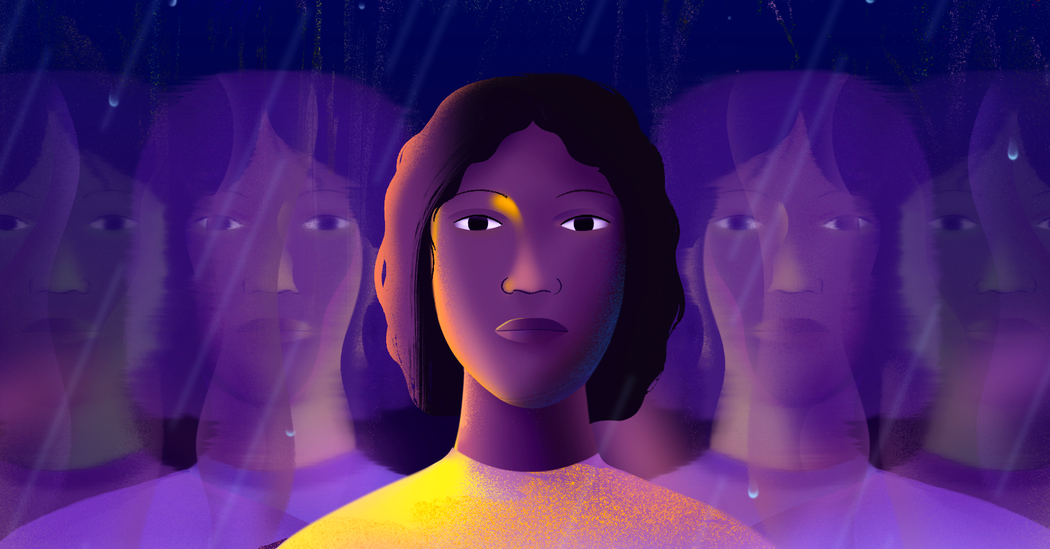 Ms. DiMuria, who founded a mental health advocacy organization called the Bee Daring Foundation, wears a woven teal bracelet when she’s out in public. She’s told friends that if she starts to fidget with the fabric, she’s likely dissociating. She’s cobbled together coping mechanisms for the bad days — peanut M&M’s, Marvel movies, a coloring app. She watches football and shouts at the screen, trying to find an outlet for the surges of aggression that sometimes come with PTSD.

Emotional fluctuation is typical for people with the disorder, Dr. Wright said. “They feel like they’re going crazy,” she said. “They don’t often identify it as PTSD until, ideally, a well-trained therapist says that this is actually a really normal response to an abnormal event.”

Too few therapists receive that training, though, said Yuval Neria, director of the PTSD Research and Treatment Program at the New York State Psychiatric Institute. And the disorder is especially hard to treat because it is so often linked to other mental health concerns: addiction, depression, anxiety. Unless clinicians are specifically trained to ask about trauma, they might struggle to identify PTSD as the root issue in a patient.

“We just need to identify people quicker, get them into treatment quicker, before it becomes this horrific problem,” Dr. Jain said. “Because the reality is, this is a manageable, treatable condition.”

For all that experts don’t yet know about the disorder, the language of PTSD has become a mainstay in modern conversation. “Triggered” is a buzzword and a meme; “trauma” trends on social media.

“The Body Keeps the Score” has been on the paperback best-seller list for nearly 180 weeks in a row and has gained a fervent following. (“I’m very unsure about the impact it’s having,” Dr. van der Kolk said when asked about the book’s popularity, saying he hadn’t seen concrete actions taken because of his work — no new hearings in Congress focused on PTSD and no widespread changes to medical school curriculums.)