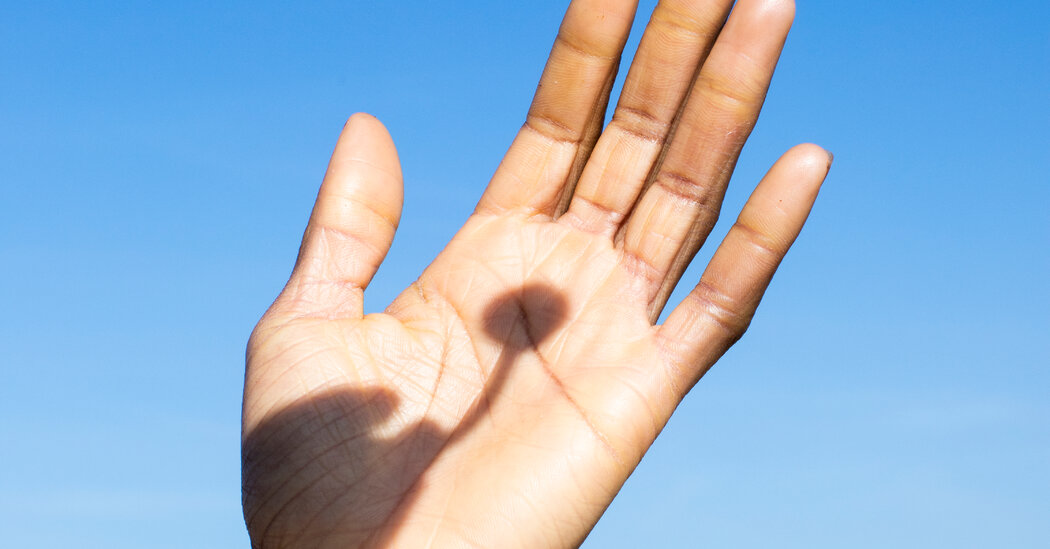 To hear more audio stories from publications like The New York Times, download Audm for iPhone or Android.

In recent years there has been a spate of research suggesting psychedelic drugs can help people manage mental health conditions like depression, anxiety, chronic pain or even eating disorders. But a growing body of data points to one as the leading contender to treat the intractable disease of substance abuse. Psilocybin, the active ingredient in psychedelic mushrooms, has shown promise in limited early studies, not only in alcohol and harder drugs, but also nicotine — all of which resist long term treatment.

“The old rule of thumb is that one-third of people get better, one-third stay the same, and one-third continue to get worse,” said Dr. Michael Bogenschutz, a psychiatrist at New York University’s Grossman School of Medicine studying psilocybin-assisted therapy as a treatment for alcohol abuse. “What’s fascinating to me about this whole process is how many different kinds of experiences people can have, which ultimately help them make these profound changes in their behavior.”

Take Aimée Jamison, who several years ago wanted to kick her cigarette habit before her 50th birthday. Statistically speaking, Ms. Jamison’s chance of success wasn’t great. According to the Centers for Disease Control and Prevention, 55 percent of adult smokers tried to quit in 2018, but only 8 percent were successful.

Ms. Jamison, an investor who lives part-time in Boston, had heard about psychedelic therapies, but the drug is largely illegal for personal use. So, in the fall of 2018, she flew to Baltimore to participate in a clinical trial at the Johns Hopkins Center for Psychedelic & Consciousness Research. When she had to abstain from nicotine for a day before a brain scan, she could barely sleep and called it “the most hellish 24 hours I’ve experienced.”

After three talk therapy sessions at the Hopkins clinic, she was given a single pill containing 30 milligrams of psilocybin, a relatively high dose. After swallowing the pill, she put on an eye-mask, lay on a couch and went on a psychedelic trip with two therapists nearby for the next five hours.

When her trip ended, she sat up and looked at the therapists. “Now, I understand why I smoked,” she said, “and I don’t need to do that anymore.”

Over the next couple months Ms. Jamison attended several more therapy sessions, but took no additional psilocybin. She hasn’t touched a cigarette in the years since. An early version of that study (in which participants had two or three psilocybin sessions), published in 2014, reported an 80 percent success rate in 15 smokers, compared with 35 percent typically observed in patients taking the leading conventional antismoking drug Chantix.

Buoyed by such positive outcomes, the Hopkins study has expanded to include more participants, and, last year, the team received a $4 million grant from the National Institutes of Health.

It’s still uncertain how effective using psilocybin to treat addiction is in the long-term and whether some individuals are more likely to benefit than others. Some study participants have had troubling experiences during their trips, and experts say that people should not be taking the drug outside of legitimate research studies or without medical supervision.

The five-hour duration of the experience will also make it costly in a health care setting, which could limit its use in lower-income communities disproportionately affected by drug and alcohol abuse. Still, many experts hungry for new addiction therapies say that psilocybin represents a new and potentially exciting treatment for people suffering from a disease that is difficult to address.

Treating more than a chemical dependency

One of the reasons addictions are so hard to treat is that most are more than chemical dependency. Long after the short-term withdrawals have waned, people suffering from addiction often face living without the stress release valve that their habit gave them. Those wishing to quit may persevere for a few weeks or months, but when stressed or upset, their brains often divert them back to the familiar territory of their addiction.

Some experts say psilocybin addresses that psychological need. Along with LSD and mescaline, it is known as a “classic psychedelic,” which activates switches in the brain’s visual cortex, the serotonin 5-HT2a receptors, producing hallucinations. Back in the psychedelic heyday of the 1950s and 1960s, such drugs were evaluated for treating depression and addiction with mixed results.

But that work was put on ice in the 1970s with the passage of the Controlled Substances Act, which placed LSD and psilocybin in the most restrictive legal category, known as Schedule 1.

Thirty years later, in 2000, Roland Griffiths, a psychopharmacologist at Johns Hopkins, received the green light from the Food and Drug Administration to study the psychological effects of psilocybin on 30 volunteers. In a survey given to participants two months after their session, more than half ranked it as among the most meaningful experiences of their lives.

Psychedelic research has blossomed since then. A British study published earlier this year found that people with severe alcohol abuse disorder who received ketamine-assisted therapy abstained from drinking 10 percent more over six months than those who received just a placebo along with therapy or education.

Some studies on ketamine and addiction, however, suggest that its antidepressant effect wears off over time, and participants may need repeated infusions. This is a potential problem because the drug itself has the potential to become a drug of abuse and overdoses can, in rare cases, be fatal.

Researchers who are enthusiastic about psilocybin say its longer, more intense psychedelic experience make it a more long-lasting therapeutic. It generally requires just a single session or sometimes several sessions to be effective, provided it’s integrated with psychotherapy or some other form of counseling.

“People have greater mental flexibility following psilocybin,” said Matthew Johnson, a psychologist at Johns Hopkins who leads the smoking trial. “That increase in openness might be a permanent change that can help in overcoming addiction.”

Although psilocybin remains illegal under federal drug laws, some cities, including Denver, and Santa Cruz, Calif., have decriminalized it. Oregon, in November 2020, voted to become the first state to legalize it for medical use.

Psilocybin is considered safer than ketamine and is not habit-forming, but it does have its downsides. The greatest risks may come from a person who uses the drug alone and wanders into traffic or other dangerous situations while high. Even in the supervised setting of a research laboratory, users often experience side effects, such as vomiting or loss of coordination, and the trip itself can produce anxiety, pain or even a psychotic break.

“One of the big challenges of these treatments is that the effects are somewhat unpredictable,” Dr. Bogenschutz said.

The California Institute of Integral Studies is one of the best known organizations offering a certificate program to train future therapists working with psychedelics, but since psilocybin-assisted therapy remains illegal, an underground treatment market has popped up around the country.

Jon Kostakopoulos, a former alcoholic who founded the Apollo Pact, a nonprofit that advocates for increased federal funding of psilocybin research, said that the psychedelic landscape can be tough for people to navigate. He said he has spoken to several people who became suicidal after their psychedelic guides told them to quit taking their conventional antidepressant medications in preparation for their psilocybin trip. Mr. Kostakopoulos tries to direct people to legitimate clinical trials, like the pilot study he took part in at N.Y.U. and which he believes helped him to give up alcohol.

“I think you need to do this with properly trained professionals,” he said. “There are some shady actors.”

Some also some worry that psilocybin is not being evaluated in the poorer communities where addiction has its greatest toll. “We need to develop treatments to help everyone,” said Peter Hendricks, a psychologist who studies psilocybin and addiction at the University of Alabama in Birmingham.

He is nearing the conclusion of a clinical trial that has stretched on for more than five years, which aims to evaluate the potential of psilocybin as a treatment for cocaine abuse. He focused on recruiting users from low income communities around Birmingham, including among the homeless, where addiction is rampant.

On its own, psychotherapy is not generally an effective treatment for cocaine use disorder. In Dr. Hendricks’s trial, however, a preliminary analysis of the first 10 participants showed that those who received psilocybin along with therapy used cocaine on fewer days over the next six months than those who received a placebo alongside therapy. They also reported that it was significantly easier to abstain from cocaine and reported higher life satisfaction.

Dr. Hendricks, however, warns that people shouldn’t get their hopes up too high. “The existing treatments are very ineffective,” he said. “I’m hoping to go from pretty darn ineffective to not bad or decent.”

Brendan Borrell is a journalist in Los Angeles and the author of “The First Shots: The Epic Rivalries and Heroic Science Behind the Race to the Coronavirus Vaccine.”