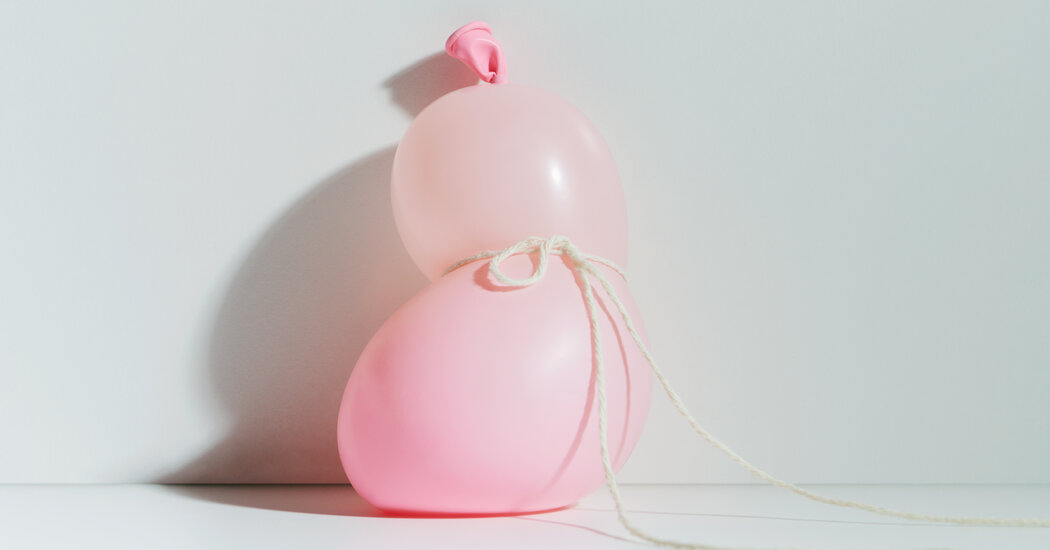 Q: I feel bloated every day. What could be causing it? And is there anything I can do to find relief?

Every week at my gastroenterology practice, my patients complain about their clothes feeling too tight, their bellies feeling squeezed. “It’s like I’m 30 weeks pregnant” is a common refrain, from 65-year-old men and 20-year-old women alike.

It’s no surprise, then, that these patients are suffering from bloating, that unpleasant feeling of pressure in the stomach that affects an estimated one in five adults. (A separate but related phenomenon, called distention, describes the visible increase in abdominal girth that often occurs along with it.)

Yet understanding why bloating happens — and treating it — can be a challenge for patients and providers. “People think, ‘Oh, it’s just bloating,’ so it’s often brushed aside or considered an insignificant complaint,” said Dr. Kimberly Harer, a gastroenterologist and gut motility specialist at the University of Michigan Health. Some of her patients suffer with symptoms for decades before finally seeking help.

But bloating is not only uncomfortable; it can affect “many aspects of our patients’ lives,” Dr. Harer said, leading to embarrassment and body image issues. And getting a proper evaluation is key.

Bloating and distention are common and, for most people, will resolve after a short period of time. But some people are more prone to bloating than others.

Those with certain medical conditions — like lactose intolerance, celiac disease or disorders that affect the way the gut moves contents throughout the body (like gastroparesis) — have more regular bloating as a result of excess gas. In those patients, the gas accumulates in the small intestine and pushes the diaphragm upward and the abdominal wall outward to “make room” for the extra pressure.

If you don’t have those conditions but have bloating that persists for months, you may have something called functional bloating, or bloating with no identifiable cause. Conditions like irritable bowel syndrome or chronic idiopathic constipation fall into this category. In such cases, medical exams generally appear normal, but bloating is a major, recurrent symptom that impinges on daily life.

These cases of bloating often occur not because of skyrocketing gas production, but because of the way the abdomen reacts to the gas. “With bloating, a lot of it is body mechanics,” said Dr. Linda Nguyen, a gastroenterologist and clinical professor of medicine at Stanford Medicine. “If you think about what surrounds the abdominal cavity: You have the diaphragm above, you have the pelvic floor below, you’ve got the spine in the back and then you have the abdominal wall in front.”

One study, published in the journal Gastroenterology in 2009, found that when people with functional disorders were bloated, the diaphragm contracted downward instead of upward, which bulged the abdominal wall muscles (in particular, the internal obliques) forward. At the same time, the amount of gas within their bowels did not increase.

Those abnormal muscle movements — and the bloating that accompanied them — occurred because the nerves of the gut and abdominal wall were overly reactive to otherwise normal amounts of pressure from inside the intestines (called visceral hypersensitivity.)

Thus, even small amounts of gas produced during natural digestion can cause discomfort and distention.

What can I do to relieve it?

Experts often recommend that patients first try to identify, then eliminate, anything in their diet or lifestyle that might be triggering their bloating — or, as I like to say, “What floats your bloat.” Certain foods, particularly those rich in insoluble fiber like cruciferous vegetables, lentils and beans, are classic offenders.

Other common triggers include fermented drinks like beer and kombucha, the artificial sweetener sucralose, as well as onions and fruits. Occasionally, certain behaviors like drinking carbonated beverages, chewing gum or smoking can raise the risk of bloating by increasing the amount of air you swallow, and cutting back on them can help.

With so many potential triggers, it can be hard — or even harmful — to experiment with identifying and eliminating problematic foods on your own, so seeking the guidance of a nutritionist is recommended, Dr. Harer said.

In some cases, fixing the underlying cause of your bloating may require more than just dietary and lifestyle tweaks. Patients with gastroparesis or significant constipation may benefit from a drug called prucalopride, which helps empty the stomach and expel waste through the colon. (Experts don’t recommend at-home interventions that empty your gut, like colonic irrigation, because they can cause trauma or tears to the gastrointestinal tract.) For those with over-reactive intestines, certain medications can help dampen those heightened responses, making patients less likely to react with bloating.

Infrequent stool, straining or feeling like you haven’t ever quite fully “emptied” can also contribute to bloating. These symptoms may result from improper coordination of the pelvic floor, which can be improved with specialized physical therapy.

Keep in mind that some causes of bloating aren’t directly related to your gut at all. Some patients who snore or regularly use CPAP machines for sleep apnea, for instance, might have extra bloating upon waking in the morning, Dr. Harer said. Patients with liver disease may also have extra fluid in the abdomen, creating distention. And fluctuations in progesterone from menstruation and certain types of contraceptives may increase bloating. Postmenopausal women in particular with new distention should discuss these symptoms promptly with a physician as this could be a sign of ovarian cancer.

If at the end of the day you still can’t figure out why you’re bloated all the time, Dr. Harer suggested seeing a gastroenterologist. Nobody should ever feel ashamed of changes to their midsection, she said. “Patients should feel empowered to discuss bloating with their providers and get the help they need.”

Dr. Trisha Pasricha is a writer and physician at Massachusetts General Hospital. Her work has appeared in The Washington Post, The Los Angeles Times and The Atlantic.