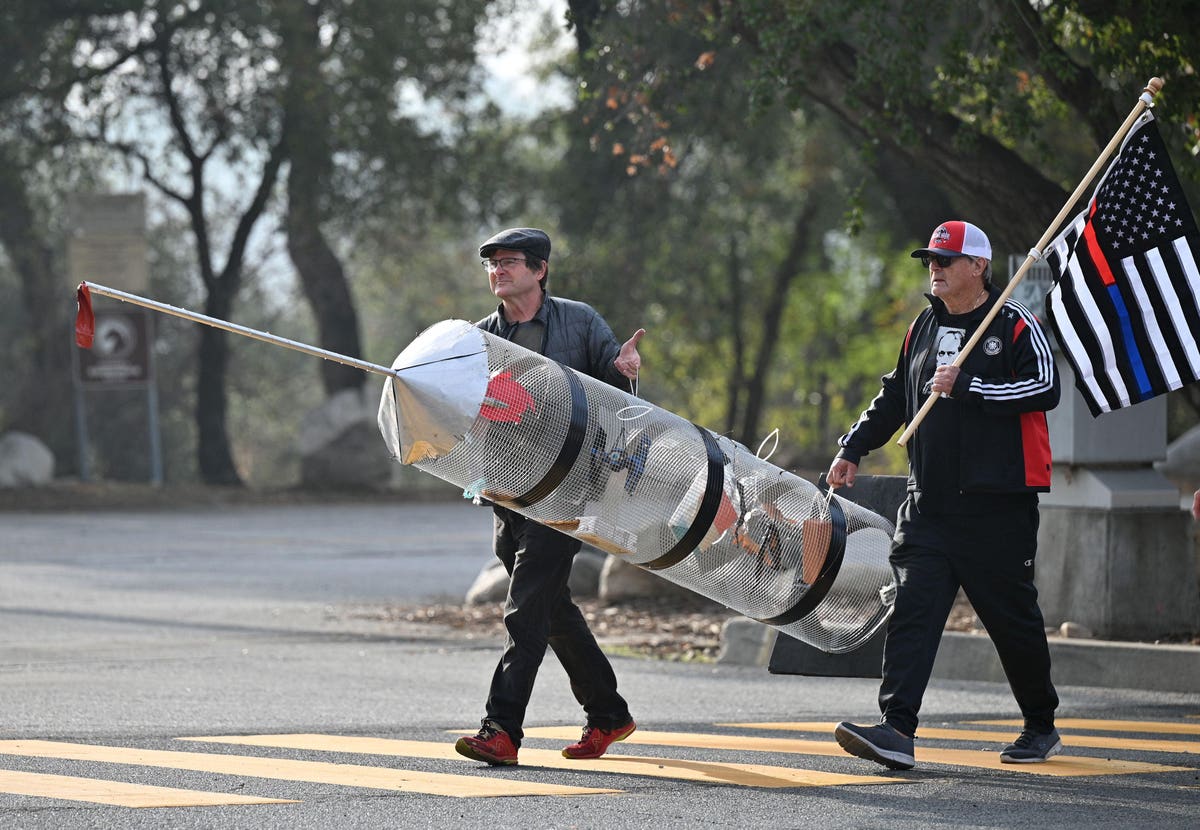 On January 21, federal district judge Jeffrey Vincent Brown blocked the Biden mandate requiring federal employees to get COVID vaccinations.  This got national attention.   Brown’s ruling was pegged as another right-wing blow to Biden’s vaccination effort.  It may seem strange that a federal judge would block something like a vaccination requirement so vital for public health, and so appropriate for a President to issue as a mandate directed at federal employees.

We will first look at the legal issues and then at Judge Brown.

A group called “Feds for Medical Freedom” sued to challenge the Biden mandate. Note that the group depicts itself as fighting for “medical freedom,” an anti-vaxxer stance. Judge Brown brushed aside jurisdictional issues that normally keep individual federal judges from prematurely taking charge of federal workforce disputes. He said he had to uphold the “traditional notion of personal liberty.” And, this concerned “maintaining the liberty of individuals to make intensely personal decisions according to their own convictions.” Again, the anti-vaxxer vocabulary.

The Judge naturally cited the Supreme Court’s decision to end OSHA’s private workplace vaccination mandate. But, he had some difficulty explaining why a private workplace ruling would affect the President’s direct power to require a workplace health measure applying only to federal employees.

He asserted “The government has not shown that an injunction in this case will have any serious detrimental effect on its right to stop COVID-19.” More anti-vaxxer lines. How many have to be sick for it to be detrimental – 50? 5000? Remember, these are not merely partly vaccinated without boosters. These are federal employees who, in the midst of omicron, are totally exposed. And, they are a threat to those around them, notably other federal employees.

Ultimately, this is the balance that Judge Brown sets: “any harm to the public interest by allowing federal employees to remain unvaccinated must be balanced against the harm sure to come by terminating unvaccinated workers who provide vital services to the nation.”

There is a false depiction of what is involved. There are efforts to get unvaccinated employees to put in for exemptions, if that is what is involved, or to take other measures for now like masking and spacing so as not to present an imminent danger to their co-workers. However, long established statutory and case law permits the President and federal agencies to impose vaccine requirements if that is what is necessary to protect fellow federal workers as well as the general public with whom federal employees come into contact with. Judge Brown simply ignored those statutory provisions and the controlling case law, preferring to interpose his own interpretation of a case that does not relate to federal employment.

All this suggests that Judge Brown is not your regular neutral objective federal judge, but might have some political attitudes. In fact, he has a colorful past.

Judge Brown was on the Texas bench, which meant running for elections. In 2010 he ran unsuccessfully in the Republican primary for a Texas Supreme Court justice post. He lost, with only 17% of the vote. Governor Rick Perry appointed him in 2013 to the Supreme Court. Judge Brown ran in a 2014 special election. In 2014 he won, in the Republican primary election, against an intraparty challenge. Then in the general election he won by 60%. This was not for a full term. He won again in 2018 by a close 54% to 46% vote. That looks very involved with running for office and very partisan.

But then we look at his appointment to the federal district court. Trump nominated him in 2019. The Senate Judiciary Committee reported his nomination out on a party-line 12-10 vote. The Senate voted cloture by 51-39.

In sum, it is both sad and alarming to have a national vaccination program blocked by a highly partisan judge ideologically aligned with anti-vaxxers.