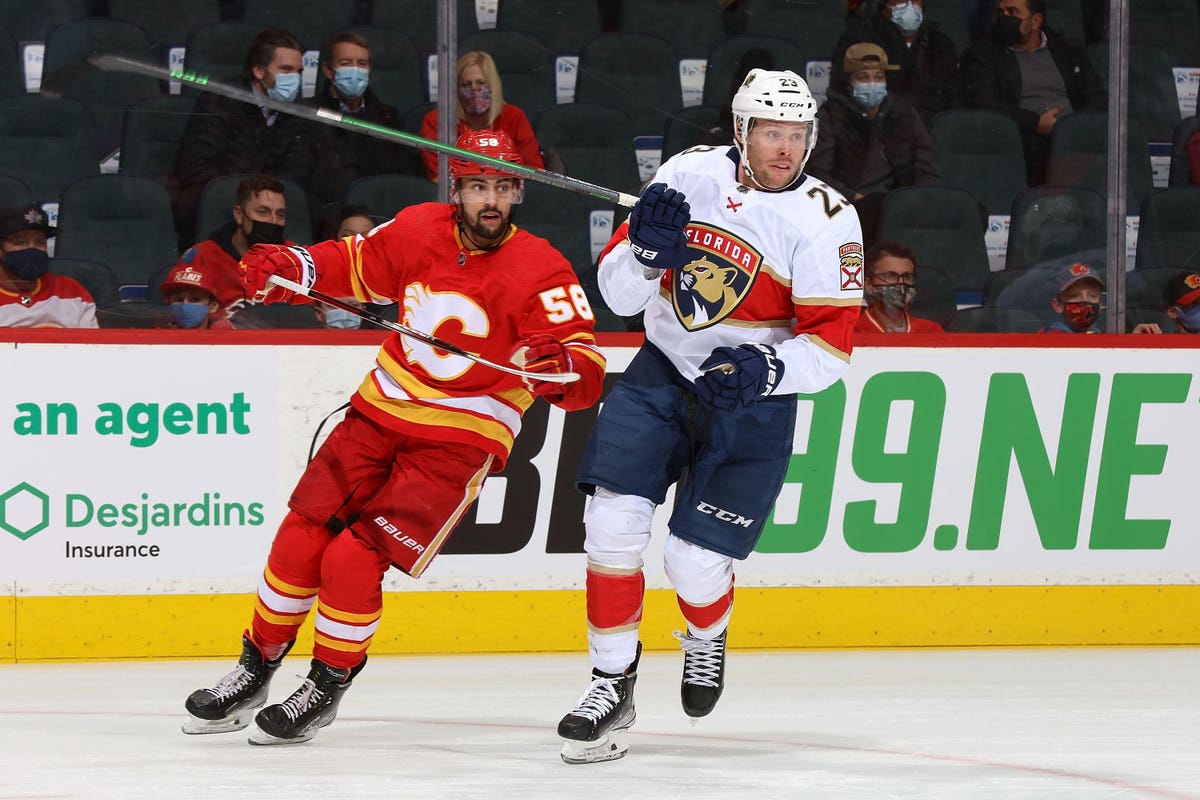 We’re two weeks out from the NHL’s 2022 All-Star Weekend, when the highest-profile and highest-paid players in the hockey will convene in Las Vegas for a weekend of merriment.

But during an era where the league and its players are working to re-balance the books after pandemic-related revenue losses of more than a billion dollars, an argument can be made that this year’s real All-Stars are the supplementary players who are making big contributions to their salary-cap-strapped clubs, while drawing relatively low salaries.

Young stars on entry-level contracts fit that bill. Under the terms of the collective bargaining agreement, they’re cost controlled for their first three NHL seasons — which is part of the reason why so many young players are now playing big roles for their teams.

This list covers the next tier — players who are past the entry-level stage, but who are delivering well above their current pay grades.

Here’s an All-Star Team of those players.

All salary information is courtesy of CapFriendly. Cost-per-point/win calculations are based on each players’ production to date, against his full-season salary. Stats are current through Saturday, Jan. 22.

Now 26, Verhaeghe came into the NHL as a third-round draft pick by the Toronto Maple Leafs in 2013. He toiled for years in the minors and eventually debuted with the Tampa Bay Lightning in the 2019-20 season, where he earned a Stanley Cup ring.

Then, Verhaeghe crossed over to the Florida Panthers, signing a two-year deal. With a regular role on an improving team, he exploded for 18 goals and 36 points last season, and is on a similar pace this year.

Verhaeghe won’t be underpaid much longer. Last July, the Panthers rewarded him for his breakout with a three-year contract extension. It will take effect next fall, and carries a cap hit of $4.167 million a year.

Undrafted out of the Western Hockey League, big winger Tanner Jeannot signed on with the Nashville Predators as a free agent in 2018, at age 21. He spent two seasons in the minors before making his NHL debut last season, suiting up for 15 regular-season and five playoff games.

This year, Jeannot’s 13 goals have him tied for third in that category on the surprising Predators, who are holding down a playoff spot in the tough Central Division. And Jeannot’s contributions go beyond scoring; he’s also fourth in the NHL in hits and third in penalty minutes. His eight fights this season are second-most in the league.

Jeannot is under contract for one additional season at his bargain rate of $800,000. After that, he’ll be a restricted free agent with arbitration rights.

His throwback power-forward playing style will earn him a massive raise if he keeps doing what he’s doing.

Now 28, Evan Rodrigues got his NHL opportunity when he signed as a free agent with the Buffalo Sabres following four years at Boston University. In Buffalo, he peaked with 29 points in 74 games in the 2018-19 season.

Rodrigues was dealt to the Pittsburgh Penguins, along with Conor Sheary, at the 2020 trade deadline. After the playoff bubble, he was traded again, to Toronto. But when the Leafs declined to issue a qualifying offer based on his previous $2 million contract, Rodrigues became an unrestricted free agent.

He returned to Pittsburgh, signing a one-year deal at the NHL minimum of $700,000, and tallied a respectable 14 points in 35 games during the shortened 2020-21 season. The Penguins brought him back, this time at $1 million, and this season, Rodrigues has taken full advantage of the ice time that was available while the Penguins dealt with injuries to their forward group.

Despite their injury woes, the Penguins have kept pace in the Metropolitan Division, and look set to make the playoffs for an NHL-high 16th consecutive season.

Rodrigues will be an unrestricted free agent again at the end of the year. If he can keep chipping in important goals through the postseason, he’ll also command a significant raise this summer.

DeAngelo came into the NHL with a strong hockey pedigree, as a first-round pick by the Tampa Bay Lightning in 2014. But after just one year in the minors, the scoring-minded right-shot defenseman was traded to Arizona for a second-round draft pick. A year after that, he was shipped off to the New York Rangers.

Following a 53-point campaign on Broadway in the 2019-20 season, DeAngelo inked a big two-year contract with the Rangers, carrying a cap hit of $4.8 million per season. But after playing just six games under his new deal, he was suspended by the team due to a reported physical altercation with teammate Alexandar Georgiev — the final straw after a series of other disciplinary issues.

Unable to trade DeAngelo, the Rangers bought him out last summer. The 25-year-old received one-third of the $5.3 million value of the second year of his contract, spread over two years ($883,334 per season).

With questions lingering about whether he could be a good teammate, DeAngelo inked a one-year deal worth $1 million with the Carolina Hurricanes, who had a hole to fill after losing right-shot defenseman Dougie Hamilton to unrestricted free agency.

At $8 million less against the cap than what Hamilton is commanding in New Jersey this season, DeAngelo has fit in just fine, and the Hurricanes are among the top teams in the league.

At season’s end, he’ll once again be a restricted free agent with arbitration rights — the same scenario that earned him his big payday in New York two years ago.

A second-round draft pick by the Calgary Flames in 2015, Swedish defenseman Oliver Kylington has needed some time to develop into an everyday NHL player.

He has emphatically made the jump this season, seizing a top-four role under coach Darryl Sutter. Kylington has turned into the Flames’ most productive blueliner, with 17 of his 19 points coming at even strength. His underlying possession numbers are also solid.

Kylington had shown some scoring skill at the AHL level, but his career high in the NHL before this season was eight points in 38 games. Still just 24, Kylington could still have more room to grow.

When Kylington signed his current one-year deal last August, he accepted a small pay cut — going from $787,500 down to $750,000. As a restricted free agent with arbitration rights, his progression will put him in a very different negotiating position this summer.

Still technically a rookie, Kaapo Kahkonen has been taking a run at the starter’s job with the Minnesota Wild over the last three weeks.

Cam Talbot had been carrying the majority of the load before he was injured at the Winter Classic on New Year’s Day. In his absence, 25-year-old Kahkonen has strung together a 5-0-1 streak that has kept the Wild in the playoff picture in the Central Division.

Originally drafted in the fourth round in 2014, Kahkonen came to North America from his native Finland four years later, and started his apprenticeship with the AHL’s Iowa Wild. By last season, he had played himself into the backup’s role in Minnesota, and put up a record of 16-8-0 in 24 appearances.

Kahkonen is in the second and final year of his current contract — and it’s his first North American season on a one-way deal, where he wouldn’t have received a lower salary if he’d been re-assigned to the AHL.

The way he’s playing now, those days are over. But with a big cap crunch looming for the Wild next season after their buyouts of Ryan Suter and Zach Parise, and with Talbot still under contract for one more season, will there be a way to re-sign the young stopper at market value after this breakout campaign?