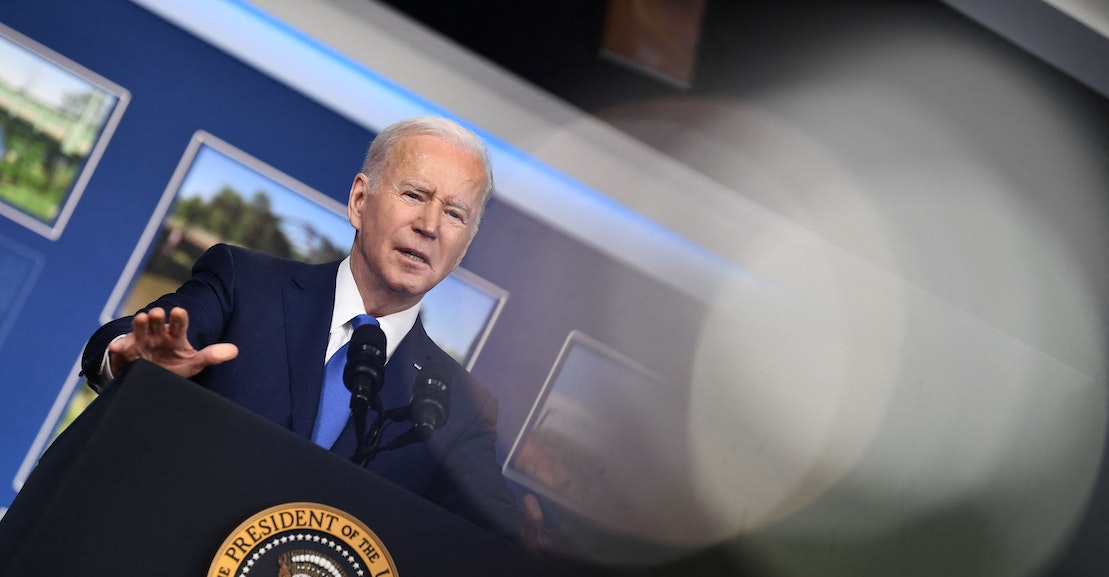 Granted, Biden can be faulted for moving slowly on sending out free at-home Covid tests. In an interview on December 23, he said he wished he’d done it two months earlier, but as of January 18 they were available to order. Biden should have moved earlier on Covid mandates, too, even though the Supreme Court, rather surprisingly, eliminated one of these last week. But Biden did eventually impose these mandates, and at the very least, announcement of the never-enforced OSHA mandate on businesses employing more than 100 workers prompted many such businesses to impose vaccine mandates on their own. Today the omicron wave appears to have peaked in several of the places where it first hit, including New York City, Washington, D.C., and Chicago. We may be in the earliest stages of seeing Covid-19 shift from being primarily a public health problem to primarily an economic problem.

The economy, for the record, is in pretty good shape. Unemployment is down to 3.9 percent, just a whisker higher than the 3.5 percent before the pandemic. The “quits rate” remains historically high at 3 percent, which is good news, not bad, because it shows workers feel confident. New hires are also robust, so it looks like workers are trading up.

The bad news is that inflation is up 7 percent over last year. Biden’s let inflation spin out of control! What an amateur! But that’s driven by Covid-19 and supply chains, and if Biden’s blundered here, it’s only through suggesting he has any control over inflation, when in truth he has none; that’s up to the Federal Reserve. (As I’ve written elsewhere, Biden’s moves on antitrust, while worthy in themselves, won’t ease inflation.) And anyway, inflation is hardly the problem we anticipated in the spring of 2020 when the pandemic pushed unemployment up to 14.7 percent. Too much money chasing too few goods beats the deflationary alternative of too little money chasing too many goods.

“Administration in Disarray” We aren’t there yet. This is the stage where members of an administration start bad-mouthing one another on a not-for-attribution basis; where financial scandals engulf Cabinet and subcabinet members; and/or where Democratic members of Congress who aren’t Manchin or Sinema start griping about White House leadership. We never really got there in the Obama administration; in the Trump administration, we got there within the first month, if not the first few hours.