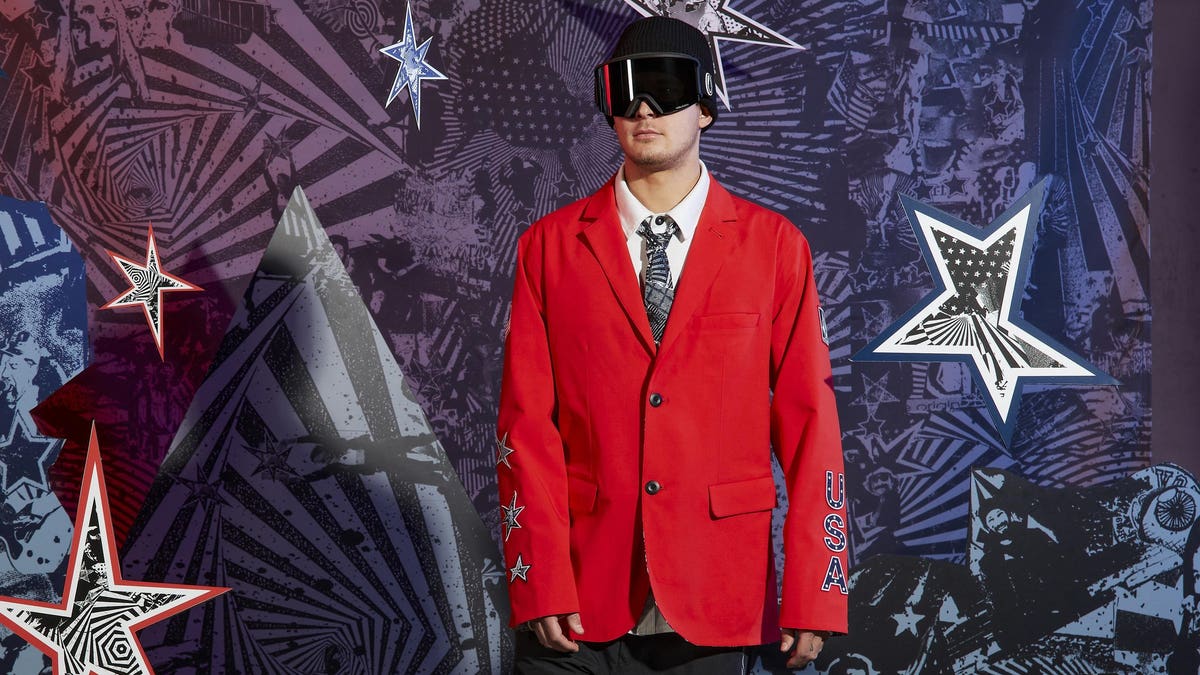 Whether you’re a casual viewer of Olympic skiing and snowboarding or a weekend warrior yourself, one of the most exciting parts of the Games every four years is when the ski and snowboard uniforms are unveiled.

Unlike many of the other competitive Olympic sports, skiing and snowboarding are hobbies that millions of Americans (14.3 million in skiing and 7.9 million in snowboarding, per recent participation numbers from Snowsports Industries America) do, some at a high level.

For them, being able to own the same gear as snowboarder Jamie Anderson or freeskier Alex Hall is about more than product placement and sponsor tie-in. Fans know that if the uniforms are good enough for the athletes, all of whom work intimately with the brands that design their kits for each Games and provide plenty feedback, then they’ll be good enough for their own riding too.

With that, we have our exhaustive first look at the kits for U.S. Ski & Snowboard at the Beijing Games. The U.S. Alpine Ski Team, U.S. Freestyle Ski Team and U.S. Freeski Team uniforms are designed by Spyder and world-renowned artist and designer Eric Haze out of New York City, with a goggle collaboration between Spyder and Dragon.

The U.S. Snowboard Team uniforms are designed by Volcom and designer Patrick Field.

Let’s break down the details (and there are many!) with each of the uniforms and the kits the athletes will be able to choose from in Beijing.

The three overarching goals for each piece of the collection were that they be sustainable, technically advanced and stylish.

“It’s such an incredible honor to put my fingerprints on the U.S. Alpine Ski Team, U.S. Freestyle Ski Team, and U.S. Freeski Team uniforms, especially when they’ll be wearing them on such a huge world stage as the Beijing Olympic Games,” Haze said. “I can’t wait to see the teams actually competing in them.”

The full Gore-tex one-piece suits of the aerial ski kit are designed with symmetry and dexterity in mind. There are no worries about jackets becoming untucked with this design.

In the alpine kit, an engineered woven fabric allows for colorblocking in red, white and blue without visible seams. There’s a full-length zipper down the back of the jacket and the pants feature a full-length waterproof zipper for easy removal in the start gate. Cut-proof base layers prevent the possibility of traumatic injury.

For the freeskiers, there are style options with a reversible vest and a detachable hood. To achieve a balance between street-style cred and high performance, the waterproof hoodie features a laminations layer.

In the moguls kit, a half-zip design allows for more flexibility when running through the bump.

Spyder has been an official apparel partner of U.S. Ski & Snowboard since 1989. In partnership with Dragon, Spyder recently collaborated with freeskier Alex Hall on a signature eyewear and goggle collection based on its popular NFX model.

Indeed, the Olympic uniform goggle is the third signature series goggle from Spyder in this partnership, a signature design of Dragon’s NFX goggle with featuring its patented frameless technology, Lumalens color optimized technology, armored venting and a super anti-fog coating. The default lens is a blue ion color, with a light rose bonus lens for those flat-light days.

The band features “2022 USA” lettering within a blue Eric Haze graphic design. The goggles are available for purchase on Dragon’s website.

“Spyder created yet another incredible series of Olympic uniforms for our alpine, freestyle and freeski teams and we’ll be proud to see them on the athletes at the Games,” said Michael O’Conor, chief revenue officer at U.S. Ski & Snowboard. “As a 30-plus year partner of U.S. Ski & Snowboard, it’s amazing to see Spyder continue to innovate with us every day.”

Style is all-important in snowboarding—not just how a rider does their tricks, but what they’re wearing when they do.

Volcom managed to calibrate style and flexibility—allowing athletes to choose from among five kits to ensure their individual style is reflected while competing for Team USA—with concerns about performance, ensuring that details like the brand’s proprietary “thermal defense system” of strategically placed thermal panels and jacket-to-pant zip tech to ensure snow stays out and body heat stays in.

The first kit features a Volcom Owl 3-in-1 Gore-tex Jacket with an insulated three-layer shell, a removable down sweater, a down vest and a removable hood. A a relaxed-fit Gore-tex pant completes the classic snowboarding silhouette.

In Kit 2, if the weather is projected to be frigid, riders can also choose a TDS Gore-tex jacket with infrared down panels for warmth and pair it with a Gore-tex bib for a lightweight and breathable option.

The kit with the most steeze just may be Kit 3, with its nod to athleisure. It includes the Hotlapper pant, described as “sweatpants for snowboarding,” as well as the Brighton Pullover, with the look of a sweatshirt but the performance of a jacket. It’s a safe guess that U.S. men’s slopestyle rider Dusty Henricksen, known for his love of riding in sweatshirts and even T-shirts, will be rocking Kit 3 in Beijing.

If riders are looking to go formal, Kit 4 has them covered. A reversible suit-inspired jacket is paired with the Gore-tex pant from Kit 1, the most versatile bottom.

Kit 5 features the women’s cut of the TDS Gore-tex jacket, again with the strategically placed infrared down panels for warmth, as well as a women’s-fit bib.

In a fun touch, a faux lucky rabbit’s foot inspired by Evel Knievel and dyed red, white and blue is hidden in each jacket’s pocket for luck.

All the pieces in the kits feature Volcom’s hallmark collage designs and signature black and white, op-art style. Volcom is carrying versions of the apparel across the kits for sale to the public.