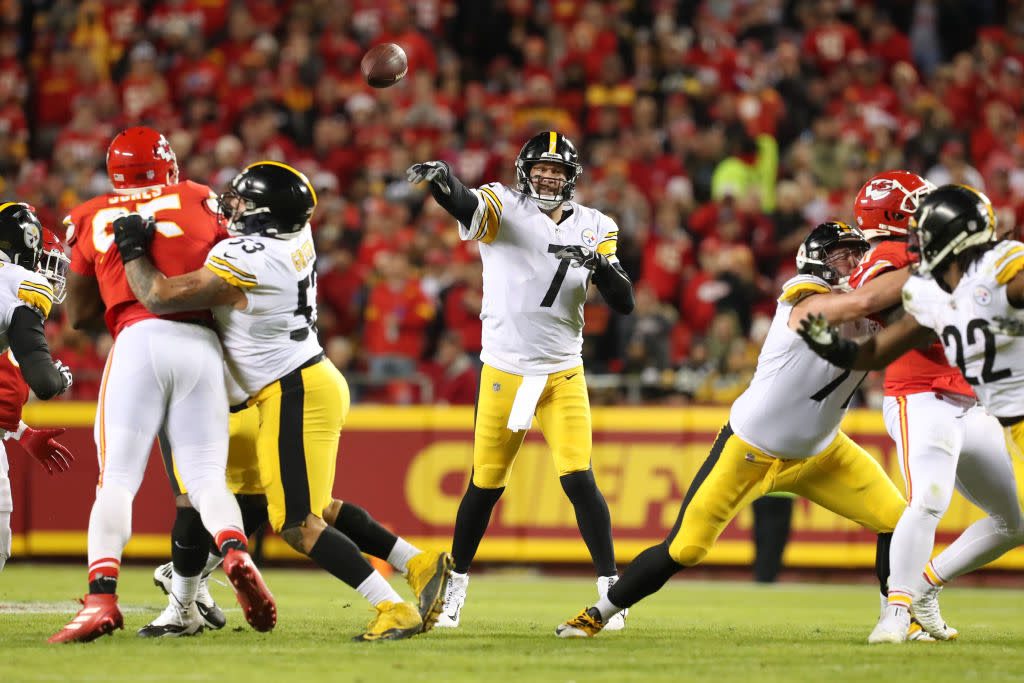 The 2022 NFL Playoffs in the NFC continue on Sunday night when the Kansas City Chiefs take on the Pittsburgh Steelers. Live coverage begins at 7:30 p.m. ET with Football Night in America on NBC and Peacock Premium. Keep reading for game picks, predictions, how to watch info and more.

As the No. 2 seed in the AFC, the Kansas City Chiefs finished the regular season with a 12-5 record. In Week 18 against Denver, the Broncos led for much of the game after Kansas City took an early 7-0 lead. In the fourth quarter, Melvin Ingram forced a fumble from ex-Chargers teammate Melvin Gordon and Nick Bolton picked up the loose ball and ran 86 yards for a touchdown. With the two-point conversion, Kansas City took a 28-21 lead and won the game.

In what might have been Ben Roethlisberger’s final regular season NFL game played, he and the Steelers beat the Ravens 16-13 in what was a must-win game in Week 18. Kicker Chris Boswell nailed a field goal from 36 yards out, giving the Steelers a victory in overtime. Pittsburgh finished the season with a 9-7-1 record and clinched the final AFC playoff spot once the Raiders defeated the Chargers on Sunday Night Football.

Back in Week 16, the Chiefs blew out the Steelers by a score of 36-10. With the win, Kansas City clinched the AFC West title for a sixth straight year. Patrick Mahomes threw for 258 yards and three touchdowns while the Chiefs ran for 127 yards as a team. Byron Pringle caught two touchdowns and Mecole Hardman caught the third. For the Steelers, Ben Roethlisberger threw for 159 yards on 35 passing attempts for 159 yards, one touchdown and once interception. Najee Harris ran for 93 yards on the ground and caught five passes for 17 yards.

Related: Patrick Mahomes: We’re not taking the Steelers lightly at all

How to watch the Pittsburgh Steelers at the Kansas City Chiefs

Click here to see the full 2022 NFL playoff schedule and be sure to check out ProFootballTalk for more on the 2022 NFL Playoffs as well as game previews, picks, recaps, news, rumors and more.