One of the toughest jobs in the automotive industry is redesigning an iconic model and that task is even more difficult when it’s something as revered as the Ford Mustang.

However, that hasn’t stopped the team in Dearborn from plowing ahead with the next-generation pony car as spy photographers have snapped the highly-anticipated model wearing a production body.

Covered by layers of camouflage, the prototype does a good job of hiding its secrets but we can still make out a number of details. Starting with the front end, we can see the outline of a familiar hexagonal grille. It’s surrounded by new headlights and what appears to be an evolutionary bumper. 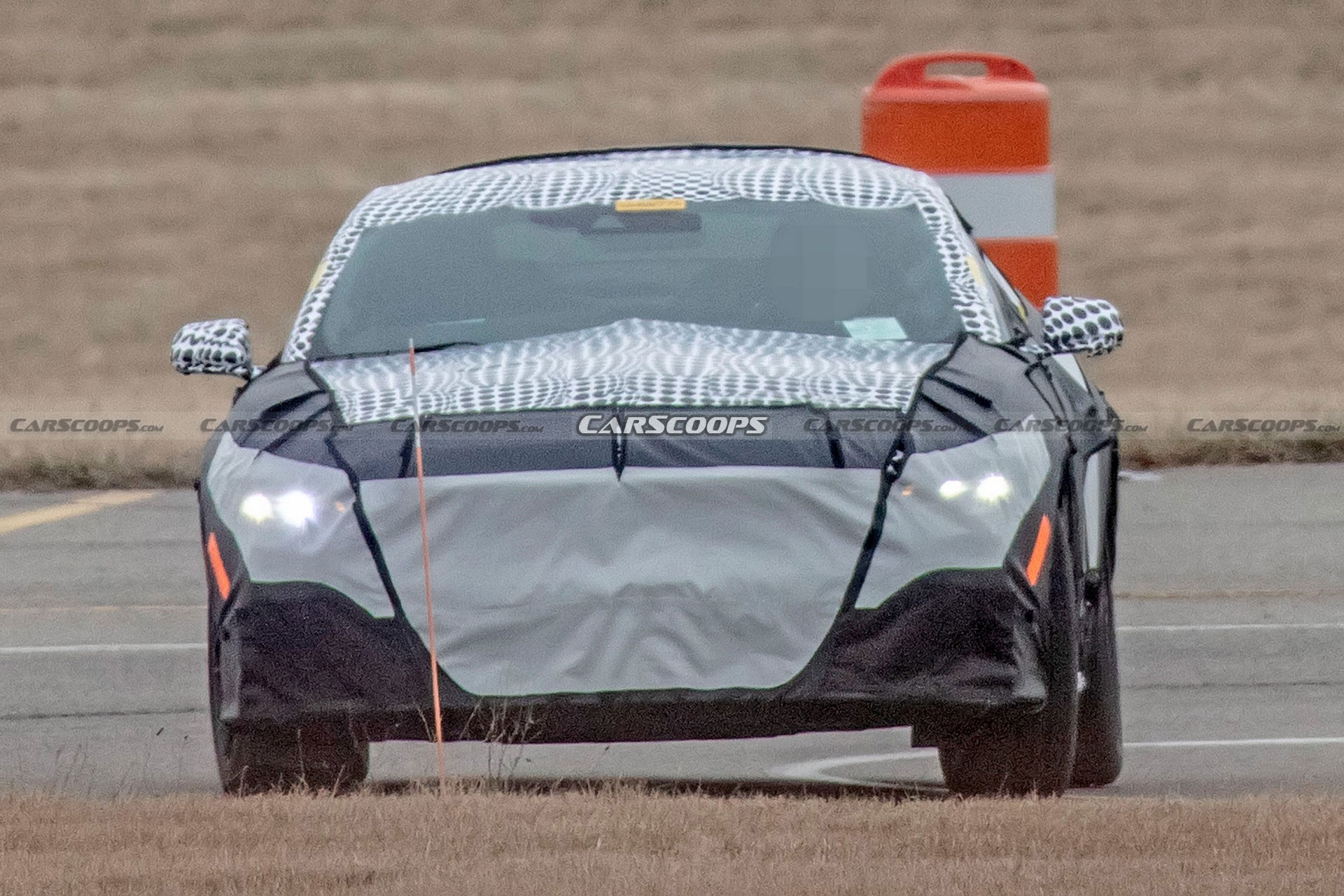 The front end gives way to a long hood and a rakish windscreen, which gives the pony car an instantly recognizable shape. They’re joined by aggressive side skirts, a familiar greenhouse, and five-spoke wheels that are backed up by a relatively tame braking system.

The rear end is a bit more revealing as we can see a sporty dual exhaust system and what appears to be a diffuser. The model also has new taillights that seemingly retain their vertical accents.

While we can only make out a few details at this point, the model looks promising and will likely resemble a sportier and more modern take on the current pony car. That remains to be seen, but the Mustang is the world’s best-selling sports car so messing with success is likely off the agenda. 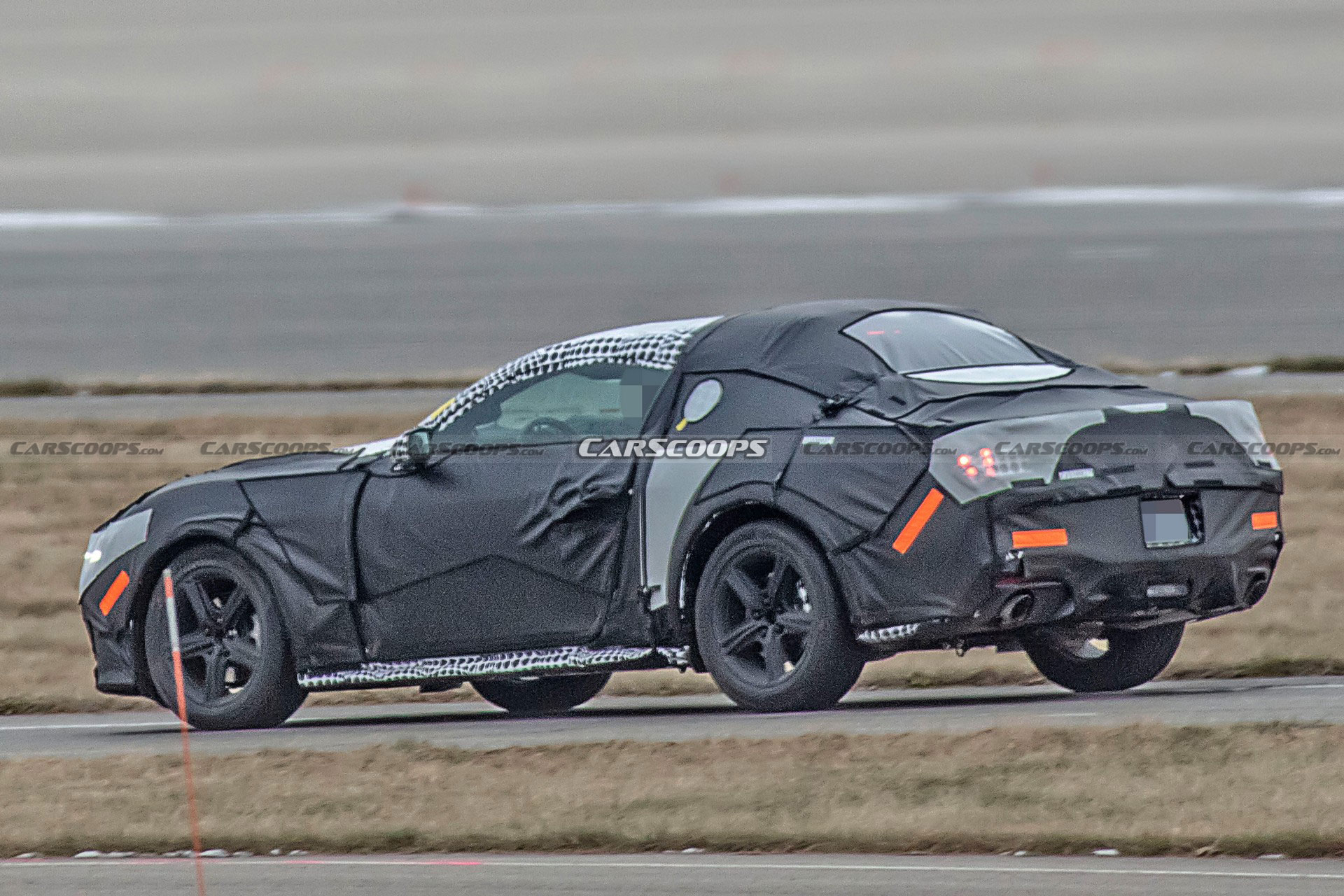 What about under the hood?

That being said, the model will be a departure from its predecessor as an engineer’s LinkedIn page indicated the car will be offered with hybrid versions of the familiar 5.0-liter V8 and 2.3-liter EcoBoost four-cylinder. Ford hasn’t been coy about going the hybrid route either as, in 2018, the company said the “Mustang Hybrid will be all about delivering V8-like performance with more low-end torque.”

Little is known about the powertrains at this point, but Ford patented a “twin motor drive system for [a] hybrid electric vehicle” that featured a V8 engine as well as two electric motors. It noted the internal combustion engine would power the rear wheels, while the electric motors would motivate the ones up front. This also meshes with reports that the upcoming Mustang will be offered with an optional all-wheel drive system.

Of course, nothing is set in stone at this point and there have been conflicting reports on when the model will arrive. Some have suggested the Mustang could be introduced this year as a 2023 model, while others have suggested the car will arrive a year later. Regardless of when it debuts, the anticipation is building.