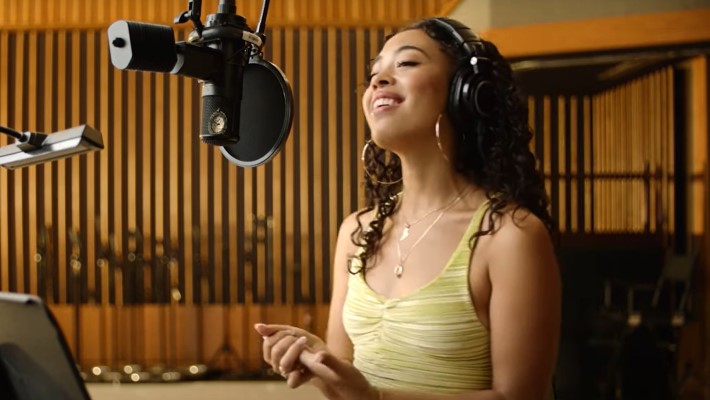 LA-based R&B singer Joyce Wrice has quietly made a name for herself locally thanks to the feel-good, throwback vibes 2021 debut album Overgrown, but her next project just might make her a household name — at least, if your household includes any demographic that grew up on Disney Channel staple The Proud Family. It’s fitting that an artist who made nostalgia her stock in trade has been selected to sing the theme song for the Proud Family reboot coming soon to Disney +.

“I am so excited to share that I’ll be singing the reimagined theme song for #TheProudFamilyLouderAndProuder” she tweeted. “I am a huge fan of the original series and am honored to be a part of the #DisneyPlus Revival. I can’t wait for you to hear it!!”

The Proud Family: Louder And Prouder will follow the ongoing coming-of-age adventures of Penny Proud and her friends as they enter the world of dating — opposed, as always, by Penny’s overbearing dad Oscar. Judging from the trailer that dropped earlier today, the storylines will expand the scope of the show to encompass modern-day topics and the various pop culture changes that have taken place since the original groundbreaking series broke boundaries in the early 2000s.

In addition, the show will feature a who’s-who of Black entertainment talent including Lizzo, Tiffany Haddish, Gabrielle Union, Lil Nas X, and more.

As far as Wrice’s involvement goes, Disney dropped a cute featurette to explain how the burgeoning star was pulled into the project to put her own unique spin on the theme song originally made famous by Destiny’s Child. You can check that out below and watch the trailer above, and keep an eye out — something tells me Ms. Wrice’s rise to superstardom is just beginning.