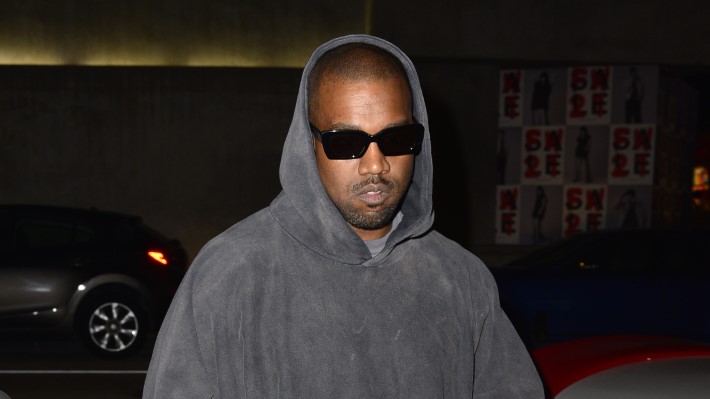 A leaked snippet from a supposed new Kanye West song suggests that while Kim Kardashian-West is cool with her future ex-husband’s choice of partner, the feeling is not mutual. The song, which allegedly appears on a song with The Game titled “My Life Was Never Eazy” and was sourced to a Clubhouse chat with Game’s manager Wack 100, finds Kanye name-checking Pete Davidson, Kim’s new beau, and sending a few fighting words the comedian’s way. “God saved me from the crash / Just so I can beat Pete Davidson’s ass,” he raps.

The rough-sounding snippet may not even appear on the song, which is said to be intended for either Kanye’s Donda sequel or Game’s “comeback” album Drillmatic, according to TMZ. I guess it just goes to show: Women definitely handle breakups better than men.

Certainly, Kanye’s reaction seems to contradict 21 Savage’s assertion that it was him who did the dumping. It also sounds a bit hypocritical, considering he’s been very publicly affectionate with his own new romantic interest, actress Julia Fox. Fox detailed the burgeoning couple’s recent date, recalling how he’d rented a hotel suite full of clothes for her to take photos in — y’know, very reasonable second-date behavior. In the meantime, Kim’s relationship with Pete has also attracted its fair share of attention for the supposedly odd-couple pairing, which model Emily Ratajkowski attributed to his charm and vulnerability — a definite contrast to Ye’s megalomania.