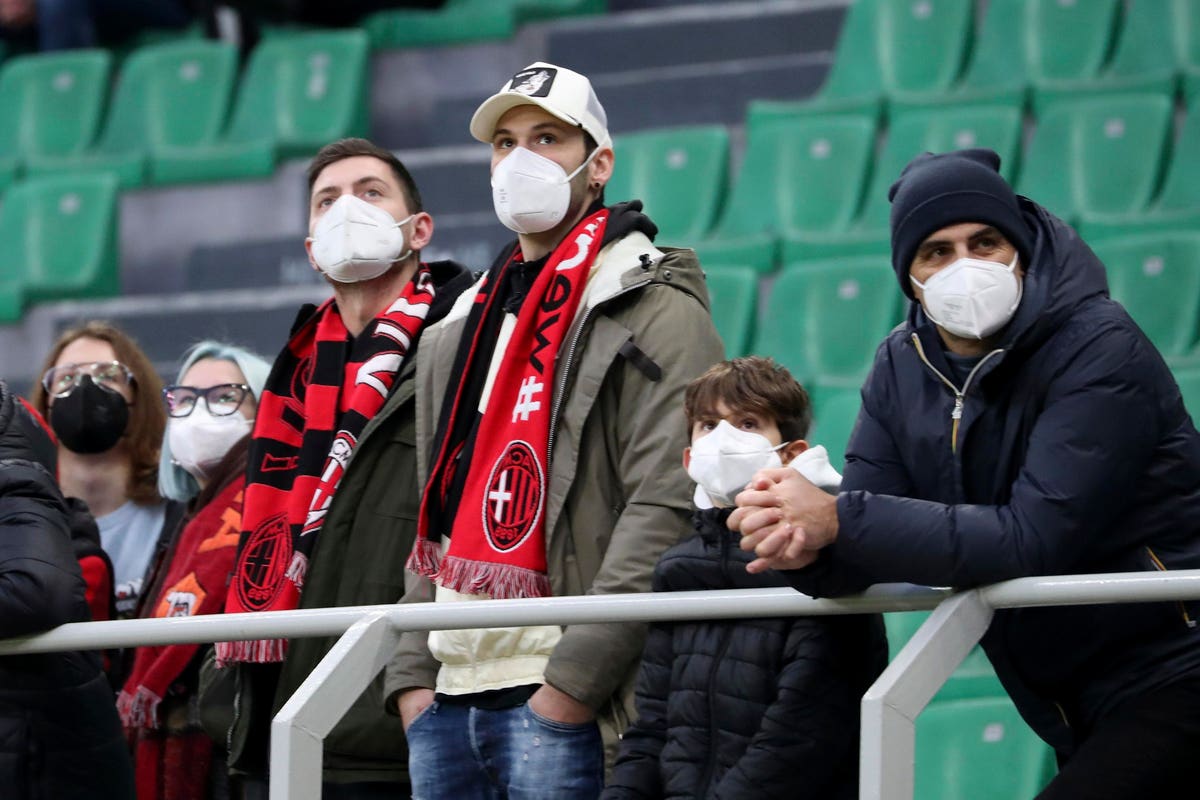 The Omicron variant has lately been surging across Italy, as the country registered peaks of 220,000 daily cases with as much as 16% of the total Covid-19 tests coming back positive.

Amid the rapid spread of Omicron, Serie A executives considered postponing the league but eventually opted to shrink attendance numbers in soccer stadiums.

Was it the right choice? What are the financial implications weighing on the league as Serie A clubs prepare to restrict turnout to a maximum of 5,000 fans?

Postponing the league for two weeks was one of the possible scenarios, and one that would have given the country some time to weather the current peak of Omicron infections. The thickness of the teams’ schedule, however, simply made this option unfeasible, as there are plenty of domestic, European and international competitions to be played in the second half of the 2021/22 campaign.

To meet the government request, the 20 Serie A teams unanimously agreed to strengthen attendance restrictions in stadiums: The league games scheduled for Jan. 16 and Jan. 23 will host up to 5,000 people, with the visiting supporters’ section set to remain closed in an effort to discourage traveling from away fans.

The Financial Damage For Italian Soccer

Marco Bellinazzo, a soccer finance expert who has been covering the intersection of Italian soccer and business for 15 years, spoke to me about the estimated financial damage that the revisited attendance numbers will cause to Serie A.

Across an entire Serie A season, ticketing generates an annual $400 million revenue, Bellinazzo explained. This means that two rounds on average bring about $21m, which Serie A clubs will fail to pocket over the next two match days.

Missing on this kind of revenue contributes to worsening the already-stressed financial situation of Italian soccer, an industry that missed out on €1.2 billion ($1.4b) in revenue since the beginning of the pandemic, Bellinazzo explained. At the same time, Italy’s most popular sport received just $60m in subsidies from the government, which represents about 1/24 of the claimed losses.

And while Italian soccer expected to receive a larger financial aid from the government, most of the help came in the form of tax deferral.

“There hasn’t been a true subsidy like it happened for other industrial sectors, only provisions such as the extensions of deadlines for fiscal and pension payments,” Bellinazzo said. “But that requires the league to make those payments, so it represents no discount in monetary terms.”

Because new regulations demand fans to meet strict safety requirements when entering stadiums (besides wearing FFP2 masks for the entire length of the sporting event, fans have to show a Super Green Pass, which is a document that certifies proof of vaccination or recovery from a recent Covid-19 infection), Bellinazzo believes that Serie A should have kept its outdoor sporting venues accessible to spectators at half of their seating capacity.

This way, clubs would have been able to rely on proceeds from ticketing and hospitality, a revenue source that is particularly essential for Serie A to start recovering from two years of financial struggle.

“Because the industrial sector of sports – and soccer – was asked for a (financial) sacrifice that the other industrial sectors were not asked for, I think it would have been better to continue with a 50% capacity,” Bellinazzo said, pointing out that for big clubs, the new attendance cap will feel like playing behind closed doors.

“It (the 5,000-fan limit) basically means empty stadiums for major clubs. Teams like Inter Milan and AC Milan bring 50 to 60 thousand people to the stadium, which means that for the next two Serie A rounds, they will have to forgo an important revenue source,” he added.

The 5,000 attendance restriction will stay in place until after the international break, which is happening on the weekend of Jan. 30.

Serie A is planning to bring stadiums back to 50% capacity for the Feb. 6 round, although the rise of the Omicron variant continues to cast doubts on what will be the best course of action for the league and the Italian population.