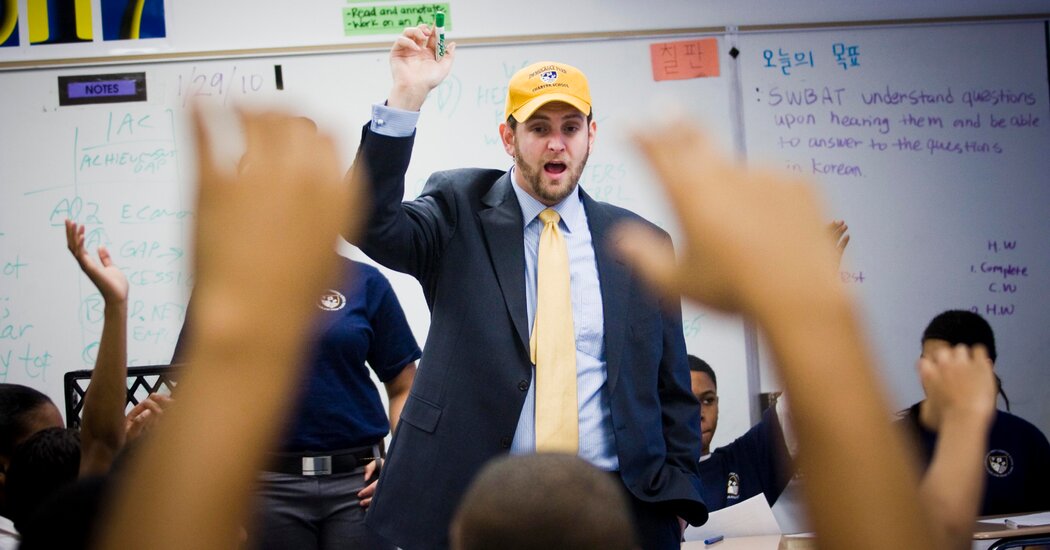 Under an agreement with the New York State Board of Regents, the charter network had been required to “maintain an ‘escrow account’ that may be accessed only if the school dissolves,” prosecutors said. Mr. Andrew was a signatory to those accounts and had access to them, they said. The money in the accounts totaled a little more than $218,000.

On March 28, 2019, Mr. Andrew walked into a bank and closed two escrow accounts and walked out with two checks totaling more than $142,000, prosecutors said.

The bank had offered customers a reduced interest rate on their mortgage “for every $250,000 on deposit, up to a total of $1 million,” prosecutors said. Using the $142,000 from the charter schools enabled Mr. Andrew to receive a reduction in the interest rate of 0.5 percentage points, they said.

In August 2019, Mr. Andrew and his wife, who was not charged, bought a Manhattan apartment for about $2.4 million, prosecutors said. To make the purchase, they had obtained a mortgage of about $1.8 million, taking full advantage of the promotion the bank had offered for favorable interest rates, prosecutors said.

In a statement on Friday, Democracy Prep said: “We are glad that this sad chapter is over and thankful to the authorities for their hard work on this case.”

In a letter to parents last year, Natasha Trivers, the chief executive of Democracy Prep Public Schools, said that although the schools had not been materially affected by the crime Mr. Andrew had been accused of, it was a stark departure from Democracy Prep’s values.