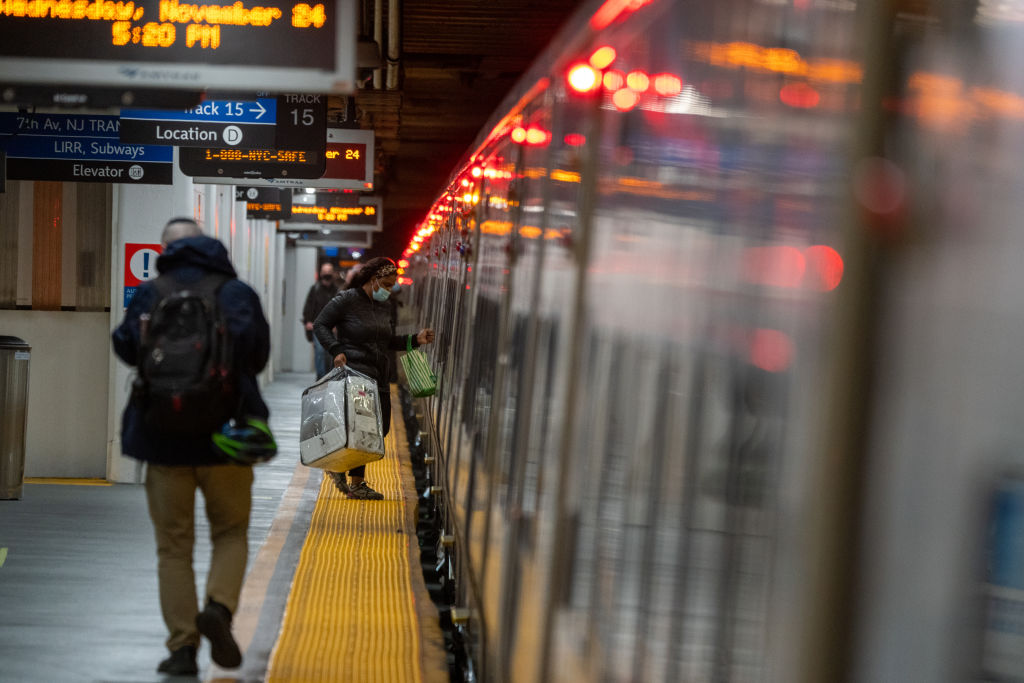 At some point, racist white people are going to have to learn that throwing bigot tantrums in public spaces might not work out well for them in the digital age where literally everyone has a camera on them at all times.

Two pigment-redacted New Yorkers were riding the train home from a basketball game when they were reportedly approached by a family of brown people with accents and apparently that was enough to trigger their hatred because they got themselves caught on camera shouting at them, throwing liquid at them and declaring that “these f**king foreigners ain’t taking over my f**king country!” (I mean, you would think residents of New York would be used to the melting pot by now, but it appears some people can’t be desensitized out of their bigotry.)

Liz Edelkind told NBC New York that she was with her 10-year-old son, her husband and two others, as they were on their way home from a New York Knicks game at Madison Square Garden when she asked the white couple if they could change seats so her family could all sit together—and that’s when all caucasified hell broke loose.

“The couple started to verbally attack me, calling me curse words, immigrant, that I don’t pay taxes, that I have no rights in this country,” Edelkind said, adding that she was initially baffled by their behavior because her family “had nothing to do with them.”

“They threw beer at us,” she continued. “My pastor and her husband, and my husband, got in the way to protect me.” NBC noted that “a social media post from someone who claimed to witness the incident also said beer was thrown, and that the couple referred to Edelkind and her group as ‘foreigners.’”

“How dare they assume because I look or sound different that I am not a U.S. citizen,” Edelkind said. (Oh sis—welcome to America.)

So now the MTA police are now investigating the incident, but so far no arrests have been made. NBC did, however, speak with an attorney for the white couple’s employer who confirmed that they were both fired.

Don’t be surprised if they blame those pesky “foreigners” and not their own unmitigated whiteness for costing them their jobs.

Herschel Walker Promoted Magical ‘Mist’ That Will ‘Clean You From COVID’…Yes, You Read That Right