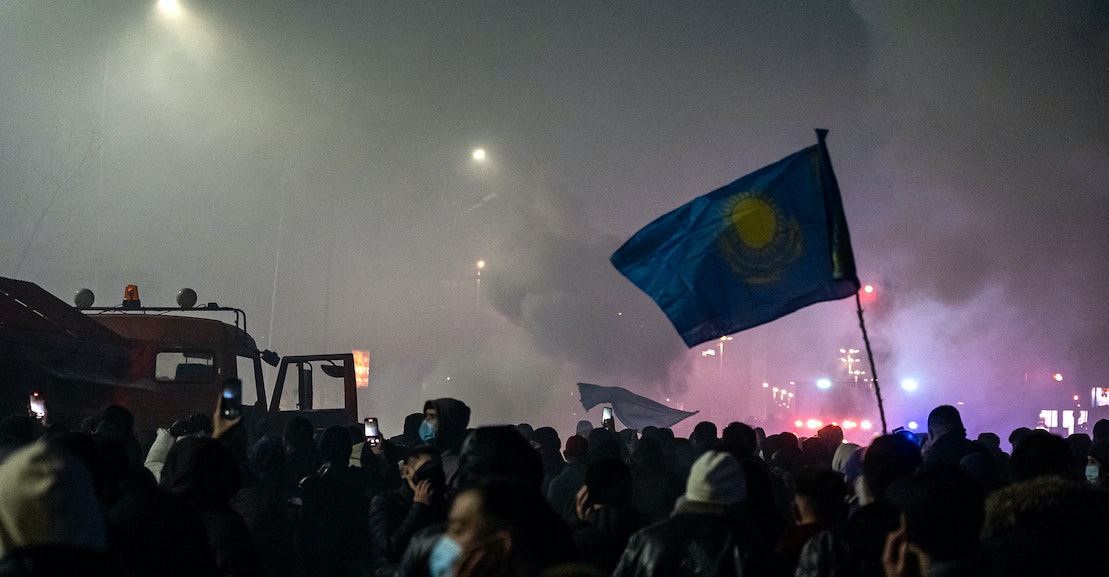 There are, however, a handful of key lessons and responses policymakers should begin digesting and implementing, as swiftly as possible. They all center not on Kazakhstan specifically, but on the kind of regime Nazarbayev long represented—and on a new war the White House launched just last month, on transnational money laundering, illicit finance, and modern kleptocracy.

Nazarbayev may not have been a household name in the West, but for years he represented the apotheosis of modern despotism, of untrammeled and undistilled kleptocratic corruption. While he put on a cheery smile for Western audiences, spinning tales of his regime as a bulwark of steadiness in an ocean of instability, he, his family, and his inner circle appeared focused on little more than thieving from Kazakhstanis and on using their access to the levers of state power to enrich themselves while immiserating the body politic.

None of this is especially secret. Years ago, the U.S. Justice Department formally accused Nazarbayev of colossal corruption that forced Western hydrocarbon companies to funnel tens of millions of dollars to the budding dictator. The funds, routed through Swiss bank accounts, allowed Nazarbayev access to as many speedboats and snowmobiles and fur coats as he wanted, according to American officials. The allegations ended up in what at the time was the largest case ever seen related to America’s Foreign Corrupt Practices Act. Nor was Nazarbayev alone in his grand larceny. As with kleptocratic regimes elsewhere, Nazarbayev’s family gorged on as much illicit wealth as they could find.

Last month, I helped co-author a new report with Chatham House looking specifically at how post-Soviet elites bundled billions of dollars into the United Kingdom, using British barristers and accountants and real estate agents to evade money-laundering controls. There, at the center of hundreds of millions in assets unearthed, stood Nazarbayev’s family: his daughters, his son-in-law, his grandson, all connected to an astonishing range of Western assets. (Given the rampant drive to stash ill-gotten gains in things like British real estate, the numbers were just “the tip of the iceberg,” as one of my co-authors, Thomas Mayne, said.) As if those numbers weren’t staggering enough, just this week The Telegraph reported hundreds of millions more in assets connected to Nazarbayev’s youngest daughter, detailing how she instructed her financial advisers “to buy palatial homes, a private bank and a luxury jet” via a range of Western anonymous financial secrecy vehicles.