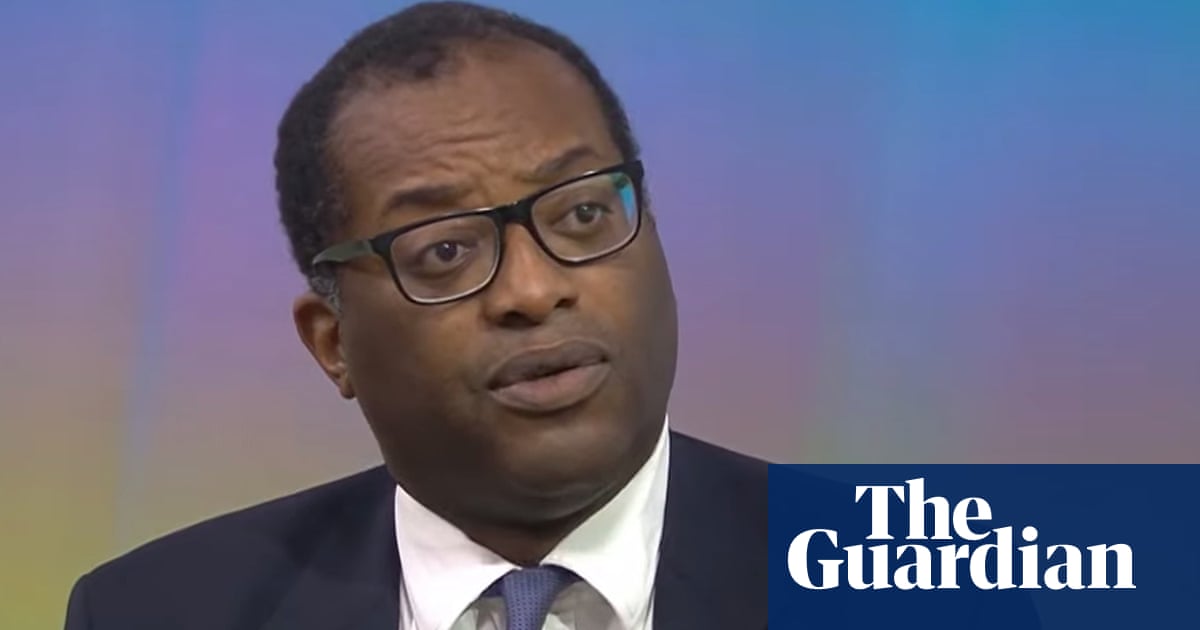 Anger is growing across the Conservative party over a Treasury document on the costs of the net zero strategy which MPs claim has been “neutered” – though sources insisted estimates had not been reliable enough to include.

Alongside Boris Johnson’s strategy to end Britain’s contribution to the climate crisis by 2050, the Treasury released an assessment warning it may need to raise taxes or cut public spending to fund the strategy.

Multiple government insiders did not deny the document had excluded some high cost estimates, only warning in general terms that there could be “potentially significant implications for the UK’s fiscal position”. The Institute for Fiscal Studies has suggested costs are more than £1tn over 30 years, though much will come from private investment.

Backbench anger over the alleged neutering comes amid renewed disquiet over relations between No 10 and the Treasury. One of Boris Johnson’s closest cabinet allies, Kwasi Kwarteng, directly contradicted an assessment in the Treasury’s report, saying he did not agree a switch to electric vehicles would hit poorer families.

Kwarteng, the business secretary, is widely acknowledged in Westminster to be an outrider for Johnson, especially on environmental issues that particularly incense Tory backbenchers.

Johnson and Kwarteng are said by sources to be enthusiastic converts to investing in clean technology, entrenched most recently by the gas and petrol crises but also by the Covid pandemic and the destruction wrought on the economy by a major catastrophe.

Whitehall sources pointed to how Kwarteng knocked back some of the claims made in Sunak’s analysis of the strategy on Wednesday.

The Treasury document suggested a move to electric vehicles could hit poorer citizens hardest but Kwarteng told the BBC: “I don’t accept that at all. I accept lots of what they say, but I think the actual transition to electric vehicles is successful and we should be doing it more rapidly.”

There is concern at the top of government that frosty relations between No 10 and No 11 – home to Rishi Sunak’s Treasury – over green spending could dominate the run-up to the crucial Cop26 summit in the UK press. Some officials have been aghast to see the focus on tax rises rather than efforts to combat the climate crisis.

“There are no ways to calculate the headline cost of net zero, you have to make a huge amount of assumptions – it would be irresponsible to put out those figures based on stuff we don’t know is going to happen,” a Treasury source said.

“The Office for Budget Responsibility can put out estimations in their fiscal risks report but it is very different thing for the Treasury to do it. If we do it, it’s taken as fact. It would be irresponsible to do that. We do not know what technologies will emerge, we don’t know what we will need to invest in.”

Another No 10 source said there was “no wisdom throwing around trillions” which could not be properly predicted.

Pressed on why the analysis did not have projected costs, Johnson’s spokesman said: “The actual review sets out that the overall costs are highly uncertain, and there are various estimates already in the public domain on this, but the important thing for us to emphasis that climate and finance bodies have been clear that the costs of inaction or late action would be far greater.”

A government source said Sunak had won some battles over how the strategy was presented, saying he was “very mindful of the way we have this conversation with the voter, he just doesn’t want to make what has been a very difficult period for people even more difficult”.

The source pointed out how the Treasury’s influence on how the strategy had been presented, with a focus on £90bn of private sector investment over a decade and the creation of 440,000 jobs.

Net zero-sceptic backbenchers view Sunak as someone who will give them a hearing in government, unlike Johnson. Sunak, who is preparing for next week’s budget, was not quoted in the main net zero strategy and will not make any major intervention in the next fortnight to put his stamp of support on the plans. A No 10 source said Johnson would “bang the drum” for the plans.