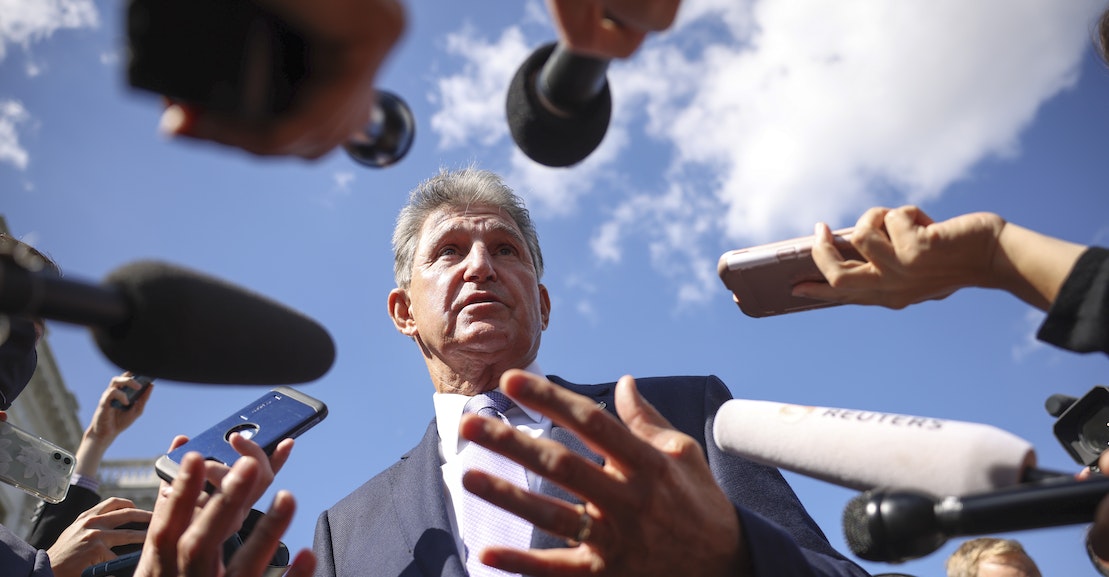 “I would probably favor having the college benefit and the community college piece means-tested. But some point out that, overwhelmingly, people going to community college are going to meet the means test, so there is some degree to which if you put up a paperwork, means-testing requirement on something that is already largely for low- and middle-income people, you’re just creating a paperwork headache,” Kaine said.

Manchin has suggested that he would support means testing for expanding Medicare to include vision, dental, and hearing benefits, but he is not the only moderate lawmaker to do so. “We have to have means-testing to bring it in,” Representative Henry Cuellar told Bloomberg News.

With a multitude of policy priorities, and the need to negotiate with Manchin and other moderates in the party, it’s likely that means testing will remain on the table as a method to reduce the cost of the final reconciliation bill. Representative Ilhan Omar, the Congressional Progressive Caucus whip, told reporters earlier this week that “we obviously don’t believe in means-tested policies, but we’re willing to have a conversation.” Senator Ron Wyden, the chair of the powerful Finance Committee, told reporters this week that he would “let my colleagues have a chance to be heard” on means testing.

It’s still unclear whether all of the programs sought by progressives will be included in the final bill, but despite the flaws inherent to means testing, concessions will likely be made. “The bottom line is, I think you’re gonna see, likely, some pieces of the bill are gonna have a means-testing element, and some are not,” Kaine told The New Republic.