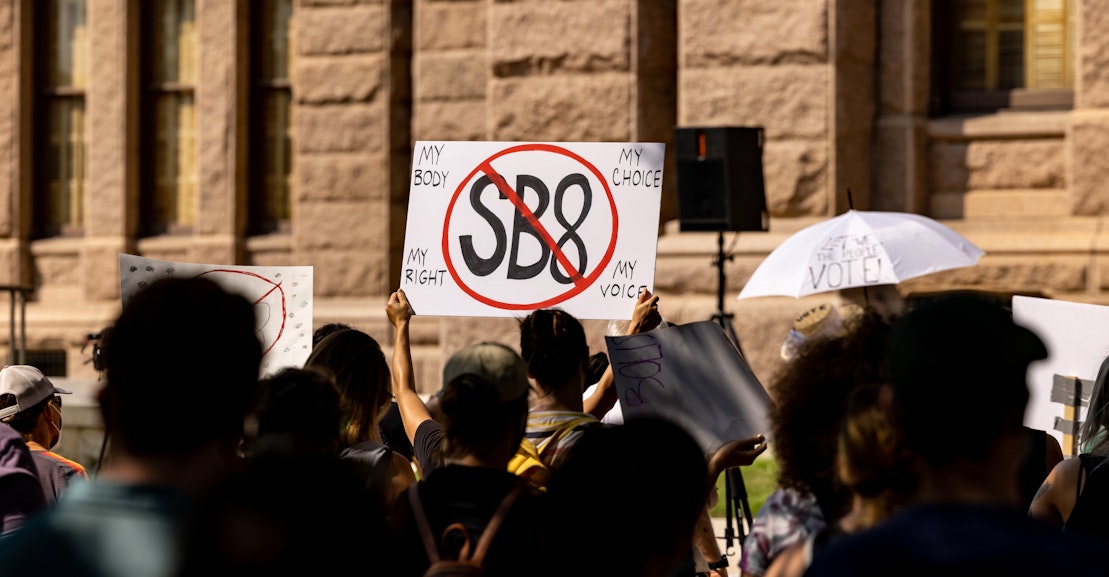 The lawsuit is also unusual in other ways. Stilley spent almost an entire page making unrelated assertions about Braid and his beliefs. The complaint claims that Braid “is kind and patient and helpful toward bastards, but ideologically opposed to forcing any woman to produce another bastard against her own free will,” that he “has some understanding of the cruelty and abuse heaped upon bastards and social misfits in Texas prisons,” and that he “would willingly devote substantial parts of his own personal resources to assist in improving the correctional outcomes of Texas state prisons.” It’s unclear what this has to do with S.B. 8 or Braid’s admitted performance of an abortion.

The complaint then goes on to speculate about Braid’s spiritual beliefs, asserting among other things that he “believes that his Elohim (‘mighty ones,’ AKA ‘God’) is entirely capable of giving a new body to replace a defective fetus, in the here and now, and not only ‘when you die bye and bye.’” Stilley told the court that each of these claims was based “on information and belief,” a legal phrase usually used to indicate in sworn statements that something isn’t firsthand knowledge, but not typically used in this context. Stilley also said that he called Braid “to inquire whether or not [Braid] might repent of his ideology as well as his deeds and agree never to perform another abortion” before filing the lawsuit, but was unsuccessful.

In an interview with The Wall Street Journal, Stilley claimed his lawsuit wasn’t actually motivated by anti-abortion views but rather by personal gain. “The doctor is going to get sued,” he reportedly told the newspaper. “Someone is going to get $10,000 off him. If that’s the law, I may as well get the money. If it’s not the law, let’s go to court and get it sorted out.” It’s hard not to see that mindset as a predictable outcome of S.B. 8’s design and intent: turning random individuals into would-be bounty hunters to make a buck off anyone who helps a woman obtain a medical procedure protected by nearly a half-century of Supreme Court precedent.

It might be tempting to chalk up the strange tenor of these lawsuits to their eclectic plaintiffs. But the root of the problem can be more accurately traced to S.B. 8 itself. The law’s authors tried to evade judicial review by outsourcing enforcement of their six-week abortion ban to private citizens, throwing out procedural traps for skeptical judges and giving convenient excuses to let it stand for sympathetic ones. By effectively nullifying Roe through legal gimmicks, S.B. 8 allows judges and justices to make a mockery of the rule of law.