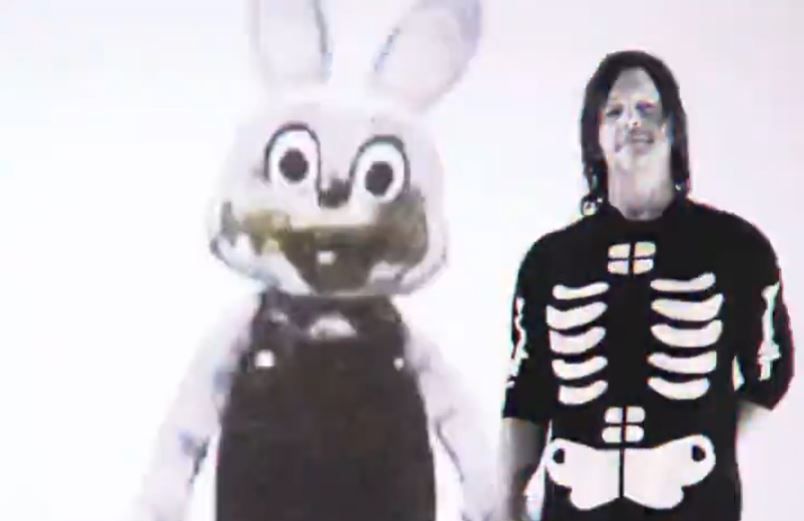 Silent Hills still keeps people awake at night, and for good reason: the cancelled survival horror was to be directed by Hideo Kojima and Guillermo del Toro, it was to star Norman Reedus, and its playable demo P.T. was so terrifying it has spawned hordes of clones. When Kojima departed Konami in 2015, the latter said that it will “continue to develop the Silent Hill series,” but there’s been no further word since.

Fast forward to 2021 and Silent Hill is everywhere. Konami is reportedly planning two new Silent Hill games, and The Medium studio Bloober Team is believed to be one of them—a belief Bloober Team hasn’t ruled out. Bloober Team entered a “strategic co-operation agreement” with Konami earlier this year.

Konami’s rumoured Silent Hill games may not have anything to do with the cancelled Silent Hills, but a new Instagram post by Norman Reedus has fans speculating again, poor souls. It depicts Reedus wearing a skeleton onesie next to Robbie the Rabbit, the terrifying mascot for Silent Hill 3’s Lakeside Amusement Park. The short looping video is warped and obscured by harshly strobing light.

Big warning: the short video below has rapidly flashing lights and may be dangerous for some readers.

Whether Silent Hills exists or not at the moment is anyone’s guess, but Reedus at least doesn’t want us to forget about it, or else really loves that effed up bunny. The Silent Hill subreddit is almost exhausted by the whole affair. “What is actually happening anymore,” one user writes. Another, simply, “no.”

As an aside, people still think Abandoned is a secret Kojima project, or at least something Kojima is working on. Studio Blue Box Games has denied it, but frankly, their most recent tweet isn’t doing them any favours.

To clarify, that blurry face in the background looks a lot like Big Boss from Metal Gear Solid.