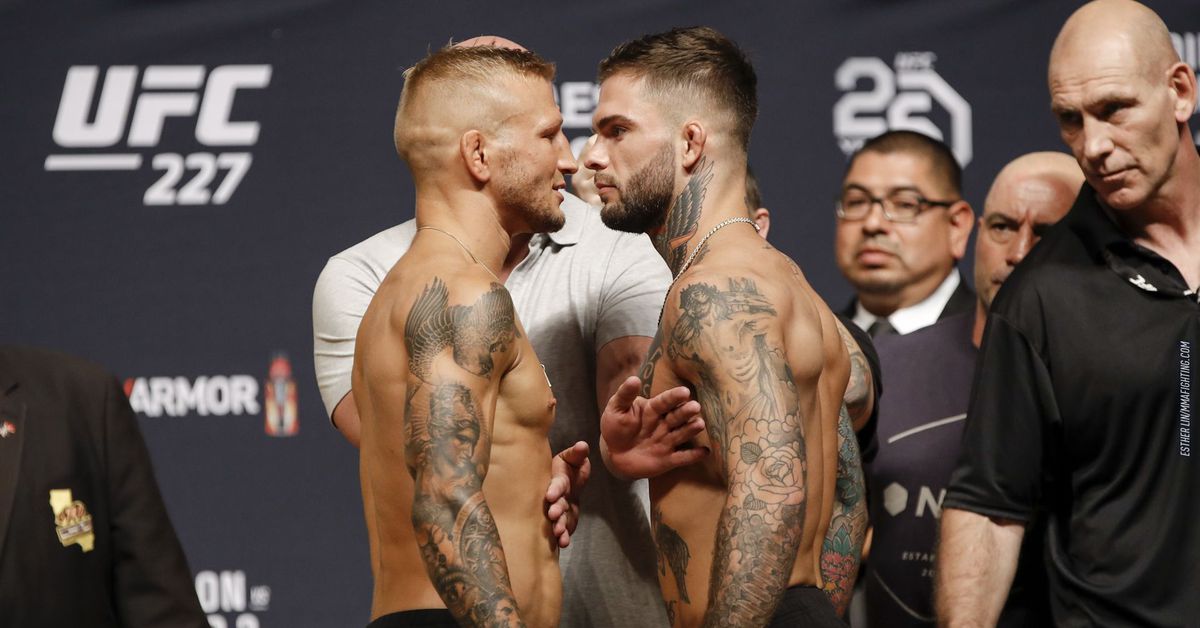 Before T.J. Dillashaw’s return against Cory Sandhagen at UFC Vegas 32, take a look back at his first fight against rival Cody Garbrandt at UFC 217.

After losing the UFC bantamweight title to Dominick Cruz in a razor-close split decision, Dillashaw battled his way back into contention with a pair of wins in a fights against Raphael Assuncao and John Lineker. Then he stepped in front of cameras to coach opposite his former teammate turned rival for The Ultimate Fighter 25, and the stage for a showdown was set.

The fight itself was competitive early on with Garbrandt firing back quick combinations as Dillashaw sniped from the outside. Garbrandt knocked down Dillashaw at the end of the first and appeared to be a few shots away from a finish, but Dillashaw managed to survive.

In the second round, Dillashaw cleared his head and got his revenge. He first rattled Garbrandt with a head kick and then followed up with a combination that dropped the champ. With a series of follow-up punches, Dillashaw had recaptured the belt. But his rivalry with Garbrandt wasn’t over – the two would meet nine months later for a rematch.

Check out the full fight video above.