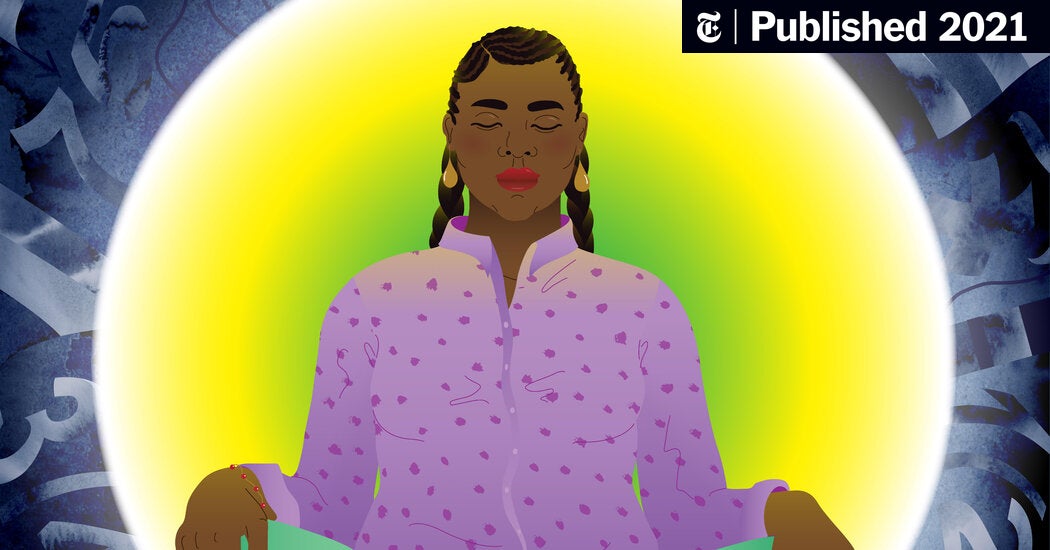 When Halona Black lost her 49-year-old mother to breast cancer in 2006, she was sure she was destined to suffer the same fate. She had seen the data: Black women were 40 percent more likely to die of breast cancer than white women, especially those with close relatives who had been diagnosed with it.

Ms. Black, then based in Florida, became determined to outwit her destiny, though she didn’t have much reliable information about how to do that. She stopped using store-bought deodorant, based on unproven claims that they can cause cancer, and started making her own with baking soda. “I attempted veganism for a while,” she said. “I know all of this sounds crazy, but I was desperate to have a long, happy life.”

As she drew closer to 39, the age her mother’s cancer was diagnosed, she said she made increasingly rash decisions to get the most out of life. She dropped out of her Ph.D. program and divorced the man she’d fallen in love with, worried that a conventional life might squander her remaining time.

Over the last 18 months, Americans received regular reminders of their own mortality, thanks to daily reporting of Covid-19 numbers. But for Black women, the dull roar of alarming health data was relentless even before Covid-19 and only grew during the pandemic. As a Black woman myself, I found health data to be frightening, especially this past year as I became pregnant and gave birth. While the data and reporting is important for policymaking, it can be detrimental to your mental health when it becomes a stream of terrifying headlines about your community or people who look like you.

“We’ve been made to think that a Black woman has a set, depressing life trajectory. If she survives pregnancy and childbirth, her baby may die. If the baby lives, they’ll likely get shot by the police later in life,” said Monique Drake, 44, a mother of two in New York City.

Some experts suggest that persistent fear like this can fester and become chronic anxiety or stress, which can also potentially affect the immune system and leave people vulnerable to disease. When reading disturbing health stories, it’s important not to automatically internalize them.

“General audiences should approach any health report with a healthy dose of skepticism,” said Melody Goodman, the associate dean for research and a biostatistician at New York University’s School of Global Public Health. “Data can be interpreted in many ways.”

While health data sets and research provide a window into why racial health disparities exist and persist, they mostly look at broad categories such as race, class or income. They don’t capture the full experience of an individual and Black women, and many experts complain they are often portrayed as a monolithic group. Information including their environmental, genetic, behavioral and psychosocial makeup is often overlooked.

Take the statistic that shook Ms. Black. At first glance, a 40 percent higher mortality rate for Black women with breast cancer is staggering and could lead a layperson to assume there must be some genetic reason, something unique to their DNA. But this notion evaporates under inspection. For instance, when you control for socioeconomic status, breast cancer incidence in Black women is comparable or lower than that of white women. Low socioeconomic status among Black women — which translates to being poor and uninsured — often leads to delays in treatment, which contributes to the higher breast cancer mortality rate.

When I got pregnant in August 2020, I worried that I was 12 times more likely to die during or after birth than my white counterparts in New York City because of pregnancy complications like hypertension. I even read a widely-shared story that my baby had a high likelihood of dying if I didn’t find a Black pediatrician. Having worked in health communications, I knew that headlines can be sensationalized and not every data point applied to me, yet I still worried something was wrong with my Black body. So, I went out of my way to find a Black obstetrician and gynecologist.

Of course, no one is just Black, in the same way no one is just from New York. A person can be classified many ways. I am a Black American woman, but I am also an immigrant from Kenya. Seen through the lens of being an immigrant with insurance, my chances and my baby’s were far better.

“Personal lens matters when looking at data,” said Dr. Goodman, the associate dean for research and a biostatistician at New York University’s School of Global Public Health. “Not every health report on Black women affects all Black women.”

There are countless ways that geography or personal history impact data. Like that scary sound bite about Black babies dying at higher rates than white babies if they’re not treated by Black pediatricians? That study only looked at cases in Florida.

Furthermore, Black infant deaths are generally higher in that state than those of white children, meaning it’s possible to spuriously link them to all kinds of factors — the parent’s weight, ZIP code or their doctor’s race. That does not mean one causes the other. Also, as the researchers themselves carefully pointed out, the deaths were more likely to happen in complicated pregnancies, meaning they may have just not had the resources to ensure success. But these subtilties are often lost in the headlines.

Research is always limited in scope — you rarely have enough subjects or time or money or space. But news outlets and social media favor sound bites, and context is often missing. The news about Black pediatricians was so ubiquitous that a friend in South Africa called and begged me to find a Black doctor for my child.

Annie Deitcher, a 31-year-old education program coordinator in Albany, N.Y., stopped watching the news and quit social media in 2018 after she saw the headline “Nothing Protects Black Women From Dying in Pregnancy and Childbirth.” Ms. Deitcher, who was pregnant at the time, was so fearful of giving birth in a hospital that she chose to have a home birth. “Home births are not without risk but it’s the choice that gave me the most peace,” she said.

Patients need data that is individualized, personalized and precise to make good decisions. Black women especially need accurate narratives about what health research actually means and how they can use it to advocate for appropriate care, Dr. Goodman said. The Black Women’s Health Imperative provides Black women with lifestyle support, and the Loveland Foundation focuses on mental health assistance.

It’s important for all media consumers to be choosy about what sources of health reporting they are exposed to. If a headline feels ominous or anxiety-inducing, experts suggest looking at two or more other reliable journalistic sources to compare how they report the same findings. It’s also helpful to be vocal about your concerns, and talk with family and friends about upsetting statistics or reach out on social media for support.

And occasionally, experts said, it’s possible to just tune it out. Ms. Black is now 40, a year older than her mother was at diagnosis. She’s healthy and now lives in Rwanda, a place that she described as “soft and gentle.” She stays away from health-related headlines. “Statistics is now an optional drama,” she said.

Jacquelynn Kerubo is a writer and public information specialist.