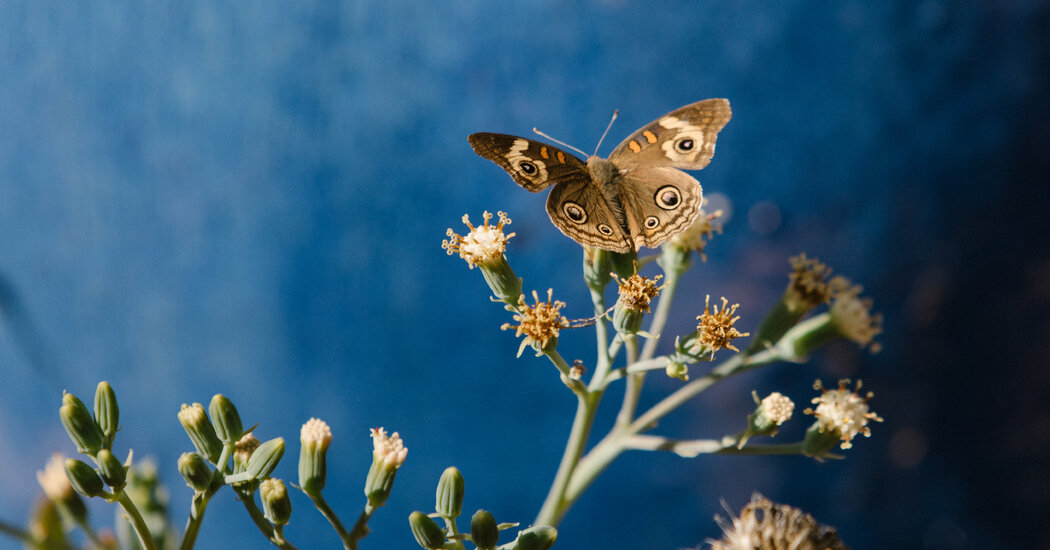 NASHVILLE — For Christmas last year, my husband ordered a sign for my butterfly garden from the Xerxes Society for Invertebrate Conservation, a nonprofit that works to protect insects and other invertebrates around the world. “Pollinator Habitat,” the sign reads. “This area has been planted with pollinator-friendly flowers and is protected from pesticides to provide valuable habitat for bees and other pollinators.” A note about where to find out more information includes a QR code that takes a smartphone straight to the Xerces Society’s “Bring Back the Pollinators” initiative.

National Pollinator Week begins on June 21, which is also the first full day of summer, a season we associate with bees and butterflies. What better time to launch an awareness campaign for the insects that are directly responsible for food and flowers? And what awareness campaign could be more necessary in an age when insect populations are crashing? Most of us know a butterfly when we see one, but their habits and habitat needs — and the perils they face — are another matter altogether.

In some ways, it’s odd that we need an awareness campaign at all. Young children are invariably enchanted by insects, especially brightly colored insects that float through the air as if made of air itself, as if painted by fairies and set free on the wind to make wishes come true. “Buh-fwy” was one of the first words all three of my babies learned to say. Today, none of them can tell the difference between a tiger swallowtail and a zebra swallowtail, a monarch and a Gulf fritillary.

Well, the world holds other enchantments to capture a young person’s fancy, I know. And today, there are far fewer butterflies to notice than there were when my sons were babies. The first of these hindrances to entomological knowledge is age-old and irremediable. The second is neither. . And solving it is crucial because so much of life on earth, including our own, depends on it.

That’s not hyperbole. At least 75 percent of flowering plants require the intercession of pollinators — bees and butterflies and moths, yes, but also bats and birds, wasps and beetles — to produce fruit and seeds. Pollinators are responsible for roughly one out of every three bites of food that human beings eat.

Unfortunately, my pollinator-habitat sign from the Xerces Society is not the only new sign in the neighborhood. Once warm weather arrived, many of my neighbors’ lawns began to sprout signs advertising a local mosquito-killing company: “Try our ALL NATURAL botanical,” the yard signs urge, as though “natural” poisons aren’t actually poisonous. As though any chemical that kills mosquitoes won’t also kill every other insect in the yard, as well. If it weren’t for all the doorbell cameras, I’d tiptoe around the block in the dark and post my own signs alongside the mosquito company’s signs. Mine would read: “Hemlock is natural.” “Nightshade is natural.”

But if you ask someone with a mosquito company’s sign in their yard why they are killing all their lightning bugs, why they are killing all their bumblebees and butterflies, they will look at you blankly. They don’t know they’re killing every invertebrate in their yard and starving out all the animals — birds and amphibians and reptiles and many mammals — who depend on insects for food. They never gave it any thought at all.

Other people are thinking about it, though:

These private, nonprofit, corporate and legislative initiatives to save pollinators will surely be more effective than change in one sector alone. What’s needed now is more of the same — more of these efforts and more help from the rest of us.

As the Xerces Society’s “Bring Back the Pollinators” initiative points out, creating a pollinator-friendly habitat doesn’t mean planting only flowers. Like virtually every other creature, pollinators need food, water, shelter and a nursery for their young. So set out a shallow water bowl and fill it with pebbles or marbles to give pollinators a safe place to stand while they drink. When fall comes, skip the mulch to give ground-nesting bees a place to burrow in for the winter, and leave dead stems standing after the first frost; many native bees will spend winter safely tucked inside those hollow stalks.

Above all, stop using pesticides, in your butterfly garden and everywhere else, because many trees and shrubs are important host plants for pollinators. The red maple is a host plant for cecropia moths. Pawpaw trees host zebra swallowtail butterflies. Hackberry trees host a whole variety of butterflies. So if there are holes in the leaves of your trees and shrubs, rejoice: Some necessary insect is using them as a nursery.

I felt a little self-conscious about my new pollinator sign at first. My friends in the neighborhood already know how I feel about their pesticides, and if I haven’t managed to convince them by now, no QR code is going to change anything. But the other day some new neighbors stopped my husband in the yard and told him our sign had inspired them to dig up part of the turf in their backyard and plant flowers, too. For the bees and the butterflies.

Margaret Renkl, a contributing Opinion writer, is the author of the books “Late Migrations: A Natural History of Love and Loss” and the forthcoming “Graceland, At Last: Notes on Hope and Heartache From the American South.”