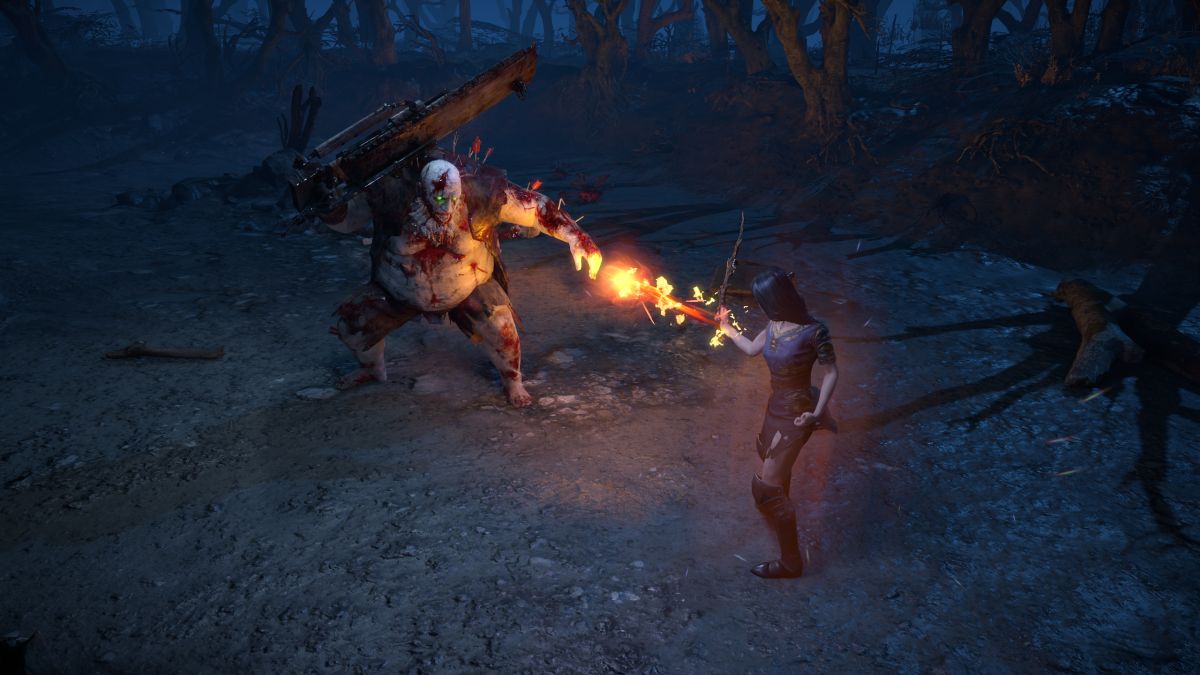 2022 is going to be an epic year for action RPGs, because the showdown Diablo 4 and Path of Exile 2 is gearing up to be. Today, Grinding Gear gave us our first proper look at Path of Exile 2 since it was first announced, with a new trailer and a 20-minute narrated walkthrough as part of a livestream announcing a new Path of Exile expansion, which we’ll have more info on in just a few minutes.

Both the new trailer and walkthrough focus on the second of seven planned acts, with the player pursuing their enemies across a desert with the aid of a nomadic tribe’s massive caravan, which also doubles as the act’s main hub. Finding their path through a mountain pass blocked, the player needs to fight through a network of tunnels to the gatehouse to open the door and resume the chase.

It’s an exciting bit of footage, and showcases some new weapon types. Spears have mobility skills built in, and the one shown allows the player to charge in for a damage boost or dash away to evade damage. This synergises nicely with the basic attack, a flurry of quick pokes followed by a heavy thrust. Stand your ground to get the maximum damage, or dodge away mid-combo to avoid telegraphed enemy attacks.

Judging by the player’s health frequently plummeting, mobility will be key, especially against the bosses shown. One big (and nicely animated) rock monster shakes loose chunks of the ceiling, letting more sunlight into the arena and creating safer spaces to stand, as well as work on a tan. There are also some fun looking enemy types shown, like giant mountain crabs disguised as falling boulders, which then get up and scuttle after the player.

The video also reveals that Act 2 will be quite non-linear. After re-opening the mountain pass and tussling with what seems like the act’s recurring villain, The Perennial King, the player is presented with four more quests in different locations, which can be undertaken in any order. The player first sets out to a mastodon graveyard, where they must battle a cult of necromancers who can be seen summoning undead minions throughout the stage. The quest culminates in a boss battle against the extremely metal-sounding Deathlord Of Blackrib Pit and his pet mastodon skeleton.

As a regular Path of Exile player, what stands out most in this presentation is just how much better the game looks. While no visual slouch, the original Path of Exile’s age is beginning to show. PoE2’s lighting, enemy animations, particle effects and environmental backdrops all feel like a significant improvement.

Path of Exile 2 is due to launch sometime in 2022, with no specific release window yet. It will be free to play, and available as a free update to the original Path of Exile. While each campaign will have their own loot, locations, enemies and story, both of them will lead into a shared, upgraded version of the Atlas Of Worlds endgame, featuring content from both games combined. It’s a bold decision, but should ensure that the first Path of Exile remains relevant well into 2022 and beyond.