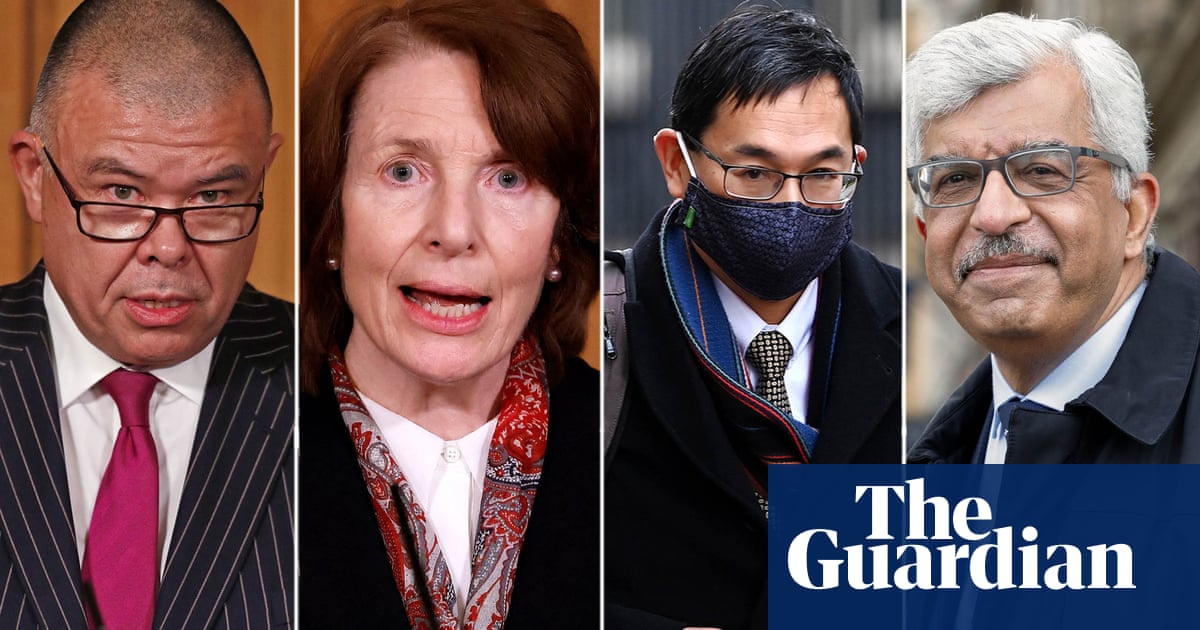 When the news is difficult and the science complicated but the desired message is crucial, who better to deliver it than “JVT”, headlining a panel of four top experts in their field?

The government’s choice of Jonathan Van-Tam, England’s deputy chief medical officer, whose metaphors and analogies are legendary, can only have reaffirmed his cult status as the most trusted face of the Covid-19 pandemic in Britain.

Wednesday’s televised briefing, where experts would have to concede a possible – though not established beyond doubt – causal link between the Oxford/AstraZeneca vaccine and extremely rare CVST blood clots, was always going to be a challenge.

But JVT was at the helm, this time ably assisted by the less well known Dr June Raine, chief executive of the medical regulator, MHRA, Professor Wei Shen Lim, chair of the Joint Committee on Vaccine and Immunisation, and Prof Sir Munir Pirmohamed, chair of the Commission on Human Medicines.

JVT embarked on the nautical theme of “course correction”. Armed with clear charts mapped out by Cambridge University’s Winton Centre for risk and evidence communication, he steered a calm passage through the statistics and evaluations.

“If you sail a massive liner across the Atlantic, then it’s not really reasonable that you aren’t going to have to make at least one course correction during that voyage,” he said of the decision to offer people under 30 alternatives to the AstraZeneca vaccine. “We will get the right vaccine to you … The NHS is all over this,” he reassured his audience.

“Clear, concise. Top charting use by JVT,” enthused one Twitter user. “Got a confusing communications strategy? Send in JVT, the Mr Wolf of messaging,” said another.

Raine, an opera-loving Oxford University alumnus, was not well known before Covid-19. She has been at the MHRA since 2003. Those who have worked with her describe a quiet, measured woman with a reputation for fastidiousness. Under her stewardship, the MHRA became the first medicine regulator to approve the Pfizer/BioNTech jab, giving it “emergency authorisation” before other countries.

It was she who delivered Wednesday’s news that there was a “reasonably plausible” link between the AstraZeneca jab and extremely rare blood clots. She spelled out a list of symptoms that should prompt the public to seek swift medical advice: “a new onset of a severe or persistent headache or blurred vision, shortness of breath, chest pain, leg swelling, persistent abdominal pain, or indeed unusual skin bruising or pinpoint spots beyond the injection site”.

Prof Sir Munir Pirmohamed, a physician and pharmacologist knighted for services to medicine in 2015, is the NHS chair of pharmacogenetics at the University of Liverpool. His areas of research include drug safety, with a particular focus on adverse drug reactions. He has authored more than 420 peer-reviewed publications.

Prof Wei Shen Lim is a consultant respiratory physician and honorary professor of medicine at Nottingham University hospitals NHS trust, whose research interests include community acquired pneumonia and flu. He emphasised that the preference for using other vaccines over AstraZeneca for the under-30s was “out of the outmost caution” rather than because of “any serious safety concerns”.

It was less his expertise than his hair that attracted comment, in particular one stubborn lock. “You know you can trust Wei Shen Lim because he dgaf about going on national telly with a massive cowlick sticking out of the side of his head,” said one Twitter user. Another commented: “Best hairstyle in public life.”

Centre stage throughout were the simple but effective slides, giving risk evaluations for each age group. It was a complex task, the method behind which was set out on the Winton Centre website. “We hope these illustrations help make these complexities slightly clearer,” said the authors. No one will be hoping so more than the government.