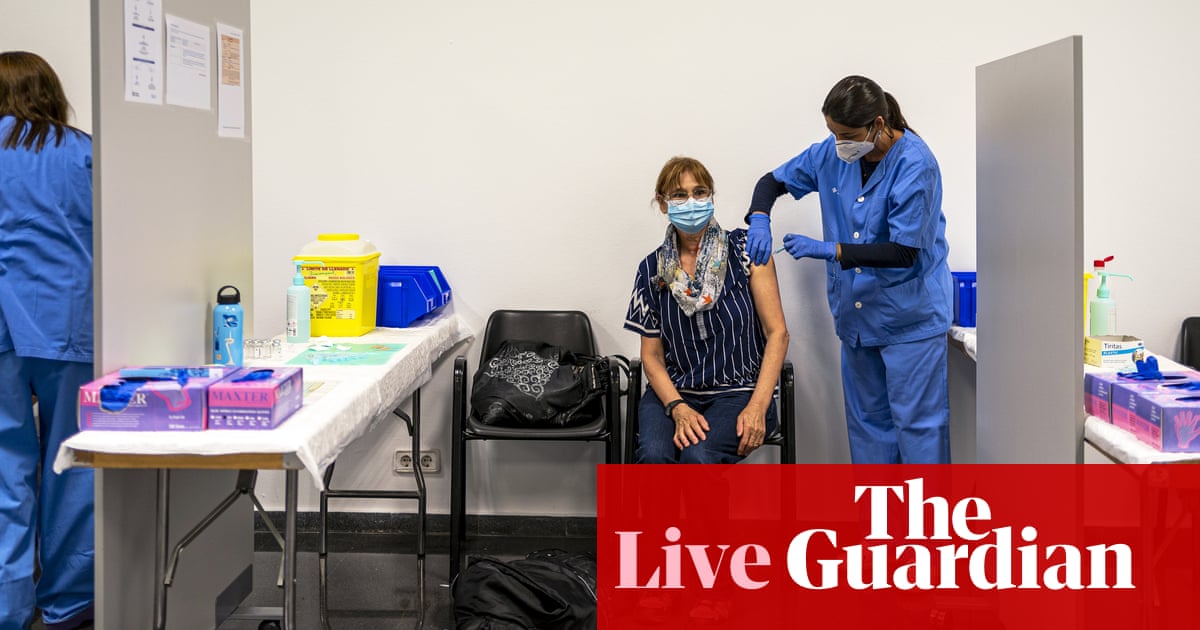 Australian authorities will review the findings of British and European regulators over concerns about the AstraZeneca Covid-19 vaccine – but continue to emphasise that the benefits outweigh the risks.

The review follows a decision in the United Kingdom to offer healthy adults aged under 30 an alternative to the Oxford/AstraZeneca jab following concerns over rare blood clots.

The European Medicines Agency also announced on Wednesday that the rare blood clots would be listed formally as a very rare side-effect of the AstraZeneca vaccine, though it did not announce any restrictions on use.

The Australian government said on Thursday it had asked the Australian Technical Advisory Group on Immunisation (Atagi) and the Therapeutic Goods Administration (TGA) “to immediately consider and advise on the latest vaccination findings out of Europe and the UK”.

The prime minister, Scott Morrison, told reporters on Thursday he expected to receive updated advice “later this evening” – but he did not foreshadow any plans to change the vaccine rollout which is heavily reliant on locally-produced AstraZeneca doses:

Mexican and Brazilian health regulators said on Wednesday they would not limit the use of AstraZeneca’s Covid-19 shot after Britain’s vaccine advisory committee recommended not using it for people under 30, citing rare blood clot risks.

Mexico’s drug regulator, Cofepris, said in a statement that it was investigating the information raised by Britain’s Joint Committee on Vaccination and Immunisation (JCVI) and awaiting further input from Mexico’s counterpart.

“At this time, Cofepris does not plan to limit the use of AstraZeneca vaccines to any age or group,” the statement said.

Brazil’s health regulator, Anvisa, recommended continued use of the vaccines, saying that the benefits outweigh the risks.

Anvisa said Brazil had administered more than 4 million shots of the AstraZeneca vaccine and had registered 47 adverse clotting events. The agency said it was impossible to establish whether the clotting was linked to the vaccine, nor could specific risk factors be identified.

Brazil ranks only behind the United States in total cases and deaths. Mexico has the fourth-highest death toll.

The JCVI said it was preferable for adults under 30 with no underlying conditions to be offered an alternative to the AstraZeneca vaccine where available, due to reports of the rare side effect of blood clots in the brain.

Mexico has so far acquired 3.5 million doses of the AstraZeneca vaccine developed with Oxford University researchers, according to government data.

Some of that came through a loan deal with the United States, where the AstraZeneca shot is not yet authorised, and from an agreement with the Serum Institute of India, which produces the vaccine.

Mexico and Argentina also have a deal with AstraZeneca to produce its vaccine for distribution in Latin America, with financial support from the foundation of Mexican billionaire Carlos Slim.

Spain on Wednesday announced it would reserve the AstraZeneca vaccine for those over 60 after an EU regulator said blood clots should be listed as a rare side effect of the jab, Reuters reports.

“We will continue to administer the AstraZeneca vaccine, but from the age of 60,” Health Minister Caroline Darias told a press conference as the country joined several other nations that have taken similar measures.

Many of the blood clot cases have been reported in women under 55, but the EMA said it had not been able to pinpoint those at risk.

While waiting for the update from the regulator, the Spanish region of Castille and Leon had suspended AstraZeneca vaccines as a precaution.

Spain is among the European countries hardest-hit by the pandemic with more than 3.2 million infections and over 76,000 deaths.

The country has so far vaccinated more than 6.2 percent of its 47 million people with two doses and has administered over 9.3 million doses in total.

Hello and welcome to today’s live coverage of the coronavirus pandemic with me, Helen Sullivan.

As always, you can find me on Twitter here.

Spain on Wednesday announced it would reserve the AstraZeneca vaccine for those over 60 after an EU regulator said blood clots should be listed as a rare side effect of the jab.

Here are the other key recent developments: