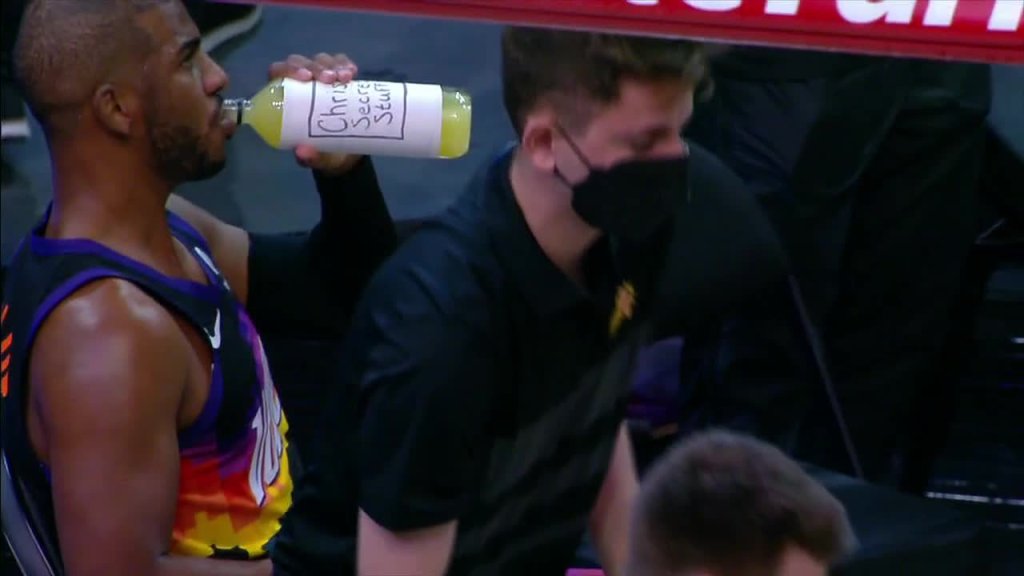 Chris Paul and the Phoenix Suns are the NBA’s hottest team at the moment, having won seven straight with their most impressive coming on Wednesday night, taking down the Utah Jazz in an overtime thriller, 117-113.

It was a sensational game, one that made fans hungry for a potential playoff series between the two, although at this point the only way that likely happens is if they meet in the Western Conference Finals. The stars for each team played about as well as they could, with Donovan Mitchell leading all scorers with 41 points (with eight rebounds and three assists) and Devin Booker pacing Phoenix with 35. However, it was the play of the elder statesman in Chris Paul that made the difference in the Suns win, as the Point God had 29 points and nine assists, including the two free throws to put the game on ice at the end of overtime.

Down the stretch, Paul was seemingly automatic from the midrange, hitting pullup after pullup from the free throw line extended area on his way to 16 fourth quarter points.

It is truly incredible how the 35-year-old Paul continues to be one of the NBA’s elite point guards, controlling the pace of the game even as he may have lost some of the burst he had as a younger player, replacing it with cunning, guile, and a patience that is unmatched. He also maybe revealed the secret to his longevity on the bench, as he was drinking from a bottle labeled “Chris’ Secret Stuff” on the bench.

It’s a pretty funny nod to Space Jam — and maybe a little marketing assistance for his friend LeBron James’ upcoming Space Jam 2 — and there are plenty of players in the league that would love a magic elixir to make you play like Chris Paul. Unfortunately, just like in the movie, it’s just some Gatorade and it’s all about what’s been inside all along, which few have ever been able to match with Paul.