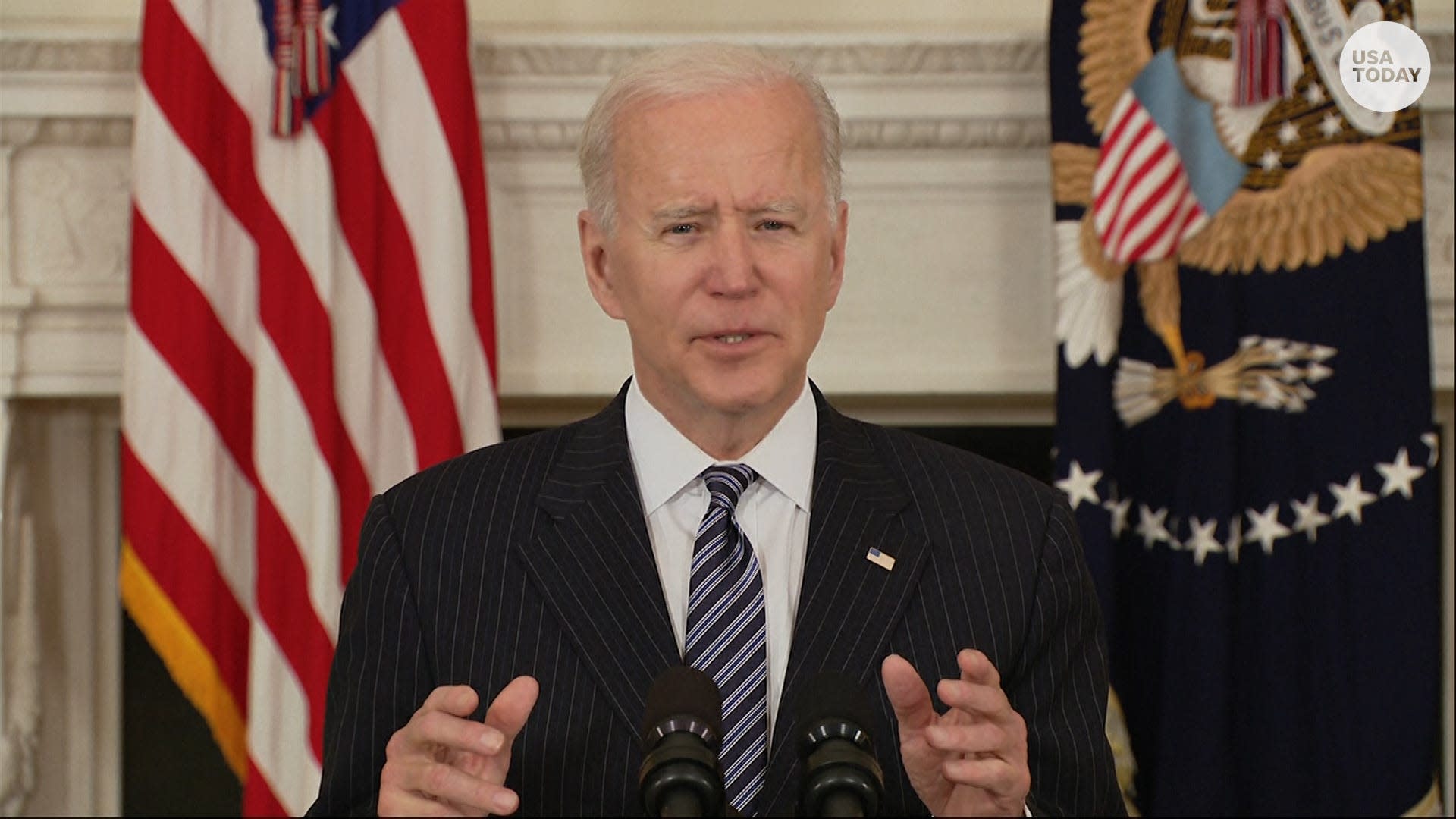 WASHINGTON – President Joe Biden is set to unveil six executive actions aimed at curbing gun violence on Thursday, following a string of mass shootings that has put pressure on the administration to act the president’s long-held campaign promise to tackle gun control.

The president also is expected to announce his nomination of David Chipman as the director of the Justice Department’s Bureau of Alcohol, Tobacco, Firearms and Explosives. Chipman is an ATF veteran who currently serves as an adviser for the gun control advocacy group named for former congresswoman Gabrielle Giffords, D-Ariz., who survived a 2011 mass shooting in Tucson, Arizona.

The first action will direct the Department of Justice to propose a rule within 30 days to stop the proliferation of so-called “ghost guns,” or makeshift weapons that can be constructed at home or that lack a serial number, according to a senior administration official who spoke on the condition of anonymity to discuss the actions ahead of the president’s announcement. The official declined to say whether that meant the Justice Department would classify “ghost guns” as firearms.

Other actions include directing the Justice Department to issue a proposed rule within 60 days that makes clear a device marketed as a stabilizing brace, which effectively allows a pistol to operate as a short-barreled rifle, is subject to the requirements of the National Firearms Act, according to the official.

The suspect behind a Boulder, Colorado, grocery store shooting last month that left 10 people dead used a Ruger AR-556 pistol, which looks and operates like a rifle, and even takes the same ammunition as the AR-15 that has been used in dozens of U.S. mass killings, but doesn’t qualify as one under U.S. gun laws. The official pointed out the suspect used a pistol that included an arm brace, “which can make a firearm more stable and accurate while still being concealable.”

The president has come under immense pressure from gun safety advocacy groups and Democrats to address gun violence after mass shootings in Colorado, Georgia and California thrust gun control back into the national conversation in recent weeks. A recent poll ABC News/Ipsos poll found that a majority of Americans (57%) disapproved of the way Biden has handled gun violence as president among both Democrats and Republicans.

As a candidate, Biden pledged to reinstate an assault weapons ban, create a voluntary gun buyback program and send a bill to Congress to repeal liability protections for gun manufacturers and close background check loopholes on his first day in office. The president instead focused much of his attention in his first days in office on passing his $1.9 trillion COVID-19 relief package and, more recently, his $2 trillion infrastructure plan.

The president told reporters at his first press conference that addressing gun violence was a “matter of timing,” even as he said he didn’t “need to wait another minute” to address gun violence following the Boulder shooting.

Biden will be joined by Attorney General Merrick Garland on Thursday in announcing the raft of actions, which also includes directing five federal agencies to making changes to the 26 different programs to direct vital support to community violence intervention programs as quickly as possible. The president has already proposed a $5 billion investment in community violence intervention programs over eight years under his infrastructure package.

The president will also direct the Justice Department to publish model “red flag” legislation for states that want to such laws that enable family members or members of law enforcement to petition for court order to temporarily bar people in crisis from accessing firearms if they present a danger to themselves or others. Biden will also sign an order directing the Justice Department to issue an annual report on firearms trafficking, which the ATF has not done since 2000.

The ATF has been chronically devoid of permanent leadership due to the divisive nature of gun rights.

B. Todd Jones, a former U.S. attorney in Minnesota, announced his resignation less than two years after a contentious Senate confirmation vote. In 2013, Jones became the first permanent director for the agency in seven years.

Asked if he believed Biden would get a Senate-confirmed director, Jones told USA TODAY recently “the window of opportunity is now.”

He said the right combination is someone with expert Justice Department contacts like a former U.S. attorney who knows the back-end of criminal and civil prosecution and someone who’s in the bureau.

Chipman served as a special agent at the ATF for 25 years before he joined Giffords’ gun control group. While at the ATF, Chipman helped disrupt trafficking operations in Virginia that were supplying illegal guns to New York City, served as a member of ATF’s version of SWAT, and was named the Special Agent in Charge of ATF’s Firearms Programs.

Chipman also has served on the Firearms Committee of the nation’s largest group of police chiefs, the International Association of Chiefs of Police.

John Feinblatt, the president of Everytown for Gun Safety, said the actions “will start to address the epidemic of gun violence that has raged throughout the pandemic, and begin to make good on President Biden’s promise to be the strongest gun safety president in history.”