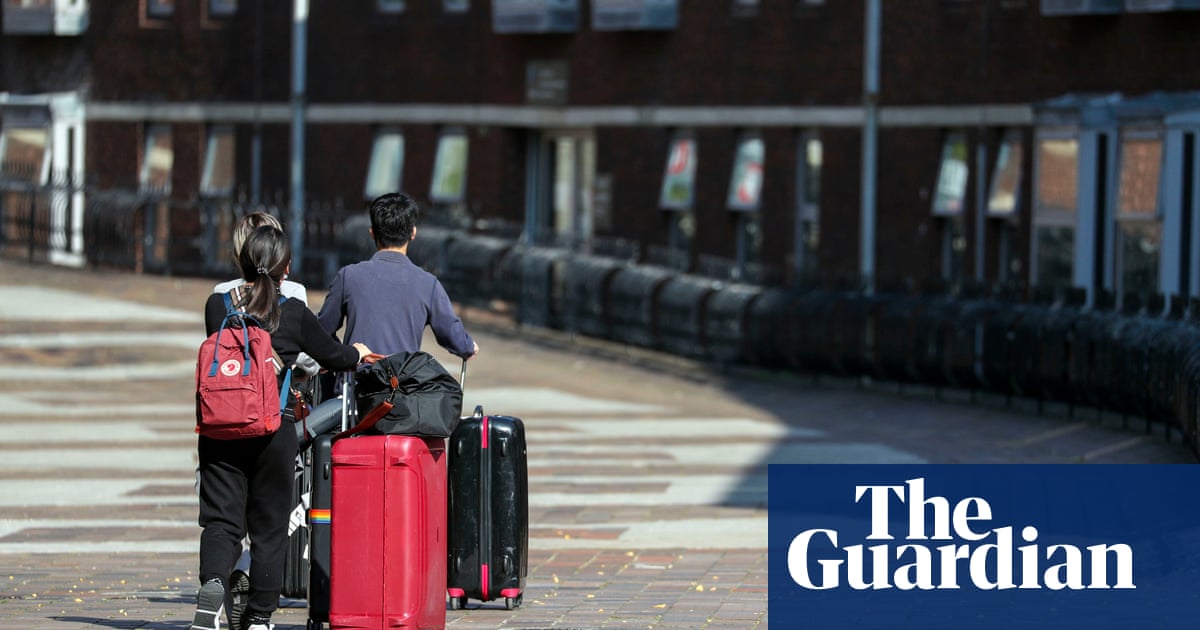 Universities are turning up the pressure on the government after they were excluded from the next phase of lockdown easing, with one asking its students to lobby MPs for campuses to reopen for in-person teaching.

The move by the University of Portsmouth comes at a time of deepening concern among vice-chancellors that the government could delay full campus reopening until mid-May, leaving students of humanities, social sciences, business and law insufficiently prepared for exams that start that month.

“My students have tolerated a lot of disruption this academic year and almost all have behaved extremely well. So to hear on Monday about what will reopen next week but for there to be complete silence on when or even if all of my students will be able to get back into the classroom is unacceptable,” said Portsmouth’s vice-chancellor, Graham Galbraith.

“Universities don’t normally ask their students to write to their MPs, it is not how we operate. But it has become abundantly clear that this government is not listening to universities or to the evidence. It might, though, listen to its MPs if they get a mailbag of angry letters from students and their parents.”

Around 1 million students who are not studying for practical degrees still do not know when they will be able to receive in-person teaching again for the first time since campuses closed in early December.

In Portsmouth’s message to its students, the deputy vice-chancellor, Paul Hayes, said there was no evidence that face-to-face teaching in Covid secure environments posed a considerable infection risk, and it was safer than other activities that will be permitted from 12 April such as going to a hairdresser, wedding, gym or pub.

Hayes wrote: “It staggers me that the government will not allow us to offer all of you face-to-face teaching. And it beggars belief that we have no explanation why.”

The message includes a template letter for students to send to their MPs, warning that delaying reopening “hurts students, benefits no one and is inconsistent with other government decisions”. It asks that MPs pressure Gavin Williamson, the education secretary for England, and the universities minister, Michelle Donelan, to fix a timeline for reopening.

Universities UK, which represents all vice-chancellors, has written to Boris Johnson, criticising the government for a “communications vacuum” that has left universities unable to prepare for the final term.

The letter, signed by UUK’s president, Julia Buckingham, notes that universities have been “instrumental in vaccine development” and have spent millions of pounds on making their campuses Covid-secure. “The UK government owes [staff and students] a clear explanation about why decisions have been taken and how students and universities will be supported,” Buckingham wrote.

In a press briefing, she described the summer term as a “crucial time of the academic year” in which students are preparing for final exams that determine whether they progress to the next year or graduate.

The failure to announce a date for campus reopening is the latest setback in a tumultuous year for students. Many are angry that they were persuaded to sign up for a year’s accommodation through promises in the summer that they would receive in-person teaching and a conventional university experience.

New data from the Office for National Statistics (ONS) shows that three-quarters of students are living at the address where they started university in September, in some cases defying government guidance to remain where they spent Christmas.

The ONS data also suggests that campus closures and online learning have taken a toll on student wellbeing, with 29% struggling with loneliness, compared with 7% of the general population. However, the figures also show that fewer students reported worsening mental health (63% in March, compared with 67% in February).

A Department for Education spokesperson said: “Students on practical and creative courses started returning from 8 March, and we will be reviewing options for the timing of the return of all remaining students by the end of the Easter holidays. Decisions will take into account the need to protect progress across the wider roadmap out of the pandemic, including the spread of the virus in communities and pressures on the NHS.”