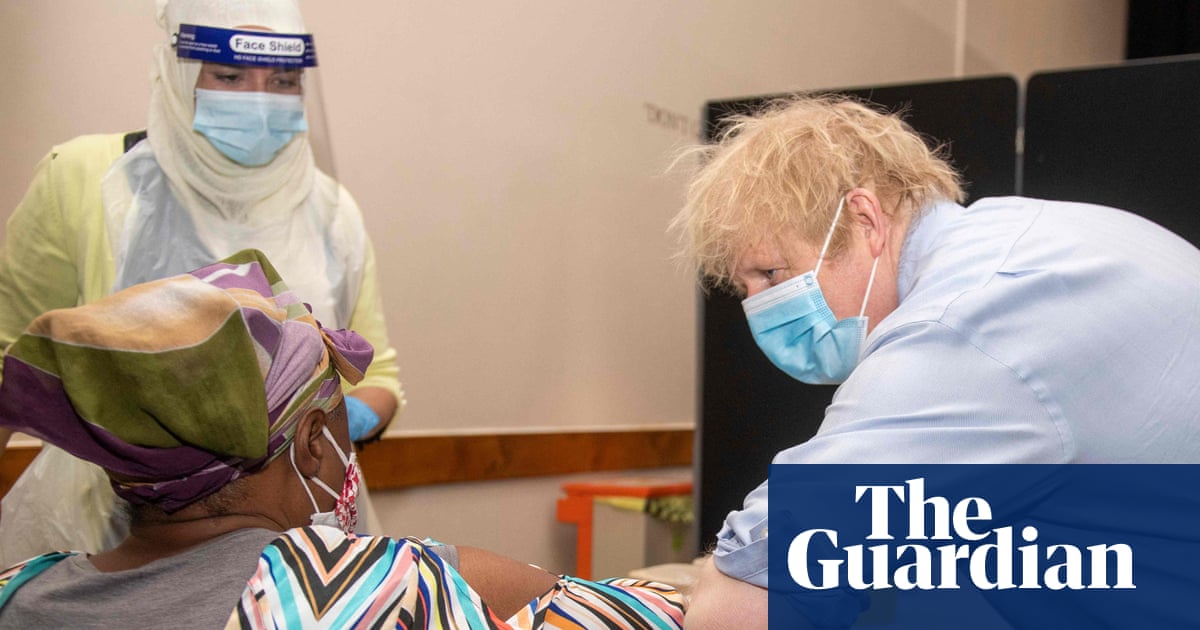 Boris Johnson had defended the government’s plan to give health workers a 1% pay rise next year despite warnings that its “shabby” offer could trigger an exodus of NHS staff.

The prime minister gave no ground on the issue, despite growing discontent among Conservative MPs that such a low figure is unacceptable after the NHS workforce’s efforts to tackle Covid-19.

Johnson insisted during a visit on Sunday to a Covid vaccination centre in London that the government could not afford a higher salary increase. Its 1% offer, which it made to the NHS pay review body on Thursday, has prompted huge controversy, threats of strike action by nurses and a plan for a slow hand-clap protest on doorsteps nationwide this Thursday at 7pm.

“I’m massively grateful to all NHS staff and indeed to social care workers who have been heroic throughout the pandemic”, the prime minister said. “What we have done is try to give them as much as we can at the present time,” he told reporters.

“The independent pay review body will obviously look at what we’ve proposed and come back. Don’t forget that there has been a public sector pay freeze, we’re in pretty tough times.”

But Sara Gorton, head of health at the union Unison, said: “The prime minister of all people should appreciate the skill and dedication of NHS staff. He should admit swiftly his government has got this very wrong and think again.”

Johnson is facing a rebellion in his own ranks. One Tory MP told the Guardian: “I simply cannot understand the government’s position on the 1% pay proposal. With health ministers distracted by the pandemic I suspect it may not have undergone the sense checking it would normally receive.

“The general feeling amongst colleagues I have texted and spoken to is that this is a bad decision – bad politics – and one that will require a U-turn.”

NHS staff unions and hospital bosses fear the 1% offer could prompt some already-disgruntled workers to quit.

Dame Donna Kinnair, chief executive of the Royal College of Nursing, said: “There is genuine hurt and anger among nursing staff … A significant number are leaving the profession they love and low pay is one of the reasons.

“With over 40,000 nursing vacancies in the NHS in England we need the profession to be attractive if we want to recruit and retain staff. One way to do this would be giving nurses a significant pay rise to represent the skills they offer.”

Gail Cartmail, Unite’s assistant general secretary, said: “The Tories’ tight-fisted policy on NHS pay since 2010 will have a poisonous sting in the tail in the years to come and lead to an exodus of experienced staff that the NHS can ill afford to lose.”

Saffron Cordery, deputy chief executive of NHS Providers, which represents hospital trusts, branded the sum “deeply disappointing”. She said: “We need to attract more workers into the NHS and keep the staff we already have. This pay offer could have the opposite effect and risks sowing the seeds of discontent.”

One hospital trust chief executive said: “Staff are really not happy and consider it a kick in the teeth. Such a derisory offer couldn’t have come at a worse time really. Yes, the 1% offer might increase the number of staff quitting early and therefore worsen existing staff shortages. Every single person that leaves will have an impact on patient care.”

The pay review body is due to recommend a rise to ministers in May. The government can accept its advice or ignore it.

Dr Chaand Nagpaul, chair of council at the British Medical Association, said that a 1% pay rise would mean a real-terms cut for doctors. “Doctors already felt undervalued after years of derisory pay awards and to see their selfless efforts – while exposing themselves to a deadly virus – being callously disregarded will be the final straw for many”.

Jonathan Ashworth, the shadow health secretary, said minister should stick by a planned rise of 2.1% for 2021/22, which was included in a long-term budget plan for the NHS agreed in 2018 by then prime minister Theresa May to mark the service’s 70th birthday.

“Not only was it promised, it was budgeted for and it was legislated for – this is the law of the land,” Ashworth told the BBC.