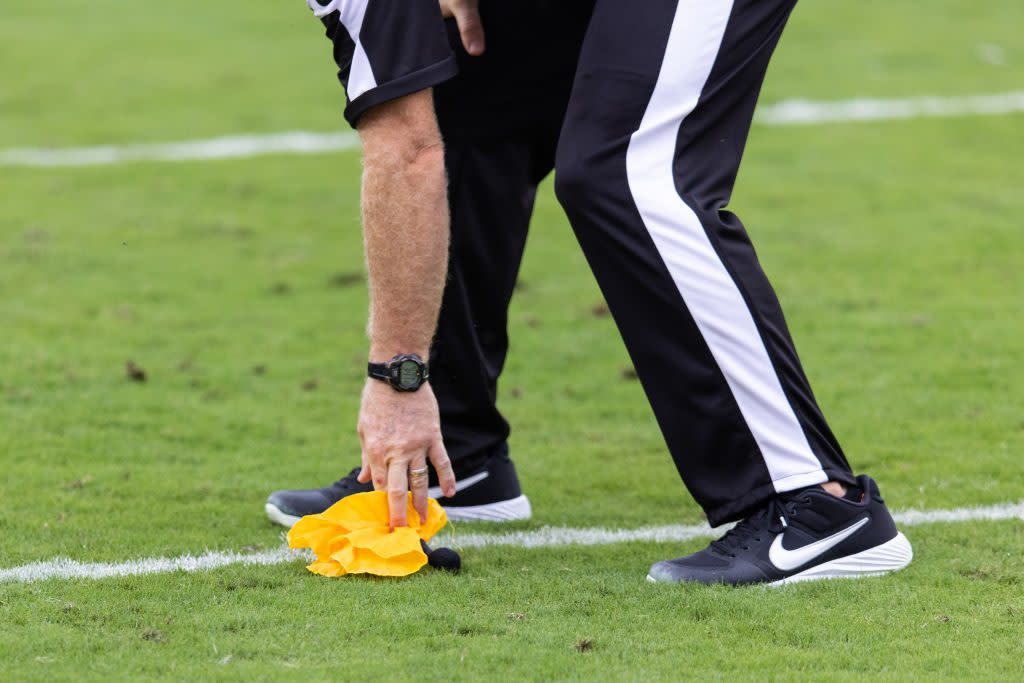 The NFL announced Friday the hiring of Maia Chaka as the second woman and first Black woman among the NFL’s on-field officials. That means at least one official from last season won’t return.

Football Zebras reports the number so far is three as officials Ruben Fowler, Tom Symonette and Bart Longson will not return to the NFL for the 2021 season.

The NFL typically does not announce a reason for an official’s departure, instead characterizing it as a retirement even if involuntary, per Football Zebras.

The NFL is expected to release its full roster of officials in May.

Symonette, a line judge on referee John Hussey’s crew in 2020, leaves the NFL after 17 seasons. He is the current coordinator of officials for the Division II Southern Intercollegiate Athletic Conference.

Fowler, an umpire on referee Craig Wrolstad’s crew in 2020, leaves the NFL after 15 seasons.

Five on-field officials and two replay officials opted out of the 2020 season over COVID-19 concerns.