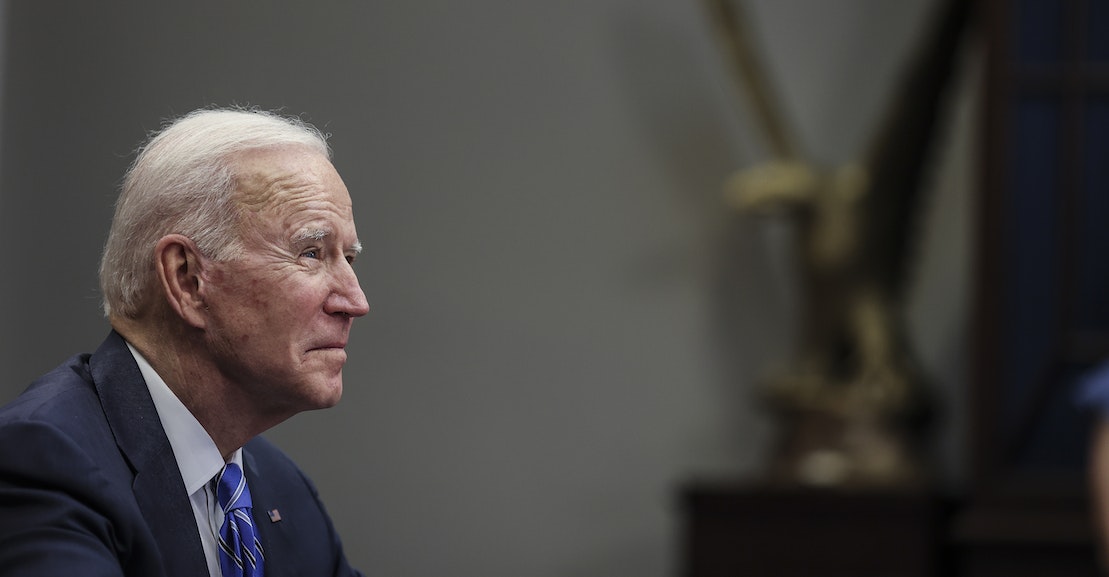 Opposing permanent, unbound global warfare became one of the few defensible policy positions occasionally enunciated by the Trump administration and its allies in Congress. Perhaps because Trump was so chaotic, vulgar, and unreliable, few Democrats bothered to align themselves with his stated goal of limiting American interventions overseas. In practice, these goals were never taken up with much seriousness: Trump let the CIA and Department of Defense run wild, delegating them autonomy to authorize airstrikes. He droned Iranian General Qassem Soleimani, assisted Israeli assassinations within Iran, and threatened to bomb Iranian civilians and cultural sites. It was only through Iran’s own restraint—perhaps exercised out of self-preservation—that a wider conflict was avoided. (Under Trump, too, the U.S. and coalition forces continued punishing bombing campaigns against ISIS in Iraq and Syria that produced thousands of civilian casualties.)

Revoking any of the several AUMFs on the books would be a positive step, but if they are replaced, as Psaki promised, with another “framework”—however closely regulated— to unilaterally bomb anyone America deems a terrorist, it will be a worse outcome. A return to the Obama era regime of unacknowledged drone strikes and secret assassinations, supposedly planned by responsible adults with care and deliberation, would simply re-entrench the militaristic paradigm that progressive politicians have ample reason to oppose. Rather than reforming the system, this would constitute a reversion to the status quo ante and the misbegotten belief that America’s role is to still police the world against extremist threats, as long as it appears they’re doing so with a velvet-gloved hand.

The 2001 AUMF is an important legal document, but its legacy will also be felt on the level of culture and politics. Under its infinitely elastic 60 words—the most dangerous sentence in U.S. history, according to BuzzFeed—everything from targeted rendition to torture to secret wars has been justified, with no respect for national borders. The AUMF has been the great emancipatory document of post-9/11 militarism, absolving Americans of any guilt—or even any direct knowledge—of what their government does in their name. It has also provided a model for how to do this all over again. The only thing needed to authorize decades of American warfare is a fig leaf piece of legislation. That’s what passes for democratic accountability.