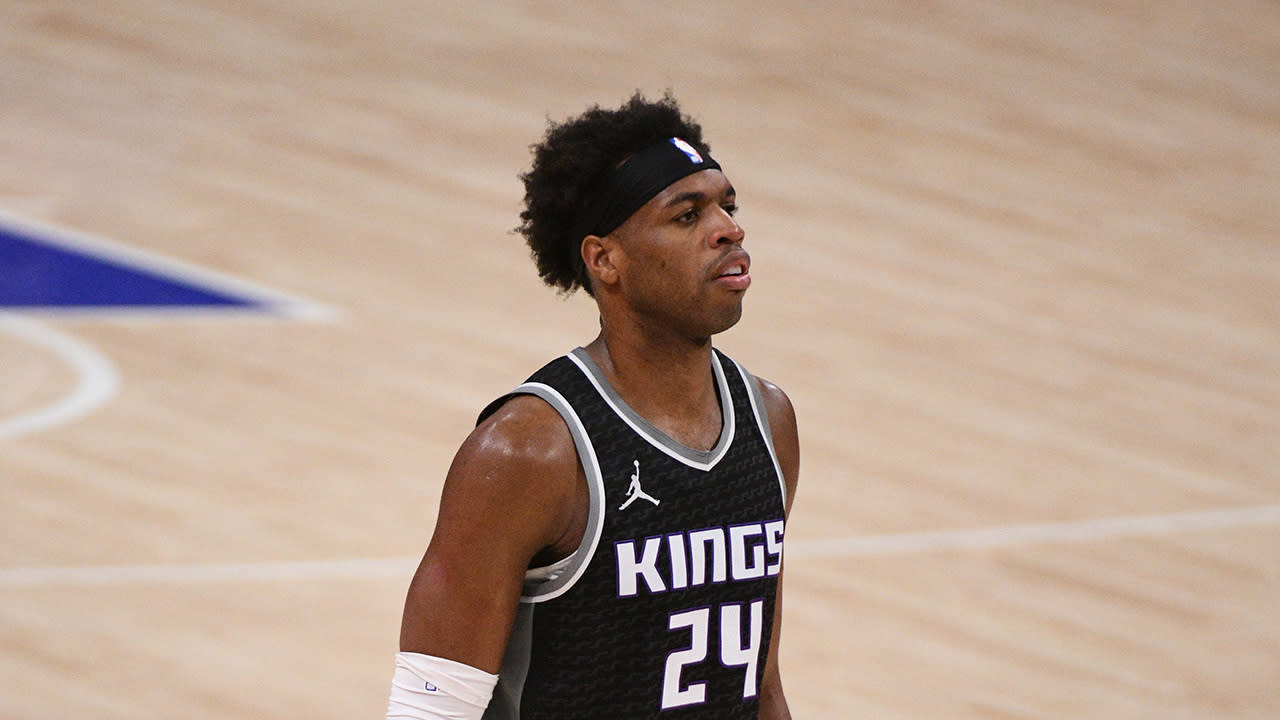 Buddy Hield appeared to be having some fun with Carmelo Anthony during the Kings’ game against the Portland Trail Blazers on Thursday night, playfully taking a tumble while jockeying with the veteran forward for position on a free throw attempt.

The fall didn’t go unnoticed by the NBA, as Hield was issued a warning for violating the league’s flopping policy.

Hield had a great reaction to the announcement on Twitter, jokingly standing by his statement that he was pushed by Anthony.

Yall wilding he push me😂

RELATED: What we learned as Kings end first half with another loss

The Kings ended up being edged out by Portland 123-119. Hield finished with 21 points and six rebounds in the losing effort.

The first violation of the policy by a player results in a warning, while the second garners a $5,000 fine.

Now that Hield has earned his warning, he’ll have to be careful or risk getting some money taken out of his next paycheck.