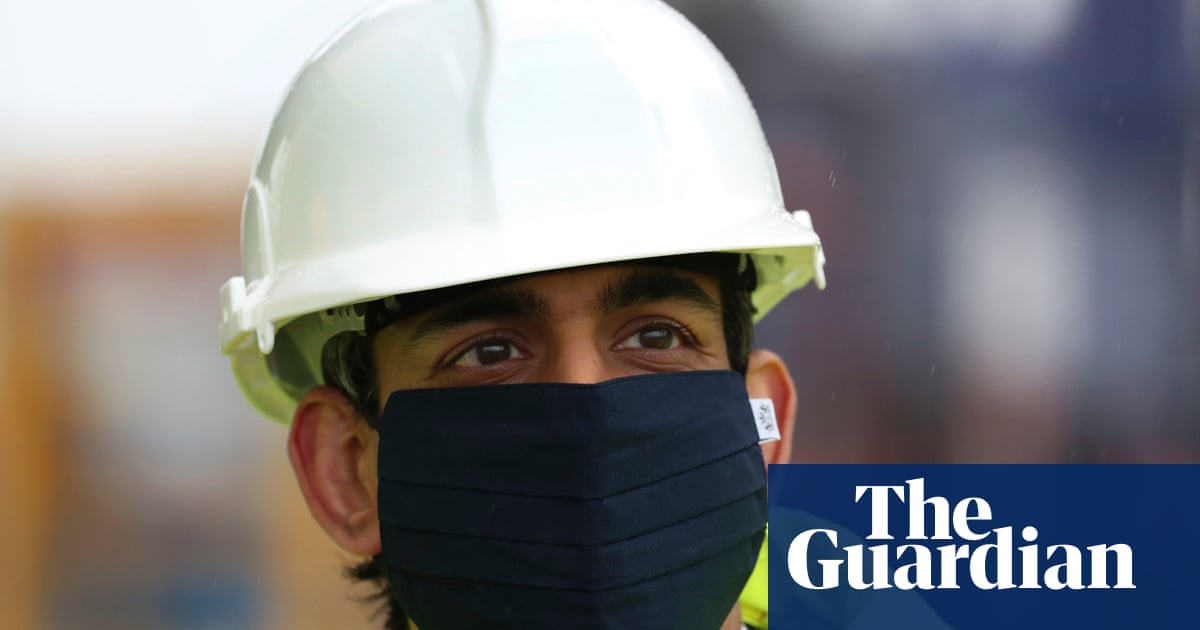 Rishi Sunak is under increasing pressure to provide more money for the NHS and struggling households amid criticism from tax and spending experts that his Budget plans to repair the Covid-19 damage to public finances were unrealistic.

The Institute for Fiscal Studies and the Resolution Foundation, with the head of the Treasury’s own independent forecasting body, all questioned whether it would be possible to deliver the cuts in spending that are central to the chancellor’s strategy.

Sunak, on a visit to Teesside to champion free ports, was forced on to the defensive after the IFS said he had done “screeching U-turns” on previous Conservative party tax policy, and attacked the abrupt way in which the £20 a week increase in universal credit would end in September.

In the first concerted criticism he has faced in his year at the Treasury, Sunak was also attacked by free-market thinktanks for his six-point increase in corporation tax to 25%. The Centre for Policy Studies said the move would leave the UK with one of the least competitive business tax regimes in the developed world.

The chancellor said he was being “honest” with the public about the need to rein in the record peacetime deficit of more than £350bn this year, but the IFS’s director said he was unconvinced that Sunak would really turn himself from “Santa into Scrooge”, with £65bn of immediate support for the pandemic-ravaged economy followed by almost £50bn of tax increases and spending cuts.

Paul Johnson, the director of the IFS, said the “spending plans in particular don’t look deliverable, at least not without considerable pain” and predicted that the government would have to spend more.

“Are we really going to spend £16bn less on public services than we were planning pre-pandemic? Is the NHS really going to revert to its pre-Covid spending plans after April 2022?

“In reality, there will be pressures from all sorts of directions. The NHS is perhaps the most obvious. The chancellor’s medium-term spending plans simply look implausibly low.”

“After a year when our key worker heroes kept the country going, it’s incredible that the chancellor couldn’t find a penny more for our schools and hospitals,” she said. “We need to learn the lessons of this pandemic, not go back to the insecurity of the past. But this chancellor has the wrong priorities and is totally out of touch with what this country needs.

Richard Hughes, the director of the OBR, the body responsible for economic and borrowing forecasts, said the budget provided no explicit commitment beyond the end of the 2021-22 financial year for the legacy of the pandemic for public services. That was in spite of the need for an annual re-vaccination programme, an ongoing test and trace capacity, and catching up on operations that the NHS had been unable to do over the past year.

“At the moment the government hasn’t set aside any additional resources for that activity, and in fact what it’s done is cut about £15bn of non-Covid spending beyond next year.”

The OBR is predicting that 2022 will see the fastest annual growth – 7.3% – for the UK since the second world war, as the government’s vaccination programme and the budget measures together stimulate rapid economic recovery.

But Torsten Bell, the director of the Resolution Foundation, said: “The improving outlook for GDP next year is not set to feed through into a boom for living standards, with unemployment forecast to rise and household incomes to fall.

“Long-term economic scarring also means that this is set to be the worst parliament for living standards growth on record, bar the short-lived 2015-17 term. Austerity will also in practice continue for many public services as further cuts were pencilled in.”

Bell said the details of Sunak’s plans left “serious questions to be answered about whether enough has been done to support households in the recovery to come, how credible it is that further reductions in planned spending can be delivered, and if the UK’s public finances have really been put on a sustainable footing long term.”

Ahead of the budget, the Resolution Foundation had been lobbying for the £20 a week uplift to universal credit to be made permanent but Sunak said he would provide only a six-month extension to September.

Johnson said pressure would mount to maintain the £20 a week increase, even though it would cost the Treasury £6bn a year.

“It is, by the way, remarkable that while the chancellor felt the need for a gradual phase out of furlough, business rates support, stamp duty reductions and VAT reductions he is still set on a cliff-edge reduction in UC such that incomes of some of the poorest families will fall by over £80 between one month and the next. Whatever the case for cutting generosity into the longer term, if you’re going to do so the case for doing it gradually rather than all at once looks unanswerable,” the IFS director said.

Sunak said the government was being generous in continuing to pay the higher rate of UC until September and that it was important to take into account all the other measures – such as the higher living wage – that were helping those on low incomes.

“Our lifetime skills guarantee is here to stay, it is permanent, the kickstart scheme is going to help a quarter-of-a-million young people – many of those people will be on universal credit and will be able to benefit from all of these initiatives, and helping people into good-quality work is absolutely our focus.”

The chancellor said the UK’s corporation tax rate would remain one of the lowest in the G7 group of leading industrial nations, but the CPS said Britain would plummet to 28th out of the 36 countries in the Organisation for Economic Cooperation and Development’s league table for tax competitiveness in 2023.

Some Conservative MPs have expressed concern about the corporation tax change in particular, with former Brexit secretary David Davis warning that it could deter inward investment.

Labour has signalled that it will not oppose the government’s plans to increase corporation tax later in the parliament.

Dodds has not said whether her party would refuse to back the changes to income tax thresholds announced by the chancellor – but questioned why they were coming before the hit to businesses.

Sign up to the daily Business Today email or follow Guardian Business on Twitter at @BusinessDesk “Why is this government scheduling the freeze in the personal allowance to take place before increases in corporation tax?” she asked.

Leftwing campaign group Momentum is urging Labour to oppose the freeze in the tax-free allowance altogether.

“This pandemic has seen billionaires profit whilst workers suffer. The failures of our rigged economy are more evident than ever – and that’s why Labour has to fight for a redistribution of wealth and power away from the elite and towards ordinary people,” said a spokesperson. “Key workers need a pay rise, not a tax rise.”