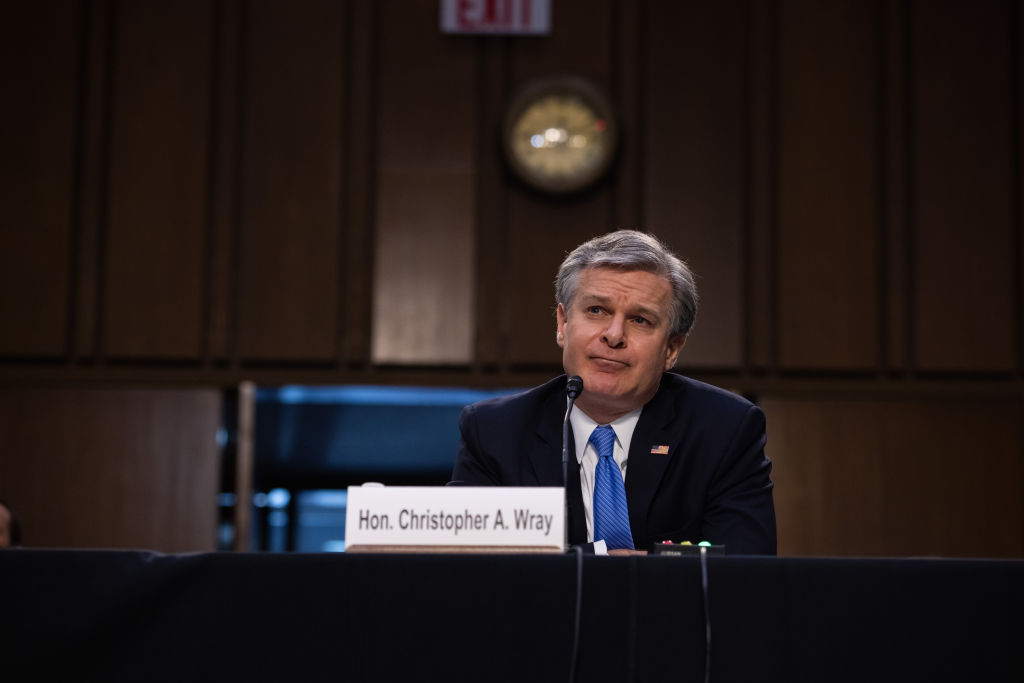 A brief exchange Tuesday during a Senate Judiciary Committee about the Jan. 6 insurrection at the U.S. Capitol drew attention to the FBI‘s history systemic racism. But perhaps more noteworthy is the fact that the federal law enforcement agency’s Director Christopher Wray actually denied its existence. Under oath.

As Republican Louisiana Sen. John Kennedy was questioning Wray, he asked the director straight up: “Do you believe that the FBI is a systemically racist institution?”

Wray, not skipping a beat, offered a swift, if unsure, denial that he stammered out.

“No,” Wray answered Kennedy before offering a bit of whitesplaining.

Senator John Kennedy squeezes Chris Wray on whether the FBI is systemically racist/sexist.

Hint: By all definitions the FBI is systemically racist/sexist pic.twitter.com/KoEu13EAj6

Of course, anybody who’s been paying attention to American history, both modern and from decades ago, knows what Wray said is completely untrue.

According to the Cambridge Dictionary, “systemic racism” is defined as the following: “policies and practices that exist throughout a whole society or organization, and that result in and support a continued unfair advantage to some people and unfair or harmful treatment of others based on race.”

That definition is certainly consistent with FBI actions especially undertaken by its very first director, J. Edgar Hoover, who had his hand in several high-profile assassinations of Black leaders.

In fact, the FBI headquarters building is named for Hoover,

The FBI has also in the past labeled Black Lives Matter (BLM) protesters as “Black identity extremists,” a term that has revealed itself to be a racist misnomer.

“The FBI assesses it is very likely Black Identity Extremists perceptions of police brutality against African Americans spurred an increase in premeditated retaliatory lethal violence against law enforcement and will likely serve as justification for such violence,” a 2016 agency report said in part.

The U.S. Department of Homeland Security and the FBI were monitoring BLM protests and circulated information in 2016 to law enforcement agencies about possible threats, according to internal documents obtained through a lawsuit filed by the Center for Constitutional Rights and the Color of Change and shared with Al Jazeera. Those documents revealed that the FBI warned of attacks against law enforcement by Black radical groups after Micah Xavier Johnson shot and killed five Dallas police officers in July 2016—even though the agency said Johnson acted alone and had no ties to BLM. The FBI also feared that that Black radical groups would launch violent attacks on the Democratic and Republican National Conventions in 2016, but they never happened.

At the time, Attorney General Jeff Sessions denied seeing the report when asked by Black lawmakers at a congressional hearing. That denial prompted then-California Rep. Karen Bass to ask him whether the FBI produced a similar report on the Ku Klux Klan and other groups of white supremacists.

Jeff Sessions was asked why the FBI investigates ‘Black extremists’ but not the KKK. It did not go well for him. pic.twitter.com/4HW2cYSvyl

The FBI’s headquarters is named for J. Edgar Hoover, who approved the infamous and cowardly Chicago raid that assassinated Black Panther Party Illinois Chairman Fred Hampton while he slept. At the time, Hoover considered the Black Panther Party “the most dangerous group in America.” That killing was meant to silence a powerful Black voice, something that the FBI has also been accused of doing with the assassinations of both Dr. Martin Luther King Jr. and Malcolm X.

It is well-documented how Hoover resented King and his Southern Christian Leadership Conference, while at the same time not taking any steps to confront the white supremacy ideology that he and his agency clearly adhered to and enjoyed privileges from.

It’s also no secret that the FBI has been alleged for decades to have played a role in the assassination of Malcolm X, an assertion that got some new legs last month when it was reported that a former NYPD officer’s deathbed confession admitted that his police department and the FBI conspired together in the killing. As they say, where there’s smoke, there’s fire.

And then there’s the FBI’s Counter Intelligence Program (COINTELPRO), which research by the nonprofit and nonpartisan Georgetown University Center for Security Studies accurately showed was “crafted by” Hoover and “targeted anti-war, Black liberation movements and civil rights leaders.” King was under COINTELPRO surveillance.

Wray has previously called COINTELPRO “one of the darker moments in FBI’s history.” But judging by his answer to Kennedy’s question Tuesday, Wray clearly doesn’t think that nearly 60-year-old FBI legacy constitutes or contributed to its systemic racism.

Just last year, the person manning the FBI’s Twitter account posted a tweet on MLK Day claiming the agency “honors the life and work of the Reverend Dr. Martin Luther King, Jr.” The kicker was how the tweet added that an LMK quote is etched on a wall at its training facilities: “The time is always right to do what is right.” The tweet was posted without a hint of irony.

Today, the FBI honors the life and work of the Reverend Dr. Martin Luther King, Jr. A quote from Dr. King is etched in stone at the FBI Academy’s reflection garden in Quantico as a reminder to all students and FBI employees: “The time is always right to do what is right.” #MLKDay pic.twitter.com/UKMLAAZw5w 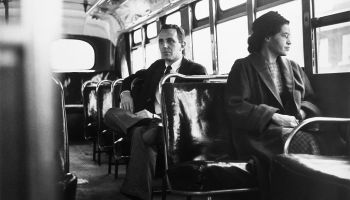