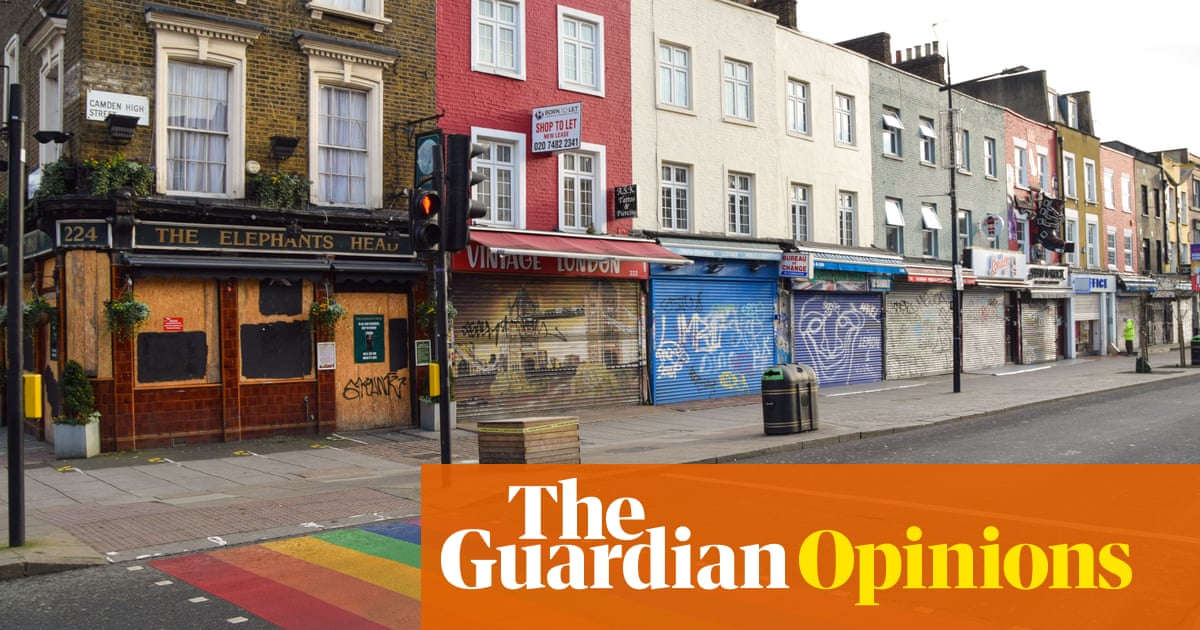 Our country is in the midst of the worst economic crisis of any major economy. The question facing us all is why, in one of the richest countries in the world, with our brilliant NHS, key workers and scientists, we have suffered so badly.

Part of the problem has been the government’s appalling economic mismanagement and slow decision-making over the past year. But it runs much deeper than that. The foundations of Britain’s economy, fundamentally weakened over the past decade, have been exposed by this crisis. Everywhere you look, the Conservative approach has proved disastrous. Millions of people have fallen through the gaping holes that the Tories have torn in the social security net. After a decade of negligence and broken promises on social care, a generation of older people were left exposed to the virus in a system that has become a national disgrace. The tragic consequences were entirely avoidable.

But instead of focusing on rebuilding our country, the chancellor’s delays in extending even existing support mean that the conversation around this week’s budget is defined by fiddling around the edges of the existing system. Why is he – yet again – leaving it as late as possible to confirm whether the furlough scheme will last until health restrictions are lifted, when we know that this dither and delay causes redundancies to spike? Why has he still not extended business rates holidays and VAT cuts for struggling companies? Why are families still facing cuts to universal credit and council tax rises forced through by the Westminster government? These are all problems that should have been sorted months ago so we could focus on rebuilding our economy. Instead, families and businesses must wait for Rishi Sunak to have his moment in the sun at the budget.

The chancellor’s approach is also economically illiterate. It is hard to find a serious economist who believes that immediate tax rises would achieve anything other than damaging Britain’s recovery. There is a clear long-term case for rises in the rate of corporation tax – as well as action against loopholes – where the Conservatives have made us an international outlier for a decade. If there was a sensible plan to raise the rate across this parliament, Labour would, of course, look at that carefully – but now is not the time for immediate tax rises.

However, that sensible approach does not appear to match the chancellor’s motivations. Instead, he has reportedly been going round telling Conservative MPs that if he puts taxes up now, he can cut them again in time for the next election. Instead of doing what is best for the country, he is doing what he thinks will benefit his party in 2024.

After a decade in which this government’s agenda failed on its own terms, missing every single one of the legally binding targets it set itself on debt and the deficit, it is once again so focused on the trees it cannot see the wood. Businesses are deeply concerned about the amount of debt they have had to take on over the past year. If they’re worried about loan repayments, they’re not investing for the future or taking on new staff. The chancellor should be ensuring they can lead our recovery and put us on the path to growth.

It is a similar story when it comes to household finances, where right now the Conservatives are threatening to push ahead with a triple hammer blow of council tax hikes, social security cuts and pay freezes. While the chancellor is hitting those families in their pockets, he is gambling that our recovery will be built on the back of the people who have managed to save during the crisis going out and splashing that cash when lockdown ends. But the Bank of England estimates that 95% of those savings will be held on to. That’s why Labour has proposed a British recovery bond – this would allow people to keep their money safe and have a stake in the country’s future via the national infrastructure bank. The Bank of England should play a central role in driving the recovery, as part of a broader package. That’s why we are calling on the government to bring forward £30bn of capital spending into the next 18 months to support the creation of 400,000 new jobs.

A Labour budget would hand power to local communities to breathe new life into struggling town centres and high streets – stopping the Conservatives from selling them off to the highest bidder from this summer onwards. It would create security at work and opportunity across the country in areas that have been held back for too long. It would match the ambition of the British people by securing our economy in the short term and rebuilding it in the long term. Beyond the rhetoric, the headlines and the photo opportunities, the Conservatives don’t offer anything like this: just a return to the insecure and unequal economy of the past. That simply will not do.