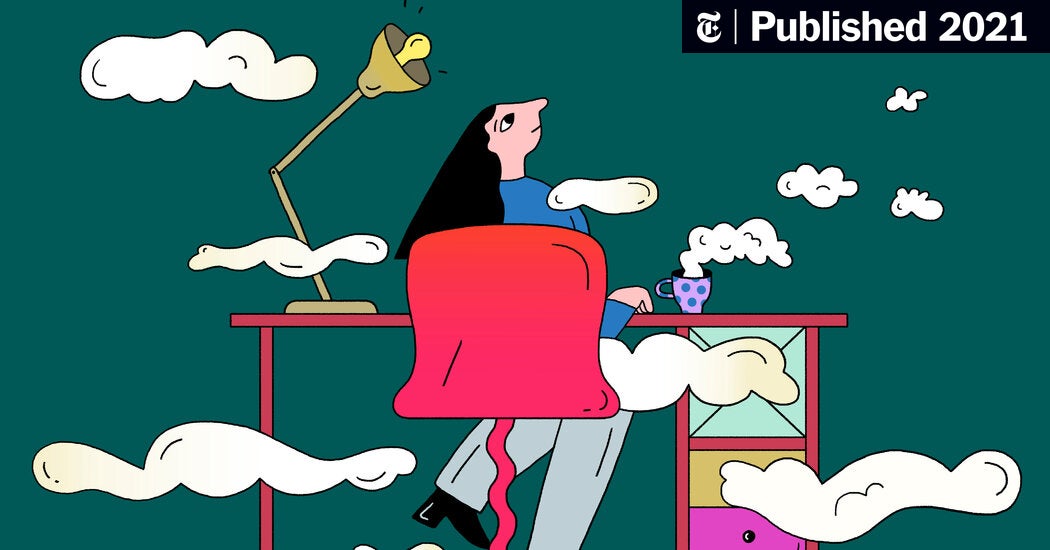 When I was in elementary school in the ’80s, no one ever brought up the possibility that I had A.D.H.D. Experts say that’s not uncommon. Because men tend to exhibit more disruptive symptoms than women, they’re far more likely to be given diagnoses early on, said Russell Barkley, a psychiatry professor at Virginia Commonwealth University Medical School and author of “12 Principles for Raising a Child With A.D.H.D.”

Dr. Stein noted: “For 10 or 15 years now we’ve been talking about how it’s not identified in females, and that it’s often missed, and even though we’ve improved somewhat it’s still much more likely to be missed in females, especially in moms.”

Research shows girls with A.D.H.D. tend to internalize their struggles rather than acting out. “Girls tend to be a little bit more inattentive and less hyperactive,” Dr. Barkley said. “If they’re disruptive, it’s mainly talking too much and socializing, whereas the boys, if they’re disruptive, it tends to be more reactive emotion and aggression, as well as defiance and oppositional behavior.”

Dr. Stein said the increasing stressors and external demands of motherhood can worsen A.D.H.D. symptoms. “I think of A.D.H.D. women as typically suffering in silence,” he said. They may seek care for something like being demoralized or having low self-esteem, or feeling overwhelmed, he said. “It’s often assumed this is a mood disorder or depression.” He added, “We’re treating the effects and the aftereffects” of A.D.H.D., “but not the underlying cause.”

I’ve had anxiety for most of my adult life; experts say the longer A.D.H.D. goes untreated, the more likely people are to experience comorbidities like anxiety, depression, substance abuse, and bulimia/binge eating. About 30 percent of children with A.D.H.D. have an anxiety disorder, a statistic that increases in adulthood. While many women do have depression and anxiety, Dr. Barkley said, “It’s just that it’s being picked up as the primary problem without looking behind the curtain, so to speak, to see what else might be there that could also be contributing to these difficulties.”

Dr. Zylowska said treatment tools for adult A.D.H.D. are very similar to those for children, but newly diagnosed adults often have an additional problem of struggling with feelings of self-doubt and shame. “You sort of have this long-life experience of getting in your own way, of having good intentions, but not being able to deliver, and that can be really demoralizing,” she said. Part of the treatment is to “help develop this less judgmental, less negative view of yourself, understanding A.D.H.D. as a neurobiological difference and developing self-acceptance and self-compassion, which can really be important,” Dr. Zylowska said.