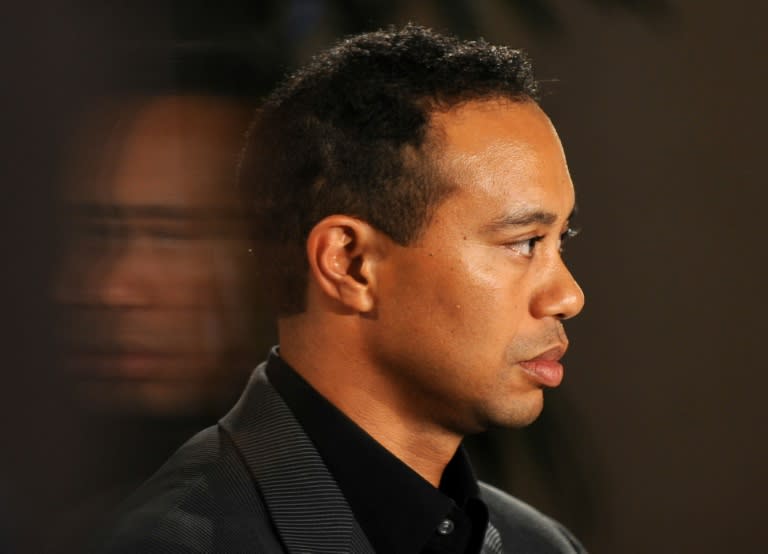 Golf legend Jack Nicklaus and US Open champion Bryson DeChambeau were among a shocked golf world praying for Tiger Woods on Tuesday as the 15-time major champion was undergoing surgery for multiple leg injuries following a solo car crash near Los Angeles.

Nicklaus, the only player to win more majors than Woods with 18, was shocked to learn of the accident.

“Barbara and I just heard about Tiger’s accident, and like everyone else, we are deeply concerned,” Nicklaus tweeted.

“We want to offer him our heartfelt support and prayers at this difficult time. Please join us in wishing Tiger a successful surgery and all the best for a full recovery.”

Reigning US Open champion Bryson DeChambeau was among PGA Tour players at The Concession Golf Club in Bradenton, Florida, stunned at the news about Woods, tweeting he was “heartbroken and shocked” and later saying he was confident Woods would fight back.

“From everything that I know about Tiger, I’m sure he’ll recover and he’ll do everything in his power to come back,” DeChambeau said. “It’s something that I feel terrible about for him.”

DeChambeau noted the comeback made by Ben Hogan, who was involved in a major crash in 1949 but recovered and won six of his nine major titles after sustaining the injuries.

“Whatever has happened, he has always come back from it in a pretty amazing way,” DeChambeau said of Woods. “He’s an amazing human being that has done incredible things.

“I mean, you look back to Ben Hogan and what happened with him in the bus crash, right, and what he was able do after that.

“I have no doubt in my mind he’ll be back. Take him a little longer, I’m sure, but from my perspective he’s one of the most impressive human beings I’ve ever met and I think that he’ll come back just fine.”

Asked what Woods means to players on tour, DeChambeau said, “Well, he’s what inspired me, so he means everything.”

Third-ranked Justin Thomas was stunned to learn of serious injuries to Woods, the 45-year-old US star whose 82 career US PGA titles is level with Sam Snead for the all-time record.

“I hope Tiger is all right,” third-ranked Justin Thomas said. “Yeah, I’m sick to my stomach.

“You know, it hurts to see one of your — now one of my closest friends get in an accident. Man, I just hope he’s all right. Just worry for his kids, you know. I’m sure they’re struggling.”

Woods played in an event with his son Charlie in December just before undergoing his fifth back surgery, a microdiscectomy he hoped would heal him in time to play at the Masters in April.

“We are awaiting further information when he comes out of surgery. On behalf of the PGA Tour and our players, Tiger is in our prayers and will have our full support as he recovers.”

Woods, whose most recent victory at the 2019 Zozo Championship in Japan, overcame back surgery to win the 2019 Masters and complete an epic comeback when he feared back pain might deprive him of a normal life.

“@tigerwoods, just seen the awful news. We know how tough you are, we’ve seen it a hundred times,” England’s Justin Rose tweeted. “Hoping and praying you’re ok my friend.”

“Thoughts are with @TigerWoods and others involved, wishing a speedy recovery and I hope the injuries are not bad,” England’s Ian Poulter tweeted.

It wasn’t only the golf world that was wishing the best for Woods.

Actress Jada Pinkett Smith, who had been at a golf event with Woods on Monday, tweeted: “Prayers up for the GOAT @TigerWoods who was in an accident this morning. Was just with him yesterday. Don’t take not even a MOMENT for granted! I know you’re good because your Tiger within is a beast!!!”

NBA legend Magic Johnson tweeted: “Everyone send your prayers out to Tiger Woods! He was just in a bad car accident. Let us all pray for his speedy recovery.”