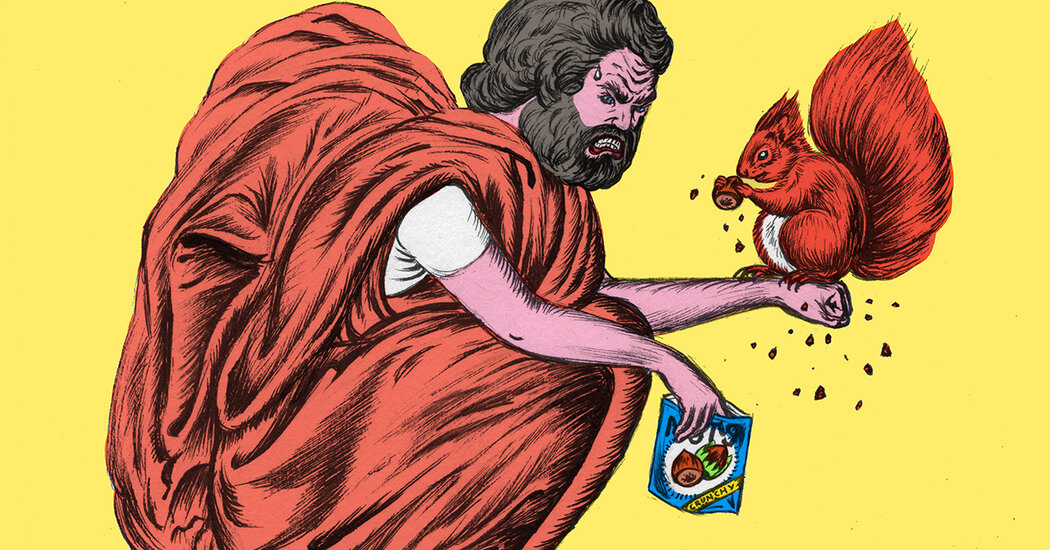 “The savage people in many places of America,” writes Thomas Hobbes in “Leviathan,” responding to the charge that human beings have never lived in a state of nature, “have no government at all, and live in this brutish manner.” Like Plato, Hobbes associates anarchy with animality and civilization with the state, which gives to our merely animal motion moral content for the first time and orders us into a definite hierarchy. But this line of thought also happens to justify colonizing or even extirpating the “savage,” the beast in human form.

Our supposed fundamental distinction from “beasts, “brutes” and “savages” is used to divide us from nature, from one another and, finally, from ourselves. In Plato’s “Republic,” Socrates divides the human soul into two parts. The soul of the thirsty person, he says, “wishes for nothing else than to drink.” But we can restrain ourselves. “That which inhibits such actions,” he concludes, “arises from the calculations of reason.” When we restrain or control ourselves, Plato argues, a rational being restrains an animal.

In this view, each of us is both a beast and a person — and the point of human life is to constrain our desires with rationality and purify ourselves of animality. These sorts of systematic self-divisions come to be refigured in Cartesian dualism, which separates the mind from the body, or in Sigmund Freud’s distinction between id and ego, or in the neurological contrast between the functions of the amygdala and the prefrontal cortex.

I’d like to publicly identify this dualistic view as a disaster, but I don’t know how to refute it, exactly, except to say that I don’t feel myself to be a logic program running on an animal body; I’d like to consider myself a lot more integrated than that. And I’d like to repudiate every political and environmental conclusion ever drawn by our supposed transcendence of the order of nature. I don’t see how we could cease to be mammals and remain ourselves.

There is no doubt that human beings are distinct from other animals, though not necessarily more distinct than other animals are from one another. But maybe we’ve been too focused on the differences for too long. Maybe we should emphasize what all us animals have in common.

Our resemblance to squirrels doesn’t have to be interpreted as a threat to our self-image. Instead, it could be seen as a hopeful sign that we will someday be better at tree leaping.

Crispin Sartwell teaches philosophy at Dickinson College in Carlisle, Pa. His most recent book is “Entanglements: A System of Philosophy.”

Now in print: “Modern Ethics in 77 Arguments,” and “The Stone Reader: Modern Philosophy in 133 Arguments,” with essays from the series, edited by Peter Catapano and Simon Critchley, published by Liveright Books.