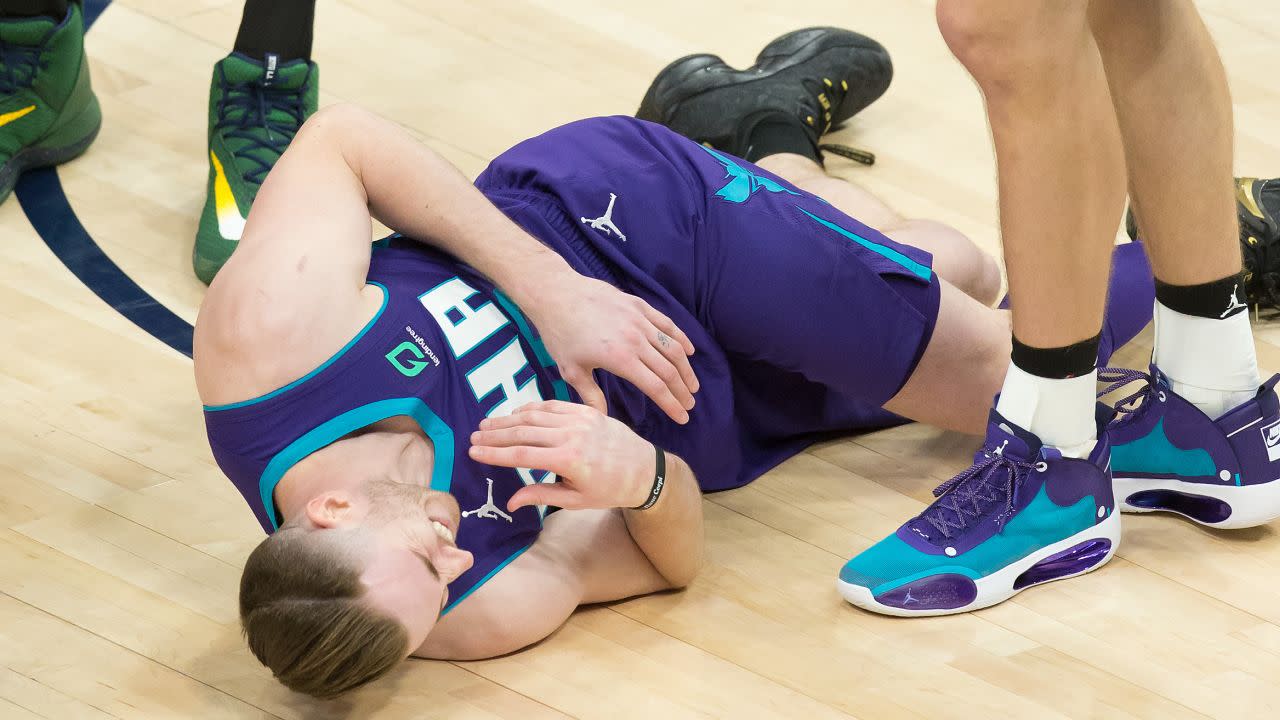 Gordon Hayward might have the worst injury luck in the NBA.

The veteran forward is enjoying a tremendous first season with the Charlotte Hornets after joining the team in the offseason as part of a sign-and-trade involving the Boston Celtics.

Hayward leads the Hornets in scoring at 21.9 points per game, along with 5.4 rebounds and 3.9 assists per matchup. His hot start in Charlotte is now in danger of coming to a halt, though.

He fell in the fourth quarter of Monday night’s game versus the Utah Jazz and re-aggravated a right hand injury. Hornets head coach James Borrego admitted the team is “concerned” about the situation.

James Borrego on Gordon Hayward’s right hand (or wrist) injury: “Obviously, we are all concerned.”

Hayward is among the candidates to be named an All-Star reserve in the Eastern Conference. The reserves for both conferences will be announced Tuesday night on TNT. Even if Hayward does make the All-Star Game, it probably would be best for him and the Hornets that he didn’t play.

The Hornets have been one of the surprise teams in the East this season, and they enter Tuesday tied with the Chicago Bulls for the eighth and final playoff spot. Hayward, Terry Rozier and rookie guard LaMelo Ball have fueled Charlotte’s leap to playoff contention.

Losing Hayward for any amount of time would be a significant blow to a roster that sorely needs his scoring, playmaking and experience.