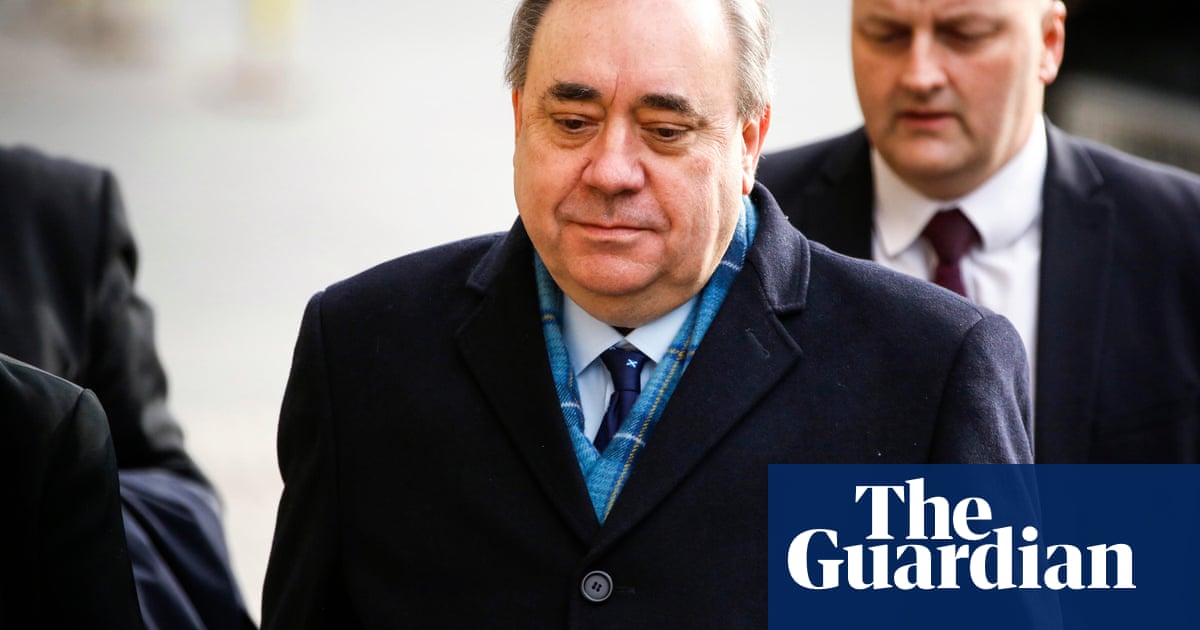 The Crown Office has warned the Scottish parliament it has “grave concerns” about the publication of new claims by Alex Salmond that there was a “malicious and concerted” attempt by former colleagues to banish him from public life.

The Crown Office, Scotland’s prosecution service, wrote to Holyrood late last night after it published some explosive allegations by Salmond that Scottish National party and government figures wanted to destroy his reputation “even to the extent of having me imprisoned”.

Several sources have confirmed that prosecutors asked the Scottish parliament to either withdraw or redact Salmond’s latest submission, warning it had “grave concerns” it was potentially in contempt of court.

The parliament’s corporate body went into emergency session early on Tuesday morning to consider the Crown Office’s letter. A Holyrood spokesperson confirmed its lawyers had already written back asking the Crown Office for clarification about its concerns.

A Crown Office spokesperson would not confirm that it had complained. “In all cases where the Crown becomes aware of issues of potential contempt, these will be considered carefully and action will be taken if considered appropriate,” he said.

“We don’t confirm what we may have done about concerns we may have. One of the risks of providing details is that the potential impact of any breach may be worsened.”

Salmond’s 26-page final submission to a Holyrood inquiry said that group included Peter Murrell, the chief executive of the SNP, who is Sturgeon’s husband, as well as the party’s compliance officer, Ian McCann, and Liz Lloyd, Sturgeon’s chief of staff in the government.

He said the Holyrood inquiry into the devolved government’s botched investigation into two allegations of sexual assault against him had already found evidence of behaviour by officials, advisers and ministers “which taken individually could be put down to incompetence, albeit on an epic scale.

“However, taken together, and over such a prolonged period, it becomes impossible to explain such conduct as inadvertent coincidence. The inescapable conclusion is of a malicious and concerted attempt to damage my reputation and remove me from public life in Scotland.”

After winning his judicial review in January 2019, when a court ruled the internal inquiry was “tainted by apparent bias” and unlawful, Salmond was charged with 14 counts of sexual assault, including an attempted rape. He was then acquitted of every charge after a two-week trial in March 2020.

His allegations were immediately rebutted by the SNP, Sturgeon and Lloyd, who accused the former first minister of failing to produce any evidence to justify his claims.

In her own submission to the inquiry, Lloyd said any suggestion she sought to influence the government’s complaints procedure used to investigate Salmond in 2018 was “demonstrably false”. Nor did she have any say in the government’s decisions about the judicial review he mounted and then won against its complaints investigations.

She rejected any insinuations she had leaked a report accusing Salmond of sexual misconduct to the Daily Record as unfounded. “I reject the allegation in its entirety and note that it is not substantiated by any evidence and is founded on a number of claims that are false,” Lloyd said.

“He [Salmond] has made claims, or he appears to be making claims or suggestions there was some kind of conspiracy against him or concerted campaign against him, there is not a shred of evidence about that, so this is the opportunity for him to replace insinuation and assertion with evidence,” she told STV.

Salmond is due to give evidence in person to the Holyrood committee on Wednesday after weeks of disputes about whether it is legally safe for the parliament to publish his submissions.

Late last week, Holyrood’s ruling corporate body, made up of party representatives, agreed it could be published after Lady Dorrian, Scotland’s second most senior judge, amended a court order she imposed during Salmond’s trial.

Salmond alleges the strongest evidence of a conspiracy is contained in text messages in the evidence from this trial, which the Crown Office has refused to release for legal reasons.

But he argues evidence already given to the committee clearly showed the Scottish government’s complaints policy was designed to snare him, by making its terms retrospective to include previous ministers.

He accused Sturgeon and Leslie Evans, the permanent secretary of the Scottish government, of doing so in meetings in late 2017 when the policy was being drafted.

Evans and other senior civil servants have already denied on oath they deliberately pursued Salmond. Backed by Sturgeon, Evans said the policy was the necessary and lawful, to ensure government employees had a safe workplace.