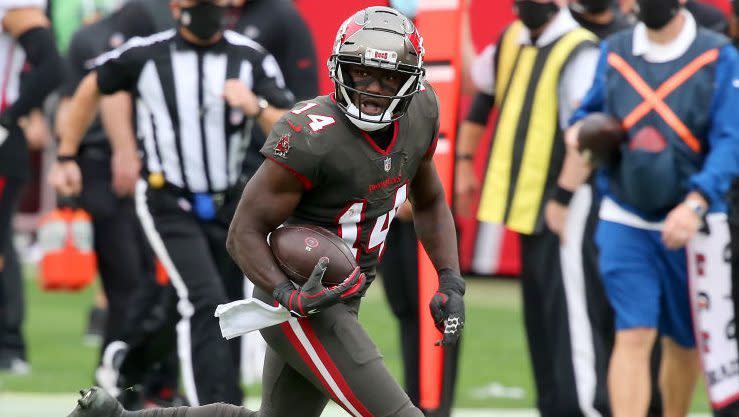 Buccaneers wide receiver Chris Godwin is one of a handful of key players from the Super Bowl LV champs that are on their way to free agency next month and he shared some of his thoughts about the situation on Tuesday.

Godwin was a guest on The Pat McAfee Show and said that he thinks the Bucs continue to be headed in the right direction after the successful end to the 2021 season, which makes him want to continue to play for the team that drafted him in the third round of the 2017 draft.

He knows that he can’t close his eyes to the possibility that he’ll wind up playing elsewhere if the numbers don’t add up in Tampa, although he promised that money won’t be the only consideration when and if he hits the open market.

“I want to be here. I love the guys on the team,” Godwin said. “I think we got something special, but, at the same time, you got to consider all the possibilities out there and consider doing what’s best for you and your family. . . . The goal obviously is to get paid, right? But, at the same time, I’m not stupid. I’m not going to put myself in a situation where I’m going to be miserable for some years to come just for a couple extra dollars. I think my happiness is paramount in all of this and part of that happiness is winning.”

The window to use franchise tags opened Tuesday and Godwin is a candidate for it in Tampa. Godwin told McAfee that he’d prefer to sign a long-term deal, but will “revisit later” if that’s what the team decides to do.

Chris Godwin: I won’t put myself in miserable situation for a few extra dollars originally appeared on Pro Football Talk