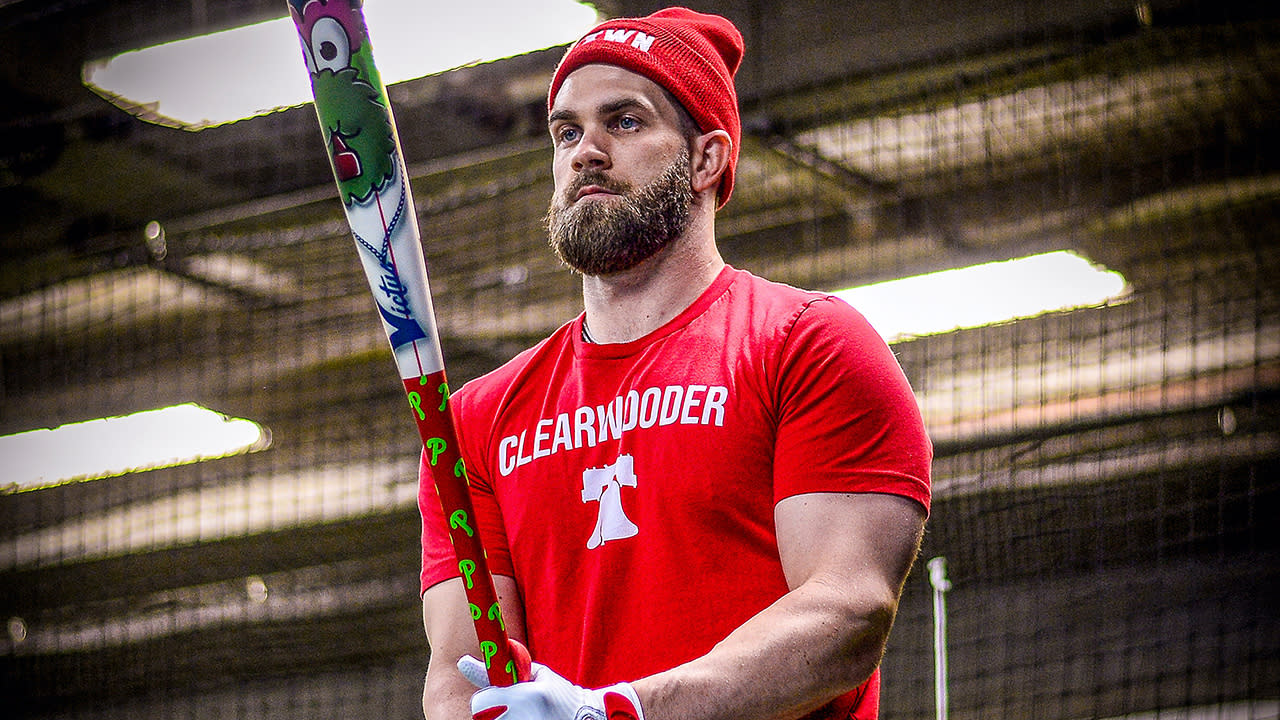 Bryce Harper showed up to camp lookin’ yoked and ready to hit some dingers.

His Captain Philadelphia outfit was complete with the Phanatic bat and Clearwooder shirt.

Harper has appeared in 215 of 222 possible games and the Phillies have gone 109-113. After retaining their top two free agents and adding a bulk of pitching help, they should be better this season than the previous two.

The Phils’ full squad reported Monday and their first Grapefruit League game is Sunday at 1:05 p.m. against the Tigers in Lakeland. Here is their spring training schedule.