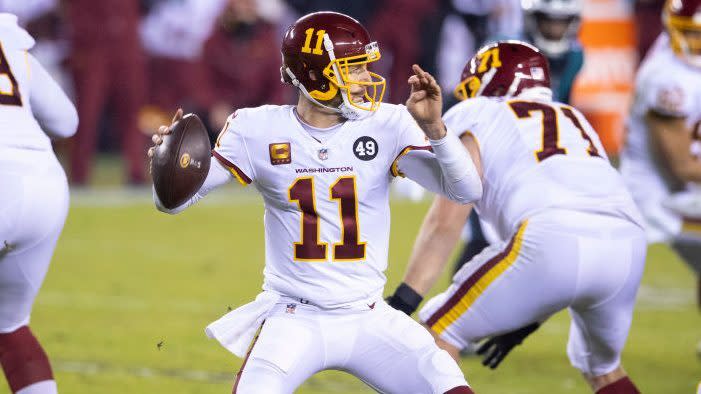 After benching Dwayne Haskins and watching Kyle Allen go down with an ankle injury, the Washington Football Team turned to Alex Smith as their starting quarterback.

It was Smith’s first time in that role since the 2018 leg injury that threatened his life and career, but he was able to do well enough that Washington won five of his six starts and won the NFC East title. While having Smith on hand worked out for the team, Smith told Clay Skipper of GQ that he didn’t feel overly welcome when he first told the team he was going to try to play again.

Smith said the team “never thought I was coming back” and that “it wasn’t like open arms” when he said he was planning to return to action.

Smith had a guaranteed salary of $16 million last season, so there wasn’t much reason for Washington not to give him a shot once he did get cleared to play. He remains under contract for 2021, but the team would only be on the hook for $8.6 million of his $23.3 million cap hit if they decided to move on without him.

There’s been no word on their plans and Smith didn’t say anything definitive about his plans regarding playing in 2021 in the interview, but he did reiterate that he believes he has more to do on the field.