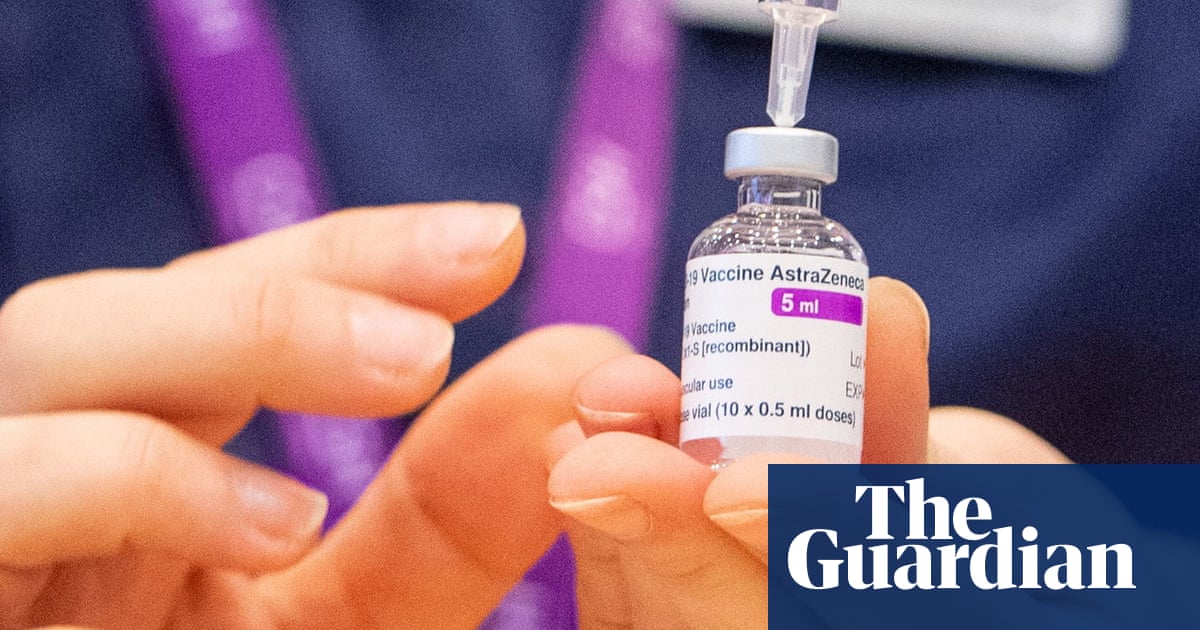 German authorities have issued a recommendation that the Oxford/AstraZeneca coronavirus vaccine should not be used on people aged 65 or above, citing a lack of sufficient data to recommend its use in older age groups.

The move comes ahead of a ruling by the European Medicines Agency on the vaccine on Friday. AstraZeneca and the vaccine’s developers have consistently said it is safe for older adults.

A statement issued on Thursday by the standing committee on vaccination of the Robert Koch Institute, Germany’s disease control agency, said: “There is insufficient data to judge how effective the vaccination is above 65 years.”

For this reason, the statement said, it could only recommend using the vaccine made by the British-Swedish pharmaceutical company “on people aged 18 to 64”. In all other respects, the German advisory committee said, the AstraZeneca vaccine was as “equally suitable” as those manufactured by Pfizer/BioNTech and Moderna.

Germany’s health minister, Jens Spahn, had indicated earlier that he was considering adjusting the priority list for the AstraZeneca vaccine, starting with younger people with pre-existing conditions or medical staff rather than older people.

Earlier in the week, a spokesperson from the University of Oxford, which developed the vaccine, said clinical trials showed similar immune responses in younger and older adults, a good safety profile and high efficacy in younger adults.

While there was less data from older adults involved in the trials, the team say early figures were promising. “Preliminary efficacy data in older adults supports the importance of this vaccine for use in this population,” they said.

Earlier in the week the German government was forced to deny reports of a lower-than-expected efficacy rate of the Oxford/AstraZeneca vaccine for older people, after a report in business daily Handelsblatt claimed it was only 8% effective among the over-65s.

Germany’s health ministry distanced itself from the report, suggesting it had mixed up the efficacy rate for over-65s with the number of seniors involved in AstraZeneca’s trials.

But even in his rebuttal health minister Jens Spahn voiced some criticism of AstraZeneca’s trial data, saying “it has been known since the autumn that fewer seniors were included in the trials supplied by AstraZeneca than the trials of other manufacturers.”

​Calculations in the daft German authorities’ recommendation show that ​only 6% of probands in the trials were older than 65, with 341 participants receiving a shot of the AstraZeneca vaccine and 319 receiving a placebo.

In the trial, one infection was recorded in the treatment group and one in the placebo group, creating a high confidence interval that the German authorities describe in their report as “no longer statistically significant”.

“Any assessment about the efficacy of the vaccination among the highest age group (≥75 years) therefore comes with a high level of uncertainty”.