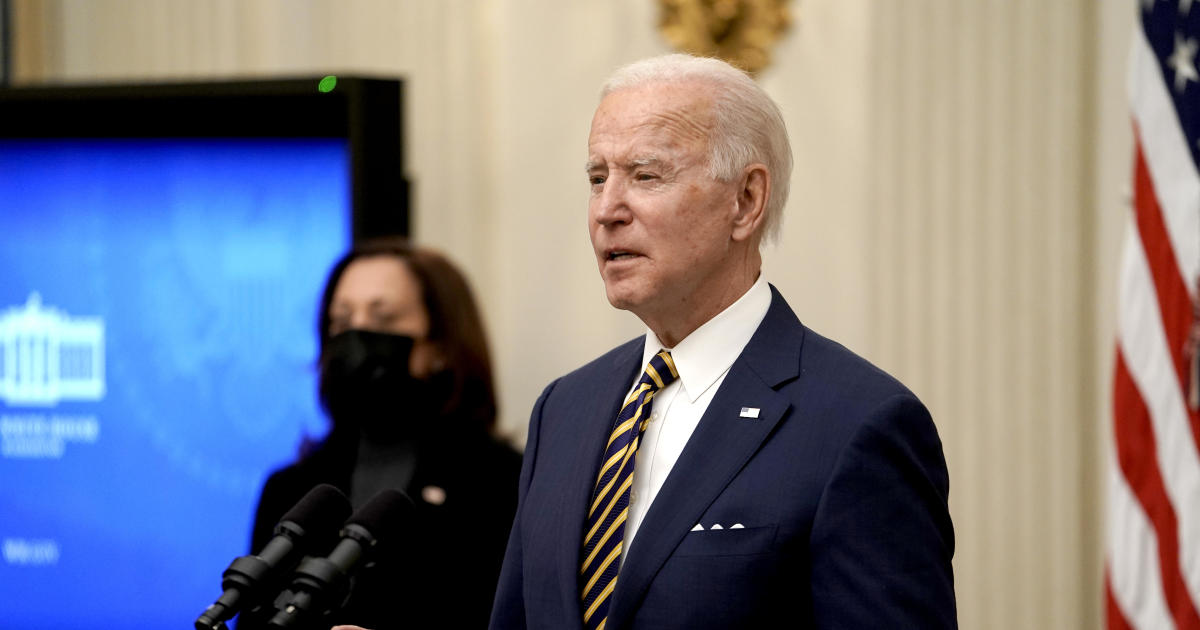 President Biden is delaying by at least a few days a series of executive actions on immigration that were anticipated as early as this week, including the reversal of Trump-era asylum policies and a plan to reunite migrant families separated at the U.S.-Mexico border, two people familiar with the ongoing deliberations told CBS News.

A specific reason for the delay was not clear. A document circulating Washington obtained by CBS News that outlined Mr. Biden’s expected early executive actions indicated that several orders on immigration were originally set to be issued Friday, but it also stressed the timetable was subject to change.

A memo released by White House chief of staff Ron Klain just before Mr. Biden’s inauguration also said a specific plan to reunite migrant families would come before February 1. The White House did not comment on Mr. Biden’s plans.

According to the outline of early executive actions, Mr. Biden is expected to sign directives to ramp up refugee admissions, review limits on legal immigration, revoke some of the Trump administration’s restrictions on U.S. asylum and establish a task force to reunite families separated by border officials.

One of the orders would address the processing of migrants along the southern border and reverse Trump-era policies that narrowed asylum eligibility and required those seeking U.S. humanitarian refuge to wait in Mexico or seek sanctuary in third countries.

Another directive would create a government task force to help advocates locate migrant families who were separated under the Trump administration’s “zero tolerance” policy in 2018 and earlier pilot programs. For more than two years, the American Civil Liberties Union and other advocacy groups have located hundreds of separated families, but have been unable to track down more than 600 parents — many of whom were deported to Central America without their children.

A third order would mandate an immediate review of several Trump administration measures that curbed legal immigration, including the “public charge” rules that granted officials more power to deny green card and visa applications from immigrants who used or were likely to use different forms of government assistance, like food stamps and housing vouchers.

The annual refugee cap is a target and does not require officials to resettle an exact number of people.

The delay of the executive orders comes as Mr. Biden’s choice to lead the Department of Homeland Security, Alejandro Mayorkas, is expected to be confirmed by the U.S. Senate on Monday after a delay caused by Republican concerns that forced the chamber to use procedural tactics that slowed a final vote.

The president’s choice to lead the Department of Health and Human Services, Xavier Becerra, is still awaiting hearings to consider his confirmation. The department oversees the U.S. refugee agency, which is responsible for housing unaccompanied migrant children.

During his his first day in office, Mr. Biden ordered a halt in border wall construction; instructed DHS to safeguard a deportation relief program for undocumented immigrants brought to the U.S. as minors; and rescinded Trump-era travel and immigration restrictions on 13 countries, most of which are African or majority Muslim.

DHS also partially suspended Mr. Trump’s policy of requiring asylum-seekers to wait in Mexico for the duration of their U.S. immigration court cases and enacted a 100-day moratorium on certain deportations, a measure that has since been temporarily blocked by a federal judge in Texas.